Questions of trust: informants who help terrorists | Germany | News and in-depth reporting from Berlin and beyond | DW | 28.09.2012

There is more and more evidence that some of those who helped the far-right terrorist cell the National Socialist Underground were police informants. But the group remained undetected. So what are informants for? 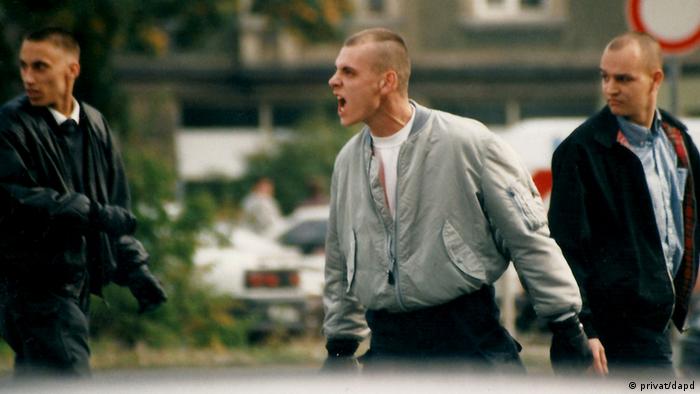 "It seems pretty logical to me," says secret service expert Wilhelm Dietl on the question of whether German investigators actually did have informants in direct contact with the National Socialist Underground (NSU) terrorist cell.

"The far-right scene is covered better than any other criminal scene in this country," he said. Therefore it appears more than likely that there were police informants with contacts to the NSU while they carried out their decade-long murder campaign. 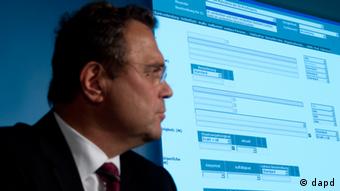 Friedrich could not have known that helpers were also informants

In July, Interior Minister Hans-Peter Friedrich insisted there were no informants among the NSU's accomplices. That has now been proved wrong. In September, it emerged that the Berlin criminal police had an informant who reportedly supplied the terrorist group with explosives. Friedrich could not have known this, since the Berlin police force did not inform the secret service or the authorities of this cooperation.

The Berlin informant is one of 13 alleged NSU helpers currently being investigated by state prosecutors. Now the press is speculating that Ralf Wohlleben, former deputy leader of the Thuringian far-right National Democratic Party (NPD), was an informant to the German intelligence agency the Verfassungsschutz. 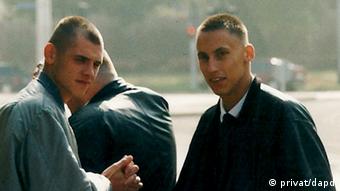 Wohlleben, right, is said to have been the NSU's chief accomplice

Wohlleben has been in custody since November 2011 because he apparently helped the NSU obtain a gun which the trio used to murder nine immigrants between 2000 and 2007. Wohlleben is said to have been the NSU's most important helper.

Many informants, no information

It is not publicly known how many informants German security forces have in the far-right scene. That is partly because the 36 different state and federal intelligence agencies and police forces in the country largely work independent of one another. On top of that, informants are led individually by single officers.

"An informant doesn't just apply to the personnel department of the police or the intelligence agency," Dietl explained to Deutsche Welle. "It's between him and whoever is running him." He thinks there are "probably a few hundred" police or intelligence informants in the far-right scene.

In the far-right group "Thüringer Heimatschutz," out of which emerged the NSU, and which also supplied its network of supporters, around a third of the members worked together with the state, says journalist Patrick Gensing. As far as he is concerned, that only means one thing: "Either state forces were deliberately given false information, or they received correct information and they did nothing with it."

Either way, the revelations provide ammunition to the German secret service's many critics. Gensing also considers the system of informants as a failure. "I think you can say that the NSU was not uncovered because of the informants, not despite them," he said. 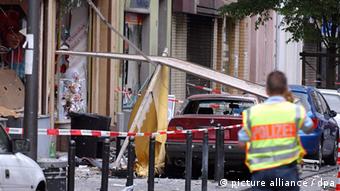 But Dietl says implementing stronger controls on informants will be problematic. "You can't really keep closer tabs on it any more," he said. "Because it's dangerous for the informant if too many people know of his or her existence." He also argues that the use of informants in the NPD has been helpful. "With the NPD, we knew quite a lot about what was happening," he said. "But that only works if the information is also processed and acted on appropriately."

The Interior Ministry intends to shed light on the suspected NSU helpers that were also informants by next week. A few more files will have to be dug up and re-assessed by then.

Missing files, ignored clues, dubious police informants - German police have a lot to answer for over the NSU murders. An investigation committee is trying to shed light on the scandal, but time is running short. (25.09.2012)

A new database of right-wing extremists is intended to give authorities central access to information. They hope to avoid another NSU debacle, in which terrorists evaded capture for over a decade. (20.09.2012)

The German Interior Ministry has officially launched a national database with information on suspected neo-Nazi extremists. It is meant to improve cooperation between security agencies and prevent right-wing attacks. (19.09.2012)