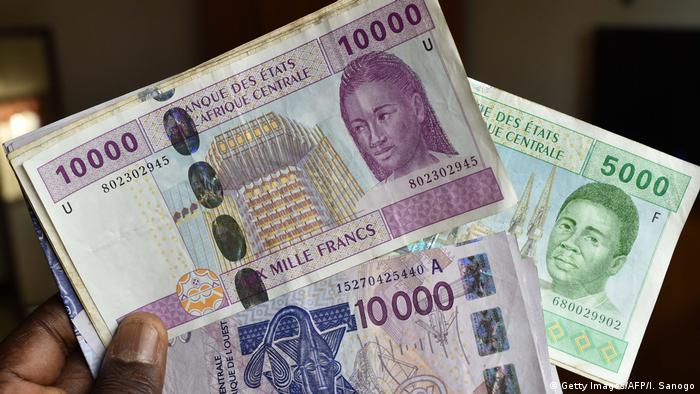 English-speaking members of Economic Community of West African States (ECOWAS), plus Guinea, on Thursday condemned a recent announcement that the French-backed CFA franc used in eight West African countries would be renamed as the Eco.

The move "is not in line" with plans by the regional bloc to adopt a single currency also called the Eco, they said in a statement issued after talks in the Nigerian capital, Abuja.

In late December 2019, Ivory Coast President Alassane Ouattara announced that the West African CFA franc, used by the former French colonies of Benin, Burkina Faso, Ivory Coast, Mali, Niger, Senegal and Togo, as well as by Guinea-Bissau, would be retired sometime in 2020 and replaced with a new currency – called the Eco.

The Francophone Eco, like the outgoing CFA, will be pegged to the euro. It will eliminate the requirement for members to lodge half of their reserves in the French treasury. France will also quit the currency's managerial institutions.

Ouattara's announcement came as a surprise to the six mainly Anglophone ECOWAS members who don't use the CFA franc. This is because back in June 2019, ECOWAS leaders had formally decided at a summit that the region's planned common currency should be called Eco — the same name as the CFA zone group now plans to adopt.

In a statement following Thursday's meeting, Nigerian Finance Minster Zainab Ahmed said the December announcement was "inconsistent with the decision of the Authority of the Heads of State and Government of ECOWAS for the adoption of the Eco as the name of an independent ECOWAS single currency."

The CFA Franc, first introduced by France in 1945, has long been attacked as a colonial relic, triggering protests in countries such as Senegal and Ivory Coast. 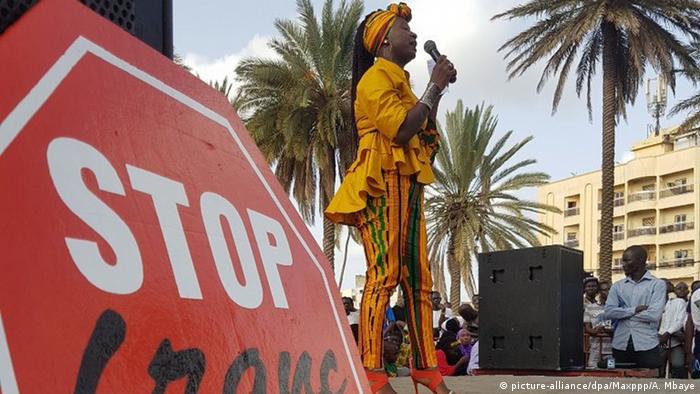 At this rally in Senegal in 2017, protesters called for an end to the CFA franc

"There has been a lot of pressure in these Francophone countries to reduce France's influence," said Tokunbo Afikuyomi, chief editor of the Nigerian business publication, Stears. "So they have now decided that they need to act quickly and form a new arrangement for a new currency."

With Ivory Coast and Togo facing presidential elections in 2020, and Burkina Faso and Niger parliamentary elections, the announcement of the CFA franc's demise could be seen as an electorate pleaser, the economics expert said.

The problem, Afikuyomi said, is that ECOWAS as a block wasn't moving fast enough to bring in its own regional currency that could potentially have replaced the CFA franc.

"What [the Francophone countries] have done has kind of blind-sided the rest of the ECOWAS group. They have almost taken it upon themselves to push ahead with the Eco plan."

Afikuyomi also called the timing of the announcement "politically and economically interesting" considering the tensions between Nigeria and its neighbors, which include Francophone Benin and Niger, following Nigeria's decision to close its borders as of August 2019.

"Nigeria is trying to exclude everyone else with its protectionist policies, so it could be that [the Francophone countries] are thinking: 'Now, let's do something else that excludes Nigeria.' That is also coming into play," he said.

The idea of a common currency for the West African region was first mooted almost 30 years ago in the hope of boosting cross border trade and economic development.

Its introduction has been postponed several times. In 2019, ECOWAS set a new target of 2020 for the single currency; most analysts, however, see this as highly unlikely.

Currently, only Togo and Conakry Guinea met the criteria for joining the ECOWAS-planned currency, according to Nigerian economist, Akpan Ekpo

"But you cannot have a monetary union with these two small economies," he said in a written statement to DW, adding that Nigeria, West Africa's biggest economy, and other countries like Ghana, Ivory Coast and Senegal must be part of the union for it to succeed. 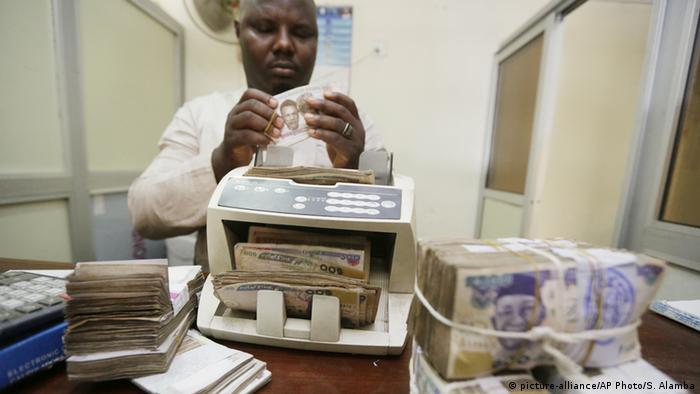 Nigeria makes up about two-thirds of West Africa's GDP, complicating the push for a common currency

Nigeria, however, has been struggling economically. While Ghana is enjoying some economic stability, its debt has surged massively in the past few years meaning won't meet the criteria any time soon. Meanwhile, the economy of the Ivory Coast is booming, but it's facing political instability ahead of the October elections.

"This all needs to be dealt with before [ECOWAS] can move forward," said Ghanaian economist Kwame Pianim on the phone from Accra.

Sola Jaiyesimi in Abuja contributed to this report.