No end in sight to Nigeria's border closures

Nigerian border crossings with Benin and Niger remain sealed despite a warning from West Africa's regional grouping that the shutdown is harming prosperity. 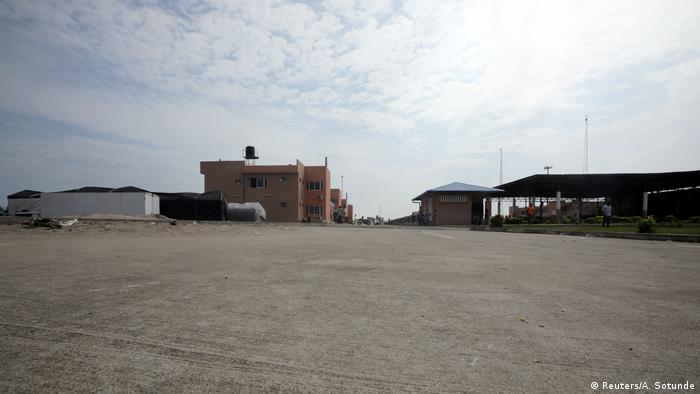 The Economic Community of West African States (ECOWAS) has appealed to the Nigerian government to reopen its borders.

It warned that the partial closing of border crossings to Benin and Niger, which prevents the free movement of people, is a violation of agreements signed by Nigeria.

"The closure of the Nigerian borders with Benin more than a month ago, and [with] Niger more recently, [are] a hindrance to the achievement of the Community's main objective, which is to achieve the creation of a prosperous, borderless West African region where peace and harmony prevail," the speaker of the Parliament, Moustapha Cisse Lo, said on Monday.

Nigeria abruptly sealed parts of its western border with Benin more than 30 days ago, followed by partial closures of its northern border to Niger.

An end to the border shutdown is still not in sight.

Since taking office in 2015, President Muhammadu Buhari has introduced policies aimed at boosting local agricultural production and reducing its dependence on crude oil, which provides some 90% of its foreign exchange.

Part of these plans include making Nigeria self-sufficient in rice and other agricultural products, such as palm oil.

The local production of rice — Nigeria's most popular food staple — increased between 2013 and 2017 to 8.9 million tonnes. But this still isn't enough to meet the demand of the country's 200 million people. 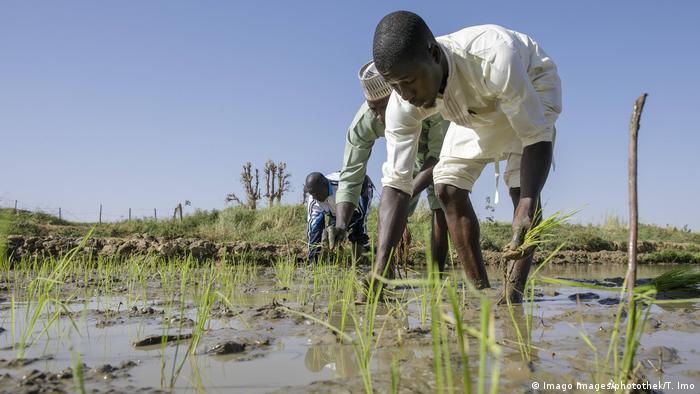 Nigeria is on a quest to boost local rice production

The shortfall, coupled with import controls, have kept the price of rice high and led to rampant smuggling of rice — mostly originating in Thailand and India — over the border into Nigeria.

"We cannot allow smuggling of the product at such alarming proportions to continue," Buhari was quoted as saying in a statement issued by his spokesperson following the border closures.

The government has said that the border closures are yielding results, and it had impounded hundreds of bags of imported rice.

Despite this, Nigerian rice vendor Tunde Agoi agrees with the measure.

"Since they closed the border, we are eating Nigerian rice," Agoi told DW in Lagos. "When people ask if we have foreign rice, we say, we do have rice, but let us use our property here."

Francis Mba, a spare parts salesperson, also believes that the government is doing the right thing.

"The situation of the country requires patience, the government is doing a turn around," he told DW.

"We are used to import anything through our border. And if there is going to be a stoppage, that will take time. For Nigerians, we want quick solutions, and I don't blame them, nobody wants a hard time. But if the government plays its own part to cushion the effects, it will do us a whole lot of good."

However, Tawa Ibrahim, a market trader in Lagos, complained that the border closure was affecting his business. 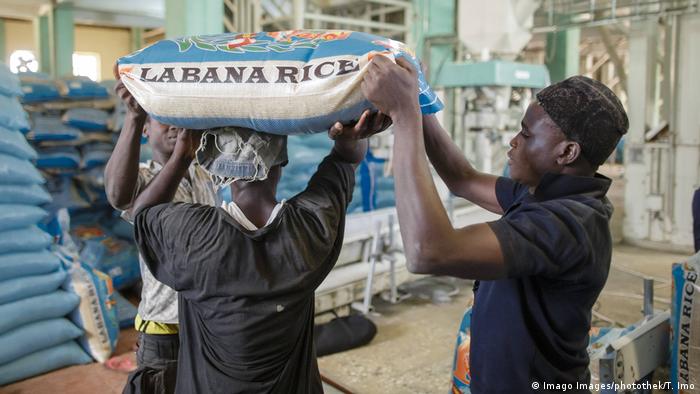 "Lake Rice (locally produced rice) would have been a better alternative for us, but we are not getting it to buy … Even the volume of okra needed to feed this nation cannot be produced in Nigeria. We rely so much on Cotonou (in Benin) for okra. That is why its price has also shot up since the border was closed," she is quoted as saying in an article by Sahara Reporters.

Nigerian economist Kenneth Nzoma has mixed views on the shutdown.

"When you look at all the food we are consuming in Nigeria, it is alarming. We even import common chicken, whereas we can produce them locally," he said.

However, the government needs to seize the chance to invest heavily in agriculture.

"The government has to look into power, into roles, into the system of agriculture, to help farmers get their products into the cities in the shortest time, so they don‘t get spoiled. These are the challenges," Nzoma told DW.

Henri Fotso of DW Africa - French and Uwaisu Idris of DW Hausa contributed to this article.

Tomato farmers in northern Nigeria are losing over 40 percent of their yield due to poor storage and processing facilities. Most use traditional methods of drying the fruits. (22.03.2019)

A Nigerian election tribunal has rejected a bid by the main opposition candidate, Atiku Abubakar, to overturn the February presidential election. (11.09.2019)

Nigeria has seen its crisis deepen in the third quarter. Renewed attacks on pipelines and a slump in oil prices sent the West African nation into its third quarterly contraction in a row, with no quick fix in sight. (21.11.2016)