'We'll continue to seek the truth about Flight MH370'

Almost a year after its disappearance, the fate of Malaysia Airlines Flight MH370 remains a mystery - a painful situation that has impacted the lives of many, as Sarah Bajc, whose partner was on the jet, tells DW. 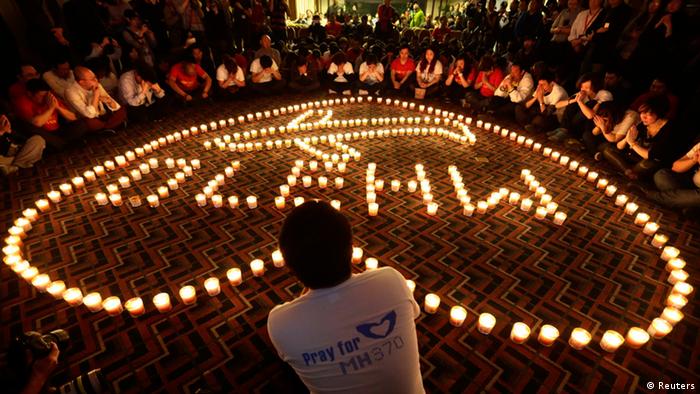 It has been a painful year for the grieving families and friends of the victims of Flight MH370. Despite the most expensive search and rescue operation in history, an international team of investigators has yet to find evidence of any wreckage.

Some family members are unwilling to accept the Malaysian government's conclusion that the passenger jet was lost as the result of an accident and that all people on board are dead. They are angry over how both the airline and the authorities have handled the passenger jet's disappearance, arguing no evidence has been found to support such claims. They have also expressed fears that the search operations might be called off.

The fate of the plane has been shrouded in mystery ever since it left Kuala Lumpur for Beijing in the early morning hours of March 8 last year with 239 people on board. Investigators believe an area west of Perth, Australia - along a narrow arc in the southern Indian Ocean - is the most likely resting place of the jet.

One year after the plane's mysterious disappearance, Sarah Bajc, whose partner Philip Wood was on board the flight, talks in a DW interview about how the incident has changed her life, why the victims' relatives mistrust the authorities' claims and how the incident has led to positive changes in the aviation industry. 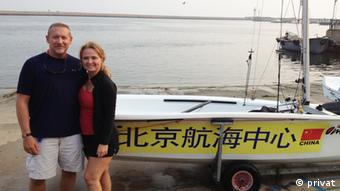 Bajc: 'Philip's disappearance has impacted my life in every possible way'

DW: One year on, to what extent has the MH370 incident impacted your life?

Sarah Bajc: Philip's disappearance has impacted my life in every possible way. My daily life, and my future have changed dramatically.

On a personal level, besides the time that we were both at work, we did everything together: drinking coffee on the balcony in the morning, doing yoga, cooking dinner, exploring the city, and sharing our thoughts and feelings.

We traveled extensively, including spending time with each other's children, family and friends. Now I'm alone. I am also constantly disrupted and distracted by my pursuit of the truth. I spend hours every day dedicated to research, discussions with experts, interface with other family members, and conducting interviews with media. It is like I have two full-time jobs: teaching high school and finding Philip.

How have the friends and families of the remaining victims dealt with the plane's disappearance?

Most of the family members have had the opportunity to meet each other, either in person or via social media. In general, it is a very supportive and valuable group.

Inmarsat: 'No hotspot' in search for Flight MH370

After failing to find signs of Flight MH370 on a swath of the Indian Ocean, searchers will focus on an area further south. But the spot viewed as the most likely resting place of the jet is no hotspot, Inmarsat tells DW. (18.06.2014)

Over two weeks into the disappearance of flight MH370, new satellite data has revealed the jet crashed in the Indian Ocean. Still, expert Chris Yates tells DW that we may never fully find out what happened on the plane. (25.03.2014)

However, our efforts to share information and help each other have been significantly hampered by the interference of the Chinese and Malaysian authorities as both governments have taken active steps to prevent the family members from organizing more formally.

Still, many of us have become quite close, and we'll continue to work actively together to find the truth.

How have the authorities prevented family members from organizing more formally?

The Chinese government has actively broken up family gatherings, saying they are illegal meetings, and have threatened some family members with prosecution or harassment.

The Malaysians are more subtle. They have discouraged public discussion by promising a sponsored "next of kin" group meeting and then doing nothing, so people are left waiting for help.

In the early stages of the crisis, we asked for help finding all those passengers' families who had not already met each other through other avenues. We wanted to include everyone in our discussions, but the authorities refused to publish central contact links, or even to acknowledge the association we established called Voice370.

What do you make of the way the authorities have handled the incident?

There is only one explanation of two unpleasant options: Either the Malaysian government is grossly negligent due to incompetence and corruption to the point that they have failed to handle even the simplest aspects of this situation, from the beginning until today, or they are intentionally covering up what really happened, either because they are to blame, or at the request of some other power. 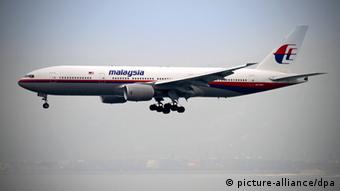 Significant evidence that should be normally released in an aviation incident investigation has been withheld, says Bajc

Has any member of the Malaysian government met with the victims' relatives?

There have been several very superficial meetings, mostly in the form of a government official making a statement to an audience of family members. There is no honest, interactive discussion. Most emails, letters, and requests for information have just been ignored. I have never been contacted by a government official about Philip or MH370.

You have commissioned a private investigation into the plane's disappearance. What results has it yielded so far?

The only thing we have learned conclusively is that active steps have been taken to silence witnesses and destroy or hide evidence. Dozens of people involved with the situation have been threatened to not talk.

Significant evidence that should be normally released in an aviation incident investigation has been withheld: full cargo manifest, full air traffic control records and recordings, military radar tracking and airline operations center records. If indeed this were an accident, all of those things would be released to validate that diagnosis. Yet they remain hidden. Why?

What do you make of Australia's response to the tragedy and how confident are you that the plane will be found there?

I do not believe the official story that MH370 is in the southern Indian Ocean. As such, the entire effort by Australia is in my view a complete waste of resources and public attention. The government of Australia is either very foolish to have accepted the task of searching the ocean floor without concrete evidence that the plane even went down there, or they are part of the cover-up. 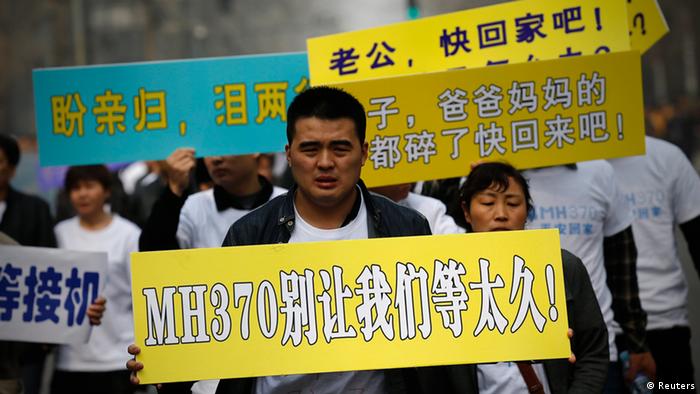 As a response to the disappearance of MH370, members of the United Nations' aviation arm, the International Civil Aviation Organization, recently endorsed a new standard that will require commercial aircraft to report their position every 15 minutes. What do you make of this step?

Yes, this is certainly a step in the right direction, though I would think every five minutes would make far more sense and still be very practical from a technical perspective. This is something that should have been done many years ago.

Other critically-needed changes include: a larger number of secured transponders that cannot be shut off, much more powerful signal beacons at various places on the plane, including the black box, with far longer-lasting batteries.

Sarah Bajc's partner Philip Wood is among the 239 passengers on missing Malaysia Airlines Flight MH370. Feeling misled by the investigating authorities, she and others have been campaigning to raise money for a whistleblower.