Web Summit 2019: Looking for the next tech top dogs

Who could be the next big player in the IT sector? Web Summit in Lisbon could shed light on this question. Tickets for Europe's biggest internet spectacle are sold out. 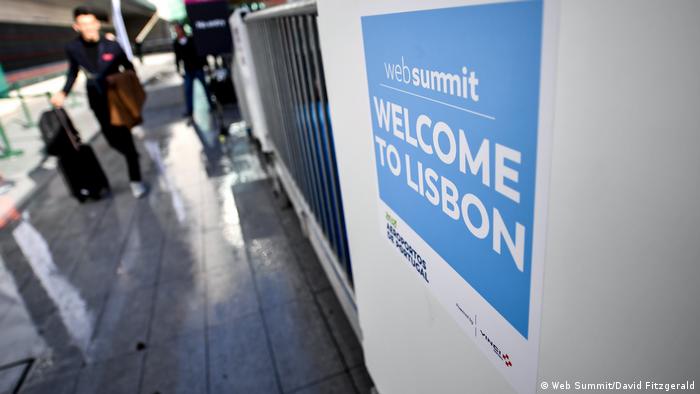 The meeting is a who's who of the technology community and political spectrum: Web Summit starts out with a video conference call featuring whistleblower Edward Snowden.

"Most participants at Web Summit want to know where the future is headed," organizer Paddy Cosgrave tells DW. "They want to know which companies will be the next big ones in the IT sector."

Around 2,150 startups participate in the summit, covering various topics from the health sector to blockchain technology and the automotive industry. Among the some 300 people who will present their projects to investors on stage, there are twelve Germans.

According to Cosgrave, one of the core areas will be the future of the auto industry, as was the case last year. "We were accused of taking the wind out of the sails of major car exhibitions such as the Frankfurt Motor Show", Cosgrave says. "But that's not true. For us, it's all about IT innovations in this area." And those would not only be found in small startups, but also among classic carmakers. For example, Porsche will show its new e-car Taycan in Lisbon." 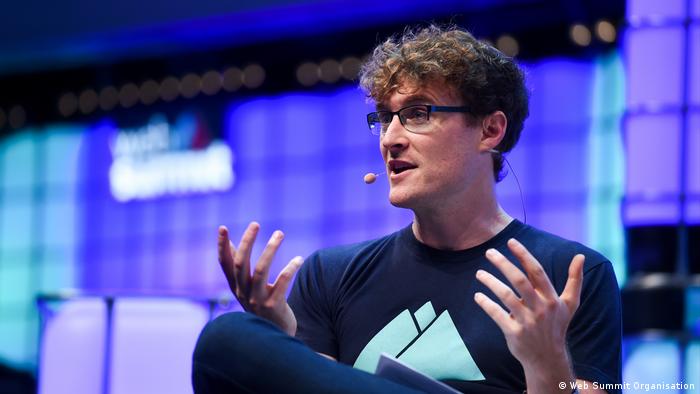 The city of Lisbon itself has become innovative, partly because Web Summit has rubbed off.Startups from all over the world bustle in several incubators in Lisbon. Portugal has invested a lot in digital technology, training opportunities and infrastructure and offers government assistance creating a cornerstone for a digital future.

"During the crisis, it was criticized that 80 percent of government-trained engineers and IT professionals had to leave the country, that's over now," Cosgrave notes. A high quality of life and a low cost of living were, in addition to qualified employees, another reason for more and more large companies to enter the country. Relatively low wages in the country likely helped, too. 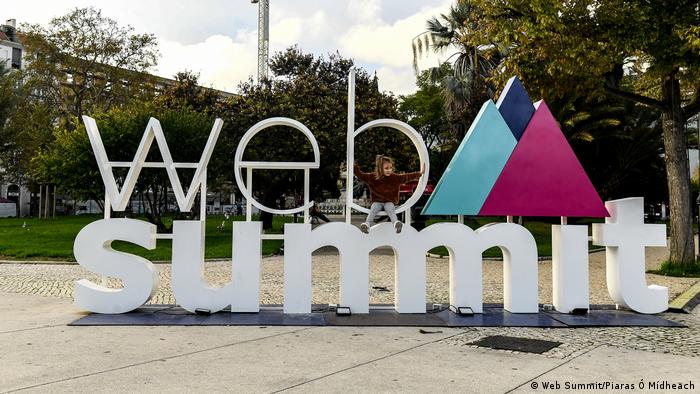 Lisbon invests quite a huge amount of money to host the Web Summit: in order to hold the conference in the Portuguese capital for the next ten years, the exhibition site needs to be expanded and rebuilt - for around 11 million euros.

The running costs for this year's summit are expected to be around €5 million ($5.57 million). Because the construction work was not completed in time, tents were temporarily set up to house all the exhibitors. The Portuguese government has formed its own working group to take care of the event during the next few years.

Despite the high costs, Web Summit pays off for Lisbon: according to the Portuguese Hotel Association, the hotels of the Portuguese capital are practically sold out at prices around 150 euros per night.

Airbnb reports that about 40,000 people had booked overnight stays via its platform. All in all, that's a revenue of about €3.6 million for landlords. The Portuguese Restaurant Association calculated expected expenses of €61 million on accommodation, food and drink by Web Summit visitors. 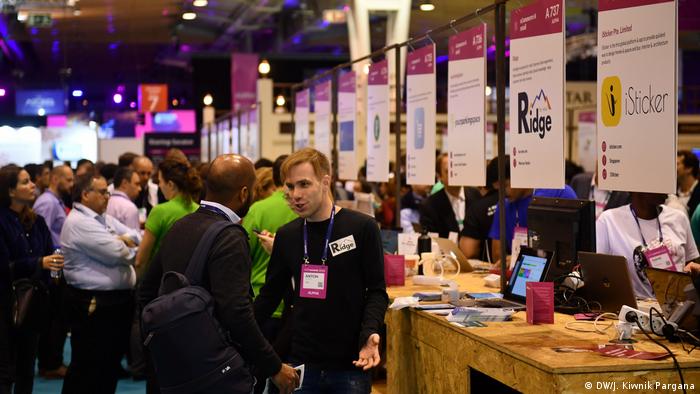 More than 2000 startups participate in the summit

As a big hit before the opening, Snowden will speak to the participants live from Russia. After his speech, Guo Ping, head of the controversial Chinese Huawei Group, will take the stage. His company is suspected, especially in the US, of using 5G technology for espionage.

Cosgrave says though that Web Summit will not turn out to be politically lopsided: "We also invited Michael Pillsbury, Trump's China consultant, and White House technology specialist Michael Kratsios." He says he considers Web Summit a kind of "parliament", where everyone can express their opinion.