Most would agree that the character of James Bond is the ultimate spy. The impeccably dressed British secret agent who travels the world on behalf of Her Majesty's Secret Service and effortlessly takes down all enemies, has shaped the contemporary image of an undercover agent.

Bond's creator, author Ian Fleming, knew the subject well. As a journalist and writer, he worked as a spy for the British Foreign Office for several years, joining a snooping profession considered to be the second-oldest in the world.

An ongoing fascination with espionage is the subject of a new international group exhibition at the Shirn Kunsthalle in Frankfurt, Germany, titled We Never Sleep that features works by 40 global artists. Espi­onage-related themes such as surveil­lance, conspiracy, cold-bloodedness, betrayal and propa­ganda are explored across around 70 paint­ings, photographs, videos, sculp­tures and instal­la­tions.

"We Never Sleep" is the slogan of the Pinkerton detective agency, founded in the US in 1850 and famous for thwarting an assassination attempt on President Abraham Lincoln in 1861. 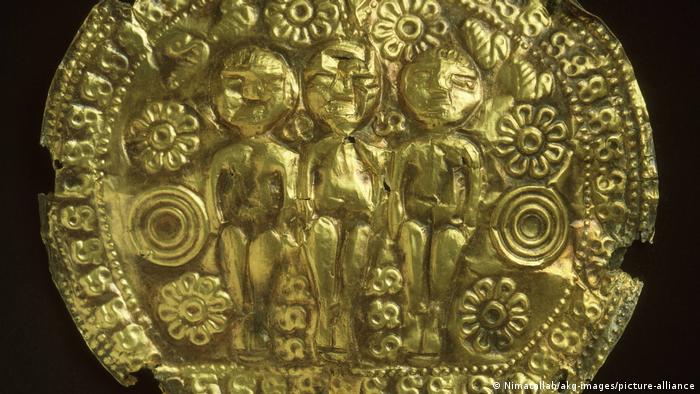 Could there be a secret spy message on this ancient Roman piece of jewelry?

From unofficial snoopers to the secret service

The need for those in power to spy on their opponents at home and abroad dates back centuries, noted historian Wolfgang Krieger in an interview with Focus magazine. The Egyptian pharaohs sent out scouts to spy on their enemies, while the Greeks and Romans concocted wonderful ways to secretly transmit messages via, for example, tattoos on a slave's head or inscribed tin plates sewn into leather sandals. In many ways, the undercover agents of antiquity were as sophisticated as the CIA and KGB would become thousands of years later.

Until the 15th century, however, enlisted spies did not usually pursue espionage as a full-time job, but rather snooped while working their day jobs as soldiers or merchants. It was not until the reign of Queen Elizabeth I (1533-1603) that the first official secret service was established.

At the time, many technological inventions were first tested for their suitability for espionage. In this tradition, the ingenious tinkerer Q in the James Bond series invented all manner of essential spy tools such as encrypted codes, deciphering machines and a seemingly harmless ballpoint pen that doubles as a deadly weapon. 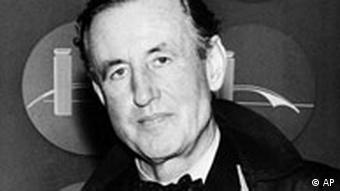 "Who hasn't dreamed of becoming a spy at some point in their life?" asks Cristina Ricupero, who curated the We Never Sleep exhibition in Frankfurt featuring artists such as Simon Denny, Thomas Demand, Jill Magid, Cornelia Schleime, Noam Toran, Suzanne Treister, and Nomeda & Gedim­inas Urbonas.

The curator invokes the legend around espionage embodied by the likes of exotic dancer Mata Hari, who worked as a double agent and used her powers of seduction to elicit secrets from a number of lovers; or African-American jazz singer and dancer Josephine Baker, who was recruited as an "honorary correspondent" by the French military intelligence service during World War II and was later given the Legion of Honor by General Charles de Gaulle; and Hollywood diva Hedy Lamarr, who developed a radio guidance system for Allied torpedoes that could not be tracked or interfered with.

To use the words of Guy Burgess, a real-life spy who saw the profession as surefire path to romantic encounters: "To let the cat out of the bag: espionage is an aphrodisiac."

Many artists have been interested and involved in the spy profession, according to Ricupero. "The dark side of human nature has always fascinated and inspired many artists." 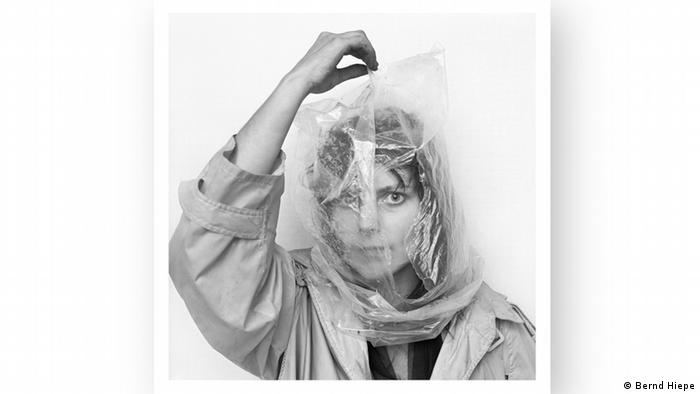 Showing a darker side

But the show itself also casts a highly critical eye over the world of spying and surveillance. A work by East German artist Cornelia Schleime titled "I'm not holding my breath" sees her holding a plastic bag over head during an 1982 performance that critiqued the GDR's surveillance state.

"The general public has always been fascinated by this unknown world," says Ricupero.

The artworks in the exhibition "We never sleep" at the Schirn Kunsthalle in Frankfurt are inspired by the mysterious work of secret agents.

The artworks in the exhibition "We never sleep" at the Schirn Kunsthalle in Frankfurt are inspired by the mysterious work of secret agents.

The famous actor's path from GDR drama school dropout to Hollywood movie star is undoubtedly one of the most unusual acting career paths of the post-war era.