What does actress Hedy Lamarr have to do with Inventors' Day? Find out here, and celebrate the day by discovering 10 commonplace things that were invented in Germany.

The coffee filter, the electric drill or even the hole punch — we take all these things for granted, yet we should not forget that even the most everyday items were once just foolish ideas of genius minds.

Inventors' Day is celebrated on November 9 in Austria, Germany and Switzerland (different countries recognize different dates). Initiated by Berlin inventor and entrepreneur Gerhard Muthenthaler, it was first held in 2006.

Read more: 5 inventions you never would have thought are German 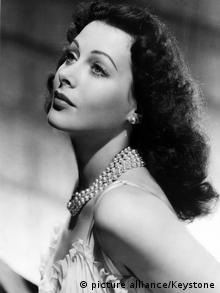 The date of November 9 was not chosen randomly, as it honors the birth of Hollywood diva and inventor Hedy Lamarr.

Born as Hedwig Eva Maria Kiesler in Vienna, in former Austria-Hungary, in 1914, she was considered one of the most beautiful women of the silver screen — and she was just as intelligent and determined to realize her ideas.

She was never formally trained or educated in sciences, and her interest in technology was first dismissed as "tinkering." She however started dating American film and aviation tycoon Howard Hughes, who supported her by assigning a whole team of scientists to help her in her efforts.

During the Second World War, after having learned that the navigation system of radio-controlled torpedoes can be easily jammed and set off course, she came up with the idea of creating a frequency-hopping signal that couldn't be jammed or tracked. Along with composer George Antheil, she developed a device that was patented in the US in 1942.

Nonetheless, due to technical difficulties, her invention was not implemented by the US Navy until 1962.

Her idea eventually led to developing technologies such as Bluetooth or Wi-Fi that are crucial for the proper function of today's society.

The US Environmental Protection Agency has canceled a talk on global warming by three of its scientists in what activists fear is its latest attack on climate action. (23.10.2017)

Germany has a reputation for innovation, with countless groundbreaking inventions - from the modern automobile to aspirin and nuclear fission. But you probably didn't know these 10 things were also invented in Germany. (08.11.2017)

Many women have provided a rich source of inspiration for young scientists - both male and female - down the years. They've made remarkable discoveries, often despite ingrained sexism within their chosen field. (08.03.2017)