From talking robots to self-driving cars, modern technology was envisioned in films and books long before it became reality. As the International Exhibition of Inventions opens in Geneva, we look at real-life sci-fi.

Once again, thousands of groundbreaking ideas are being presented at the world's largest inventions fair in Geneva, ranging from everyday gadgets to high-tech industrial novelties. The annual event shares some unusual innovations, including an "exo-skeleton" that enables a paraplegic athlete to run, and a humanoid robot that welcomes visitors in the entrance hall of the Geneva airport and at the fair.

Quite a few things that once only existed in science fiction films or literature have long become a reality.

Innovations usually entail a break with prevailing rules and regulations.And in some cases, they have been inspired by courageous writers and film directors. After all, science fiction creates dreams that, later on, serve as a basis for engineers who attempt to realize these dreams. 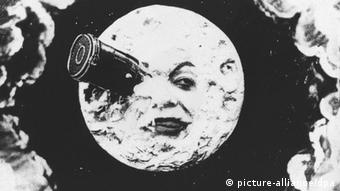 In 1902, the film "Voyage to the Moon" envisioned what would become reality decades later

French author Jules Verne is seen as the father of the science fiction genre. Already in the mid-19th century, he wrote about a manned spaceflight to the moon, as well as the exploration of the oceans with the help of submarines. The constructions described in his novels weren't always practical. After all, the first austronauts weren't shot into the universe with a cannon. But his ideas have inspired scientists who subsequently tried to put them into practice. His rotary-based flight platform "Albatros" described in his novel  "Robur the Conqueror" (1886) is alleged to have inspired Igor Sikorsky to invent modern helicopters more than 50 years later.

But science fiction can achieve a lot more than just looking into the future. It also provides the means for developing ethical guidelines that may become applicable when the time comes. Writers like Yevgeny Ivanovich Zamyatin, George Orwell and Aldous Huxley have warned of totalitarian states that control the populace by means of surveillance techniques. Orwell's "1984" still resounds even 70 years after its first publication in 1949; it became the number one Amazon bestseller after Donald Trump was elected US president. 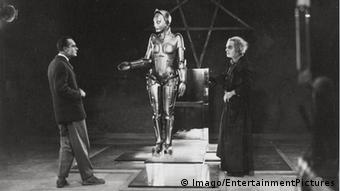 Science fiction not only tries to prevent negative developments, but also to stimulate positive trends. Already in the 1940s, Russian-American author Isaac Asimov  thought hard about formulating ethical standards for machines. In 1942, he postulated three rules for robots according to which they were not allowed to injure or damage people. They were to obey orders given by humans, and to protect themselves under the condition that the first rule wouldn't be violated.

The innovations currently presented in Geneva including self-moving robots and drone simulators aren't only amazing, but frightening as well - forcing us to think about how they should be used.

The 45th International Exhibition of Inventions in Geneva runs from March 29 to April 2, 2017. This year, a total of 725 participants from 40 countries will exhibit their latest products under the aegis of the Swiss Federal Council and the World Intellectual Property Organization (WIPO).

During the first week of the Trump administration, fraught with "alternative facts," readers are turning to George Orwell's 1949 book to understand the political situation. "1984" has shot to the top of bestseller lists. (25.01.2017)

5 inventions you never would have thought are German

With some of the world's best inventors gathering at "Inventions Geneva" this week, we thought we'd try our hand at conceptualizing 10 amazing new ideas. Here they are. But be warned: they're a bit whacky. (13.04.2016)