'We don't limit ourselves to one thing'

Israeli electro-pop band "The Young Professionals," famous for geek chic and drag performances, has published an explicit song about Berlin. DW caught up with lead singer Ivri Lider before a concert in the capital. 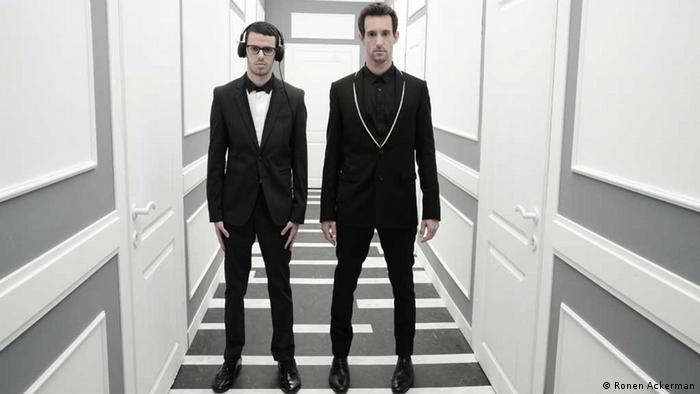 "The Young Professionals" (TYP) released their debut album "9 am to 5 pm, 5 pm to whenever" in 2012, featuring a remake of the French 80s band Ottawan's song D.I.S.C.O. The band has now released its 12-minute video for the song "F*ck off Berlin." Lead singer Ivri Lider (right) has been successful as a solo artist for years before collaborating with producer Johnny Goldstein.

DW: How did you come up with "F*ck off Berlin?"

Ivri Lider: It started out as a love song for Berlin. In such a big city, you can feel love, lust, lost, obsession; a lot of different emotions are involved. As a song writer, you don't have [just] one message that you want to convey. It's a broad range of emotions and experiences. I think that when you love someone or something you can feel it in different ways.

We are not Berliners, but - like a lot of people from Tel Aviv - we have been coming here for a long time. We've been through things here: People we met, loved and hated; a shared history. Along with the short movie we produced, we try to paint a picture of a young soul in a city like Berlin - being very creative, individual and interesting on one hand, but on the other hand being lost and looking for something or someone to connect to.

We talk a lot about the Generation Y - people of that generation who don't know exactly what they want to do because it they have so many options.

It's great here! You can feel that people are interested in hearing new things and explore what we have to say. We love to come and play here. The audience is different in every country we perform in, but in Berlin you find an educated crowd. 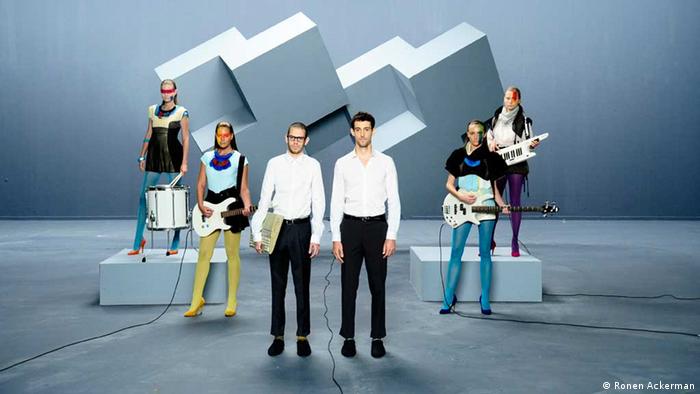 Who are "The Young Professionals?"

We are a group of artists working together on this project. We work on different types of arts like video, dance and design; we don't limit ourselves to one thing. Our manager and designer are also a part of the band. We call this the 'basic band' which consists of four people. But we have a lot of people who work with us [like drag performer Uriel Yekutiel].

You sing in English and you say you have a global message, yet you are all Israelis. How does this affect your work?

I think that Israel has a certain vibe. Those who come to Tel Aviv understand and experience that, they see the diversity in cultures, where people come from, the fact that it's young and new and that it doesn’t have a big long heritage culturally. I think that that might be an advantage in our case because we can easily take a lot of things from different cultures: sounds, smells and looks and incorporate them. This is how we bring the Tel Aviv experience to the world.

The band has been quite outspoken regarding LGBT rights. Is that a goal that you set for yourself?

To be honest - no. It wasn't a conscious decision. It was obvious for us; it wasn't something that we even discussed. Some of us are gay, some of us are straight - it's who we are, and it's in our songs. We are free and outspoken artists.

For Persian musician, Israel is journey of a lifetime

The son of a Tehran musician, Eyal Mani, wanted only one thing - to play music. That is, until a family secret and a fateful trip to Israel turned his life upside-down. (01.05.2013)

As new arrivals in Palestine, German Jews who had fled from the National Socialist regime were unwanted. But then they helped to build Israel. A museum preserves their heritage and very private histories. (29.11.2012)