As new arrivals in Palestine, German Jews who had fled from the National Socialist regime were unwanted. But then they helped to build Israel. A museum preserves their heritage and very private histories. 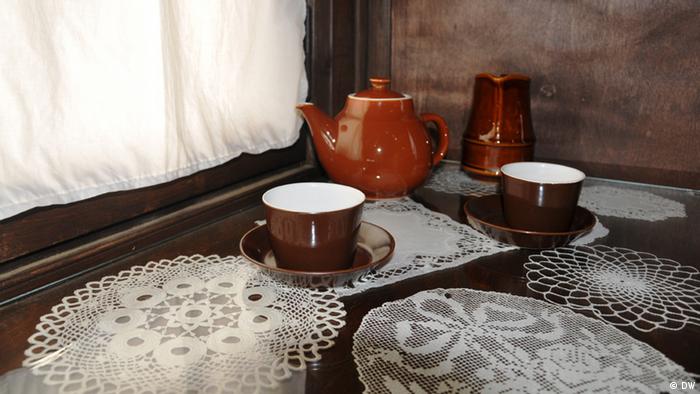 In a cramped and windowless room, stacks of boxes fill shelves reaching up to the ceiling. Neither daylight nor fresh air can enter. But Nili Davidson still loves her workplace among the boxes that house a multitude of life stories.

She carefully examines letters, photographs and inconspicuous notes. "I hardly throw anything away," she says. It is clear that her work is also an affair of the heart: "Even the smallest piece of paper can be the key to a great thing."

People come to Nili Davidson time and again to give her documents inherited from relatives. The German-Speaking Jewry Heritage Museum in Tefen, north Galilee, not only has exhibition spaces in which the stories of so-called "Jeckes" - the German-speaking Jews who came to Israel - are illustrated, but also an archive in which family heritage is researched and preserved. 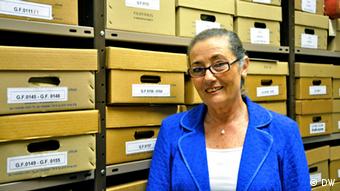 What at first glance appears fairly unspectacular turns out, upon closer inspection, to be a small sensation.

From Germany to Palestine

Davidson carefully opens a box and fishes out a telegram. "This is from 1888, from Dusseldorf. It details the health of the Kaiser, at that time lying in hospital. Imagine that: The ancestors of this young man have kept this telegram and he brought it to Israel when he emigrated! Should I throw it away? No! That provides a great picture of this family."

While Nili Davidson works behind the scenes in the depths of the archive, the museum presents the history of the "Jeckes" in the brightly lit, roomy exhibition spaces.

Curator Ruthi Ofek fled as a child with her parents from Salzburg to Palestine. She experienced what it means to start over from nothing: "It was really hard to be here, not just because of the climate. The language, the mentality, a new life - and that the families stayed in Germany. Nothing here was ideal."

Émigrés shipped their possessions in so-called lifts, a type of container. Often the furniture, made from German oak, including double beds and Blüthner pianos, didn't fit in their new apartments.

But they tried to transport a piece of Germany, their homeland. Rolling pins and crotched doilies, oven mitts and cookbooks: In Tefen the authentic objects testify to how strongly rooted the Jewish population was in German culture.

But in Palestine, many of the Jeckes felt uncomfortable revealing their native language and origins in public. Their language was, after all, the language of the Nazi perpetrators.

"Back then someone said to me, 'German is only spoken quietly,'" recalls Ruthi Ofek, "You always felt under pressure."

But it also had to do with the animosity between the Jeckes and Jewish émigrés from Eastern Europe. They had put down roots in Palestine long before 1933 and looked down on the new arrivals.

The derogatory term Jecke, applied to German Jews, is said to originate from the fact that German émigrés, in all their bourgeois stiffness, would not remove their jackets even in the soaring desert heat. 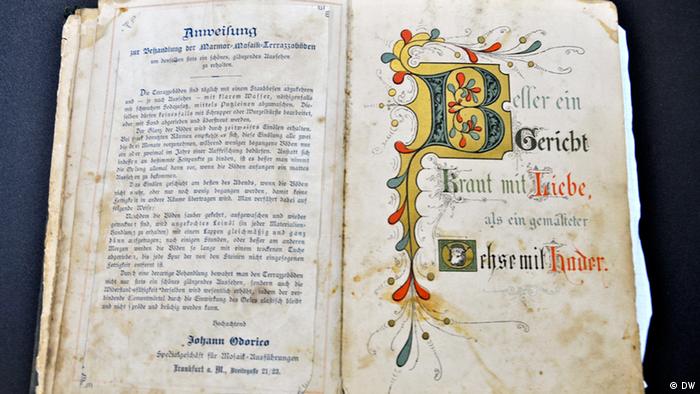 Not a Holocaust museum

There were also political differences. The majority of Jews from Eastern Europe were Zionists who wanted to build a national Jewish state. Most German-speaking émigrés had different goals.

"They came here because they had nowhere else to go," says Ruthi Ofek., "America and other countries were not prepared to take them. But that doesn't mean that they didn't become Zionists later on. They were proud of what they built in Israel."

Just how much an integral part they were is shown in the museum that explicitly does not call itself a Holocaust museum.

Its very existence can be attributed to an entrepreneur from the Black Forest region of Germany, Stef Wertheimer, who was born in 1926 and immigrated to Israel with his parents in 1937. He later founded the metal processing company Iscar.

He was said to have become the richest man in Israel. That made it possible for him to found industrial parks such as the one in Tefen, which encompassed attractive museums alongside businesses. 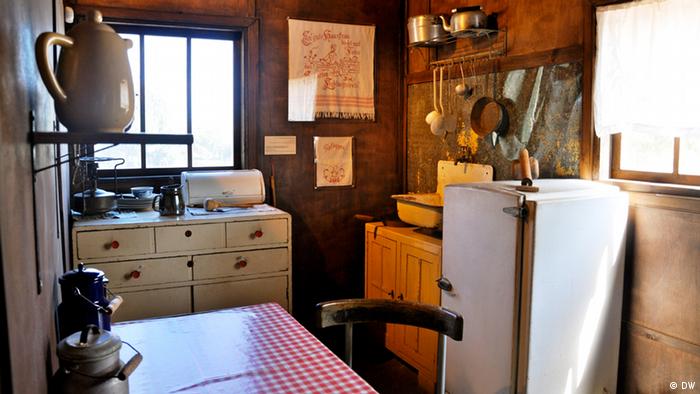 Wertheimer is not unique. Since 1933, Jeckes in Palestine have established over a hundred companies, above all in the chemical, foodstuff, textile and metal branches.

They were also active in media. The daily newspaper Ha'aretz was bought by the German businessman Salman Schocken in 1937. Today, the family still owns 75 percent of the business, which is run by Schocken's grandson, Amos. "He advertized the 'Jeckes Meeting' so much more than we could have afforded to," explains Ruthi Ofek.

The German-speaking émigrés also made important contributions to science, education, and medicine. "There were no specialist doctors in Israel before," says Ruthi Ofek, "But then so many doctors came here that there were hardly enough patients."

It was the perfect opportunity to modernize the healthcare system - including health insurance according to the German model.

TheJeckes were also active in art, theater, dance and music. German-speaking refugees made up the majority of the musicians in the Palestine Symphony Orchestra, which would later become the world famous Israel Philharmonic Orchestra. 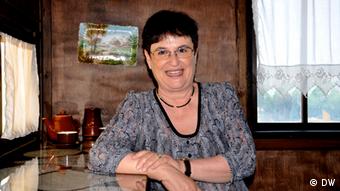 Founder Bronislaw Huberman, a Pole, lived for a long time in Berlin and Vienna. He saw the Holocaust coming and persuaded countless musicians to emigrate like he himself: "He saved their lives," Ruthi Ofek exclaims.

Finally, there was architecture. Alongside Tel Aviv, the "white city on the sea," numerous kibbutzim employed the architectural vocabulary of the Bauhaus architects.

Two of the most famous in the land were the German Munio Weintraub and, for a short time, Erich Mendelssohn, who was living in exile in Jerusalem.

"After that, other architects came who continued the Bauhuas style," says art historian Ofek, "The influence had already spread in Germany."

Help from the aged

Those traveling to Tefen, a two-and-a-half-hour car ride from Tel Aviv, are rewarded with the multiple objects, documents and videos that Ruthi Ofek and her team have tirelessly pieced together.

They have big plans for the future and for the archive. "We want to scan all the documents," says Nili Davidson. There are currently around 30,000 of them, but two to four new donations arrive each month.

The team would like to make everything to accessible to the general public since more and more young people are becoming interested in the history of Jeckes. "But they don't know the German language. I would like to have someone here who can speak German and Ivrit [Modern Hebrew]," says the archive administrator.

But that won't be enough to handle all of the documents. "Sometimes they are in old German or Sütterlin [old German blackletter handwriting], so we have problems. Then women in their mid-80s help us on a voluntary basis. They can still read the texts."