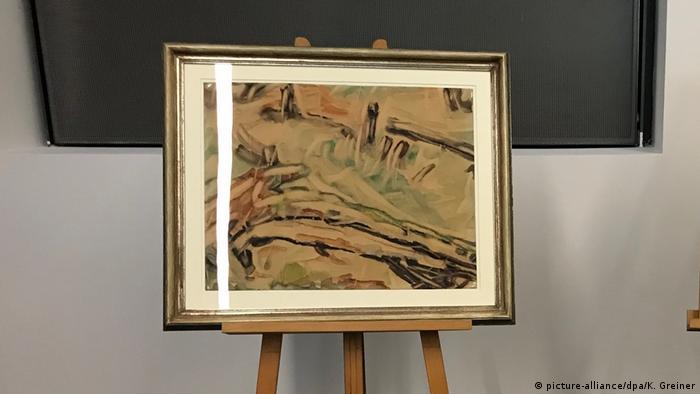 One more piece of art from Germany's infamous trove known as the Gurlitt Collection will soon be returned to its original owner, the museum in the eastern city of Halle announced on Tuesday.

The Kunstmuseum Moritzburg hailed "the comeback" of a watercolor study of a tree trunk painted by Christian Rohlfs, one of the key figures of German expressionism.

The painting has the "inventory number and stamp of the museum on it, making its provenance undeniable."

Rohlfs was born in 1874 in what was then Prussia. When the Nazis came to power in the 1930s, many modern artists were labeled as "degenerate," and the fascists removed their work from galleries and museums. Rohlfs was banned from painting by the Nazi party and was ejected from the Prussian Academy of Arts in 1938, shortly before he died.

Kunstmuseum Moritzburg describes him as a "versatile artist who received public recognition only when it was too late."

Rohlfs paintings, along with thousands of other looted pieces, were purchased or ended up in the collection of art historian Hildebrand Gurlitt.

Gurlitt passed the stolen art down to his son, Cornelius Gurlitt, and it was discovered in 2010 when authorities became suspicious of the then 77-year-old man carrying thousands of dollars in cash on a train from Switzerland to Germany. His Munich apartment was then found to contain myriad looted treasures.

In his will, Gurlitt left all of the art to the Museum of Fine Arts in Bern, Switzerland. However, many of the pieces that have been proven to be stolen have been returned to their original owners or the owners' descendants.

In their statement, the Kunstmuseum Moritzburg expressed its gratitude that it was not asked to pay for the painting or bid for it at auction.