Clean water supplies are dwindling around the globe. To grow their crops, farmers resort to using untreated wastewater, which could make them sick - to an even greater extent than previously thought, a study finds. 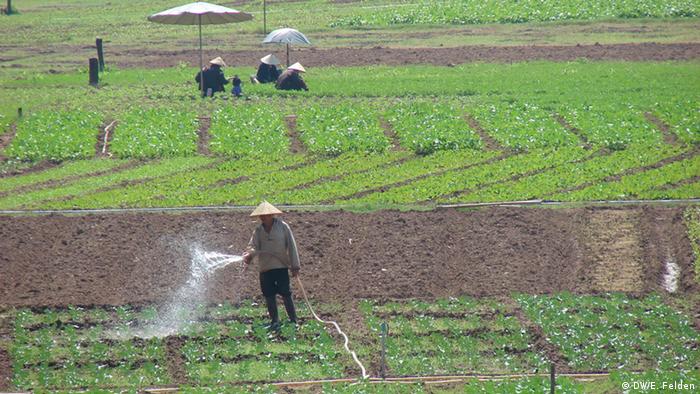 It's an area about the size of Germany: 29.3 million hectares (72.4 million acres) of cropland worldwide is mainly irrigated with what's flushed down the toilet, a study published in "Environmental Research Letters" reports.

That translates into a major health risk for all the people who eat the food that grows on that farmland.

As many as 885 million urban residents are being exposed to dangerous pathogens, including parasites and bacteria, according to the researchers' modeling.

Irrigation with untreated wastewater is especially an issue around bigger cities without proper sewage treatment, and - according to the study - particularly in China, India, Pakistan, Mexico and Iran.

"In most cases the farmers might not even know it," Pay Drechsel tells DW. He is project leader at the International Water Management Institute in Sri Lanka, and a co-author of the study.

Some farmers use wastewater on purpose to water their crops, Drechsel tells DW.

"It has a huge amount of nutrients," Drechsel points out. "We know of cases where farmers are fighting for the use of wastewater, even if there is fresh water available - then they don't have to pay for fertilizer." 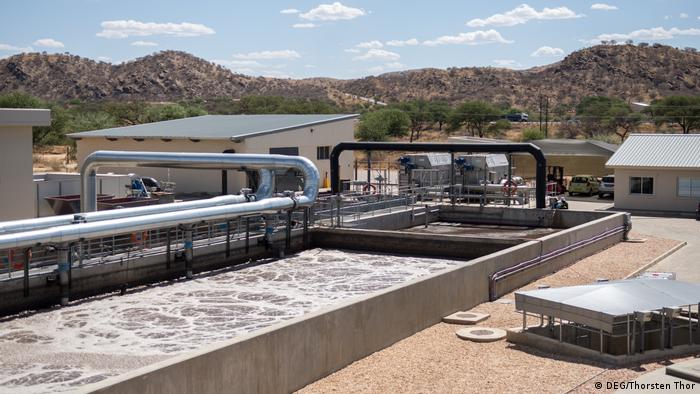 Sometimes, wastewater might be the only water available at all, like around big cities in dryer regions - or also in Ghana, where Drechsel lived and worked for 11 years. There, all urban farmers use polluted water to irrigate their crops, he says. "There is no alternative."

In the majority of cases, however, the farmer thinks he is using fresh, clean water - when it isn't.

Globally, less than 10 percent of collected wastewater is treated. Together with rainwater, untreated wastewater ends up in rivers, gets diluted with what previously was clean drinking water, and enters the food chain.

"The water still carries all the pathogens," Drechsel says. "It is far beyond anything that is allowed for drinking or irrigation."

Untreated wastewater might contain parasite eggs or bacteria leading to cholera - but above all bacteria causing diarrhea. According to Drechsel, children below the age of five are the most sensitive to diarrhea, often with fatal consequences.

Apart from being a health risk, it's also an environmental issue. If sewage enters lake and rivers, it can contaminate waters and harm ecosystems.

"Wastewater from this community has potential deleterious environmental implications," the study found. 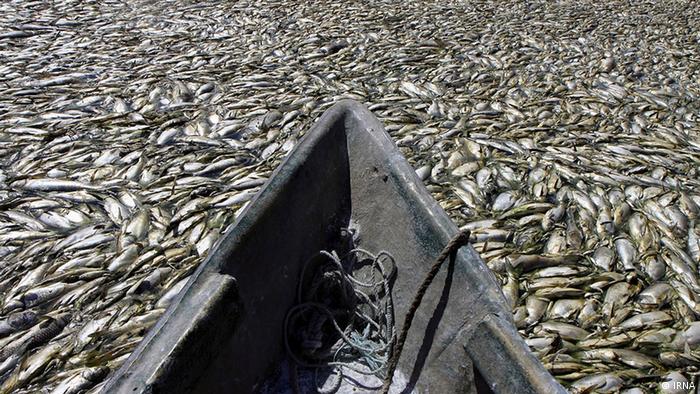 The fouled water was extremely low in oxygen, and if this were to reach natural water bodies in the dry season, it would killing fish and other aquatic life - which is a common occurrence.

When sewage polluted River Trent in North Staffordshire in the United Kingdom in September 2016, more than 15,000 fish died.

Wastewater also contains high amounts of phosphates and other substances that fuel algae growth, sucking even more oxygen out of the water and creating a so-called "dead zone" where fish and other animals cannot live.

According to WWF, more than 400 areas around the world have been identified where this oxygen-depletion, also known as eutrophication, takes place.

"Vegetables are cash crops number one, especially exotic leafy vegetables." Such crops  require regular irrigation, unlike most staple foods such as grains. 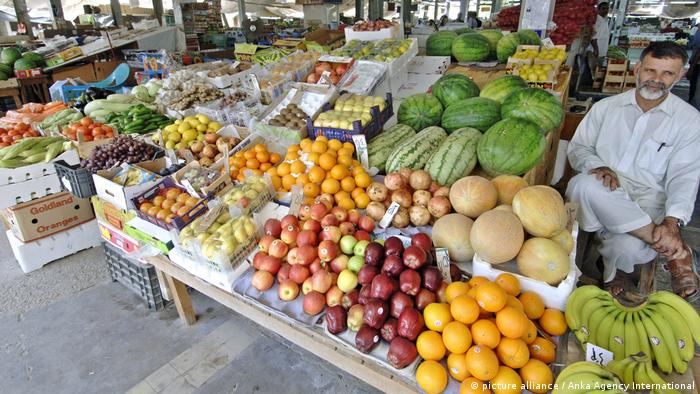 In 2004, a study estimated that between 6 and 20 million hectares of croplands are watered with untreated wastewater.

With this number now up to almost 30 million hectares, the recent study found the problem to be even bigger than previously thought.

Boiling or washing vegetables thoroughly before consumption will remove many pathogens.

"The risk awareness, is very, very low," Drechsel says. "We cannot just tell them to wash their vegetables, because they wouldn't know why."

He calls for campaigns to raise awareness about those health risks, so that there will be pressure from consumers.

Clean water is getting scarce

The World Health Organization estimates that more than 10 percent of the world's population consumes food produced with wastewater.

That amount might even increase in years to come. 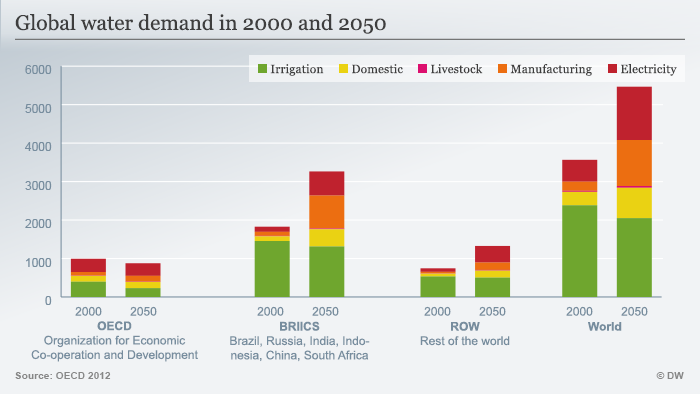 "Wastewater is the only source of water that actually increases in quantity as population and water consumption grows," Drechsel points out.

The UN estimates that the amount of wastewater produced annually is about "six times more water than exists in all the rivers of the world."

"A livelihood opportunity for many millions"

Chris Scott, professor for Geography and Development at the University of Arizona points out that using wastewater for irrigation is not per se a bad thing.

"It represents a livelihood opportunity for many millions of smallholder farmers, contributes to global food security and recycles crop nutrients that would otherwise foul natural waterways," he tells DW.

Without, he adds, "developing countries in particular will be unable to meet the globally accepted Sustainable Development Goals."

The practice of wastewater irrigation, though, urgently needs to be managed. Scott suggests on-farm water treatment, protective clothing for farmers, improved hygiene in markets and effective vegetable-washing in kitchens.

Wastewater could also be converted industrially into fertilizer. A plant to do so is being built in Accra, Ghana, Drechsel says.

From his experiences in Ghana, Drechsel doubts that improved wastewater treatment "will happen so quickly."

The more important step it is to back away from eating raw, unwashed fruit and vegetables.

The whiff of green success in Cusco

Until recently, the Peruvian city Cusco stank. But thanks to a more modern sewage system, the Andean metropolis is now not only easier on the climate - it's also easier on the nose. The system even creates biogas. (13.06.2017)

From noxious sludge to clean water

Across the globe, 1.8 billion people rely on water sources contaminated with feces. To mark World Water Day we look at a solution that could improve health in Bangladesh by safely recycling waste. (22.03.2017)

The business of wastewater

On this year's World Water Day, the UN has called for much more wastewater to be treated and recycled. The organzation also emphasized that wastewater is an "essential component of a circular economy." (22.03.2017)