After edited footage of an apparent confrontation between Catholic school students and a Native American went viral, the full video has shown a more complete story. 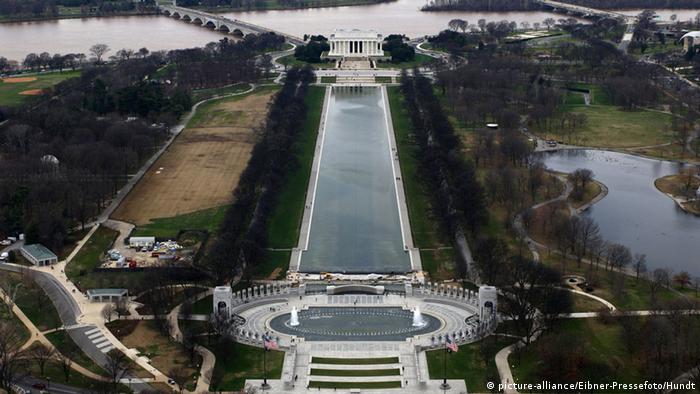 The students from the private, all-male Covington Catholic High School in Kentucky were waiting at the Lincoln Memorial in Washington, DC, for their bus home last Friday when four members of the Black Hebrew Israelites who had been holding a rally nearby for 45 minutes approached them and starting shouting slogans on a range of historical, racial and sexual abuse issues.

One of the four, wearing a long black beard, was heard to identify himself as a Puerto Rican before he shouted at the students: "Shoot up a school" and a series of other unrelated and occasionally incoherent statements.

The students had attended the March for Life anti-abortion rally the same day and some were wearing "Make America Great Again" hats. 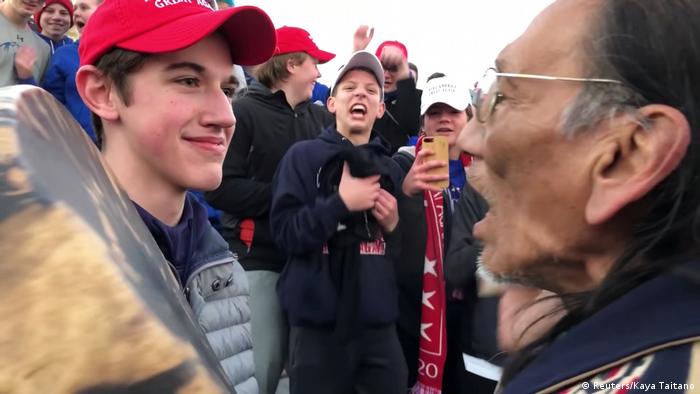 The image of Nick Sandmann and Nathan Phillips

One picture showing part of a story

The photo that went viral appeared to show one of the students intimidating a Native American who had taken part in the Indigenous Peoples March as he beat his ceremonial drum.

Nathan Phillips from Ypsilanti, Michigan, who served with the US Marines but was not a Vietnam veteran as previously stated, said he moved with his drum between the Black Hebrew Israelites and the students to defuse what he believed was a potentially dangerous situation. "I stepped in between to pray," Phillips said.

The 64-year-old is an elder of Nebraska's Omaha tribe and an activist who took part in the Standing Rock protests in 2016-2017 against construction of an oil pipeline in North Dakota.

Nick Sandmann identified himself as the boy in the photo via an email. He said he had done nothing to provoke anyone and also had sought to calm the situation.

Of Phillips, Sandmann said: "He locked eyes with me and approached me, coming within inches of my face. He played his drum the entire time he was in my face."

"I never interacted with this protester," Sandmann went on. "I did not speak to him. I did not make any hand gestures or other aggressive moves," Sandmann wrote, adding that he was "startled and confused" as to why Phillips approached him.

Sandmann said the students sang "school spirit chants" to drown out the four protesters. He said that he did not hear students chant anything "hateful or racist at any time."

Editor's note: This story has been updated and corrected.

Air pollution killed nearly half a million newborns in 2019, report finds 48m ago

Cathay Pacific to cut workforce by a quarter 59m ago