War in Ukraine boosts US-German relations | Germany | News and in-depth reporting from Berlin and beyond | DW | 19.06.2022 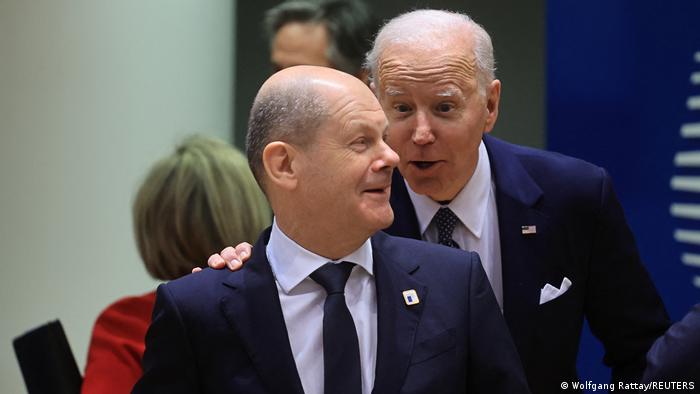 US-German relations are experiencing a renaissance. After a stressful two decades, which saw tensions between Germany and the United States rise due to the Iraq War, spying revelations, and former President Donald Trump's frequent taunts, that is no small feat.

Russia's war in Ukraine has given the relationship renewed purpose, but observers of the alliance say the rekindling was already underway before the invasion. The Cold War accompanied President Joe Biden's political ascent, and his foreign policy team and actions reflect Europe as his comfort zone.

"[The war in Ukraine] has had a galvanizing effect on the entire Atlantic alliance, and Germany is no exception," Daniel Benjamin, a former State Department official and now president of the American Academy in Berlin, told DW. "The new administration came in with a particular focus on Germany and a desire to repair the harm that had been done to the relationship." 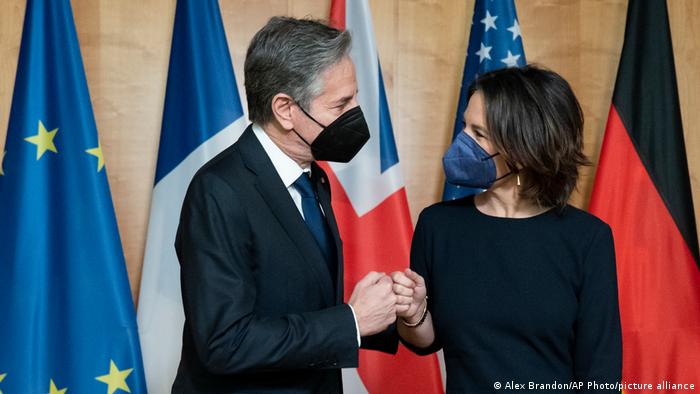 Common cause to oppose Russia has hastened the repair work. US officials were delighted when Chancellor Olaf Scholz announced that his government was effectively killing the Nord Stream 2 gas pipeline, which President Joe Biden has called a "bad deal for Europe."Instead, Germany has said it's scrambling to expand liquid natural gas terminals that would increase the country's ability to import the fuel from the US.

The US has thrown more at the fight against Russia, in both absolute terms and relative to GDP, and Germany has struggled to shake its reputation of not pulling its weight within the broader NATO alliance. Through June 7, Germany has delivered to Ukraine 35% of the military aid it has committed, according to the Kiel Institute for the World Economy. The US has made good on nearly half, while other countries such as Poland and Baltic states. are at or near 100%.

In the Trump era, the lackluster figures may have prompted a public dressing down. But the Biden administration has taken a different tack.

"We applaud Germany's contributions and strongly encourage it and other countries to provide the necessary military equipment for Ukraine to defend itself against Russia," Joe Giordono-Scholz, the spokesperson for the US Embassy in Germany, told DW in a statement.

Cooperation between the US and allies like Germany, which he called "unprecedented," goes beyond Ukraine, and is "designed to reinforce each other and intensify over time."

A cornerstone of the longer-term outlook is Scholz's successful push to borrow €100 billion ($110 billion) for the German military. While that is a consequence of the war, it does little to directly impact the course of it.

Rather, German security analysts see it as a better-late-than-never investment making up for years of neglect. It won't necessarily put German tanks on Ukrainian battlefields, but it could help Germany convince its allies — and adversaries — that it is serious about "defending every centimeter of NATO territory," as Scholz has often said.

Though Scholz's three-party ruling coalition got the conservative opposition to agree to the sum, it remains unclear how exactly the German Defense Ministry, which has struggled with procurement, will spend it. At least some of the money will flow to American arms manufacturers who produce the advanced weaponry that Germany has expressed interest in purchasing.

The F-35 stealth fighter is high on that list, although the US Defense Department has not approved it for full-scale production for its own forces, and the project is over budget and behind schedule, according to an April report from the US Government Accountability Office.

Yet placing an order is a signal from Germany that it remains committed to NATO's nuclear sharing arrangements. The F-35 would maintain its ability to carry American nuclear weapons after the aging Tornado fighter is retired. Doing so is a top US expectation of European allies, but a touchy domestic issue in Germany. Both Scholz's Social Democrats and his Green partners in government see themselves as disarmament parties.

The Greens have been especially critical of nuclear sharing, but Scholz's self-styled "Zeitenwende" — a historic turning point as a result of the war — has meant policy positions once considered sacrosanct are up for reconsideration.

When added to regular spending, the supplemental funding will give Germany — in absolute numbers — the largest defense budget in Europe.

Policy analysts view the debt-financed spending spree as a symbol of German credibility, with potentially significant strategic consequences for US interests. Unlike its European allies, the US views itself as a natural Pacific power in direct competition with a growing China. For years, US foreign policy has struggled to pay more attention to East Asia without compromising its security commitments across the Atlantic.

"America cannot pivot to Asia — without a huge risk to Europe — without a successful Zeitenwende. [The US] can leave, but Europe would be very exposed," Michal Baranowski, a senior fellow for the German Marshall Fund, told DW.

His "nightmare scenario" is one in which the war in Ukraine does not "break" Russia, the US focus drifts away from Europe, and Germany does not pick up the security slack.

"That basically gives Russia again a chance to rebuild its power and forces, but this time push beyond Ukraine," Baranowski said. 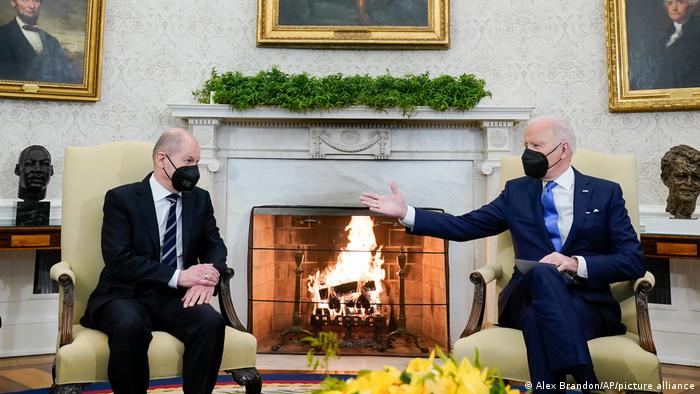 Trust in the US-German partnership

On the American side, the danger to the relationship is domestic. Biden is already looking weak heading into November's midterm election, when the party that controls the White House typically loses seats in Congress.

It is unclear if whoever takes his place, after one or two terms, will share his administration's embrace of long-standing partnerships, such as with Germany.

About six in 10 Americans and Germans agree that the Biden and Scholz governments have helped strengthen relations, according to a new survey for the nonprofit Atlantik-Brücke. Even larger majorities — 71% of Americans and 81% of Germans — say the relationship should transcend the government in power.

The war in Ukraine has increased the level of trust each side has in the other, the online survey found, though both remain skeptical of the other's intentions to "do what is right."

The $40-billion Ukraine aid package that the House and Senate passed in May suggests support for European security may be one of the few issues to escape the bitter partisanship in Washington, D.C.

"The optimist in me says that that will be a durable trend beyond the Biden administration," said Daniel Benjamin, the American Academy president. "If both sides take a view of the global situation."

Germans view trans-Atlantic relations much more positively than they did 12 months ago, according to a new survey. Meanwhile, doubts have been cast over Olaf Scholz's ability to represent Germany on the global stage.

Germany's Olaf Scholz is in Washington amid Ukraine crisis 06.02.2022