The World Anti-Doping Agency has withdrawn the accreditation of Moscow's drug-testing laboratory. This comes a day after an independent commission released a report accusing Russia of 'state-sponsored' doping. 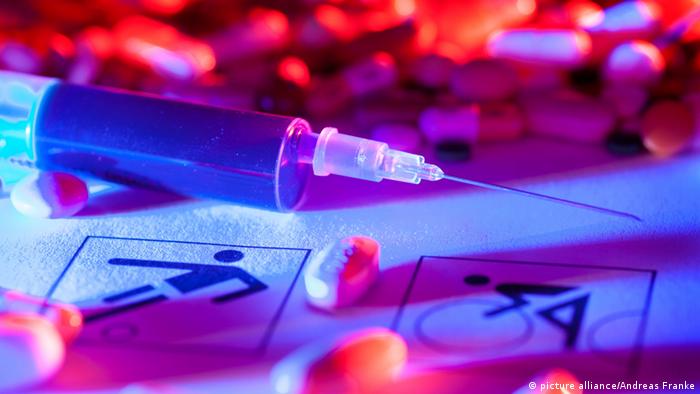 The withdrawal of the lab's accreditation was announced in a statement released by the World Anti-Doping Agency (WADA) on Tuesday, in which it said it was acting on the recommendation of the commission's report.

"WADA has acted swiftly to one of the key recommendations made by the Independent Commission in its Report," the agency's president, Sir Craig Reedie said.

The Montreal-based agency said that "the suspension, which takes effect immediately, prohibits the Moscow Antidoping Center from carrying out any WADA-related anti-doping activities including all analyses of urine and blood samples."

It also said that samples in Moscow would be moved "securely, promptly and with a demonstrable chain of custody to an alternative WADA-accredited laboratory," for testing.

The Moscow Antidoping Center may appeal this decision to the Court of Arbitration for Sport (CAS) within the next 21 days.

The Reuters news agency, meanwhile, has obtained confirmation from the head of the Russian Anti-Doping Agency, Nikita Kamaev, that the lab has ceased to operate.

Earlier a spokesman for Russian President Vladimir Putin weighed in on the findings of the independent commission report, which was unveiled by its chairman, Dick Pound, in Geneva on Monday.

"Whenever any charges are made, there must be some evidence that they rely on. As long as there has been no proof, it is hard to react to any accusations, which look rather groundless," Dimitry Peskov was quoted as saying by the Russian state news agency TASS. "It's none of our business to ponder over the causes of such scandals."

At the same time, though, the Russian sports ministry pledged closer cooperation with WADA as a result of the report.

"Russia has been and will be fully committed to the fight against doping in sport," the ministry said in a statement Tuesday. It said that Russian athletic authorities had done "a lot of work" and that the report's "recommendations will help Russia in further improving its anti-doping systems."

On Monday, the International Association of Athletics Federations had said it was giving the Russian federation until the end of the week to respond to the allegations contained in the independent commission report.

In light of recent allegations, Russia has committed to further compliance with the World Anti-Doping Agency. Outside of the country, though, pressure for sanctions is growing. (10.11.2015)

Figure skater Kamila Valieva is the victim in her own doping case, writes Andreas Sten-Ziemons. If the doping allegations against her are confirmed, there finally must be real consequences for Russia.

Russia's ban from international sporting events has been upheld, but reduced from four to two years. Russian athletes will still be permitted to compete without their flag, colors and national anthem.