The scandal-hit German carmaker will stop selling diesel vehicles in the US and refocus on sport utility and electric vehicles, as it looks to reboot strategy for its core brand in the Americas. 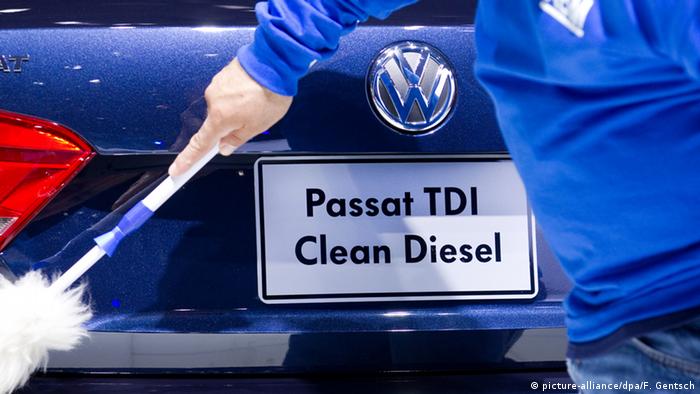 VW brand chief Herbert Diess told German business daily Handelsblatt on Wednesday that the carmaker assumed it would no longer offer diesel vehicles in the US. Diess noted that tighter car emmissions regulation in the US was the reason for VW's decision.

Diesel vehicles made up about a quarter of the brand's US sales. But Europe's biggest carmaker decided to stop all sales there following US judge approves VW Dieselgate settlementrevelations last September that it cheated on emissions test with a special software.

Just last week, the CEO of Volkswagen Group of America, Hinrich Woebcken, told reporters he did not believe diesel would ever "come back in the same magnitude as we've seen it up to now" in the US market.

In the interview for Handelsblatt, Diess said that the decision was an element of VW to cut 30,000 jobs amid restructuringVW's stratigic overhaul aimed at closing the gap with rivals in American markets.

"For years we have been lacking a blueprint for success in the United States, while we are losing ground to rivals in markets like Brazil or India," said Diess, adding that VW had missed the SUV boom.

Diess also said success in the Americas was vital to reviving the core Volkswagen brand that accounted for 59 percent of the German group's auto sales in 2015 but only 16 percent of group underlying operating profit.

On Tuesday, Diess set out a recovery strategy to 2025 and beyond, spanning a wide range of initiatives including SUVs, electric cars, digital services and plans to launch a budget car in China and India by 2020.Volkswagen: 'e-car leader by 2025' It aims to sell 1 million electric vehicles a year by 2025.

The long-term goal, he said, was to lift the VW brand's operating profit margin to 6 percent by 2025, compared with just 2 percent forecast for this year.