A US settlement over Volkswagen's emissions cheating scandal has cleared a final hurdle, with a federal judge in San Francisco giving his approval for VW's multi-billion dollar buyback and compensation plan. 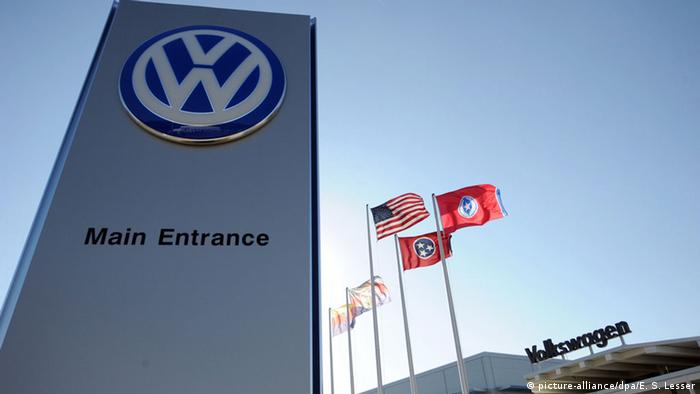 US District Judge Charles Breyer signed an order on Tuesday approving a court settlement worth about $15 billion (13.8 billion euros) aimed at ending US claims against Volkswagen (VW) for its emissions cheating scandal.

In a statement, VW's North America chief Hinrich Woebcken described the settlement as an "important milestone" along the road to clearing up the scandal in the US. The carmaker would now strive to implement the compensation program "as smoothly as possible," he added.

Deemed to be the largest auto industry settlement ever in the United States, the deal will compensate 475,000 owners of VWs and Audis with 2-liter four-cylinder diesel engines, who will now be able to either have their cars repaired or to sell them back to VW starting next Tuesday.

Moreover, the German car giant has offered to pay $2.7 billion for unspecified environmental mitigation and an additional $2 billion to promote zero-emissions vehicles.

The deal does not cover about 85,000 more-powerful Volkswagens and Audis with 3-liter engines also caught up in the emissions scandal.

In September 2015, Volkswagen acknowledged that about 11 million of its diesel cars sold worldwide were programmed to turn on emissions controls during government lab tests and turn them off while on the road. Investigators found that the cars emitted more than 40 times the legal limit of nitrogen oxide, which can cause respiratory problems.

US customers who bought Volkswagen diesel cars equipped with the software have overwhelmingly accepted a settlement offered by the German automaker.

In the run-up to a final court hearing on Tuesday last week, Robert Giuffra, a lawyer for VW, said more than 339,000 owners of the cars had registered to accept the deal. Less than one percent of the VW owners affected had refused it, but had until 2018 to make a final decision, he added.

During the hearing, those opposed to the settlement argued that VW was failing to offer enough money for buybacks or refunding for other out-of-pocket costs like extended warranties, maintenance and government licensing fees.

This Tuesday, Judge Breyer also granted preliminary approval to a $1.21 billion settlement with VW's US brand dealers, and stressed the urgency of the German carmaker reaching an agreement with regulators on the 3-liter diesel cars.

VW 'dieselgate' settlement approved in US

The embattled carmaker has reached an 'agreement in principle' to compensate its 650 US dealers which sued Volkswagen for damages in connection with its emissions-cheating scandal. (25.08.2016)

Volkswagen's emissions scandal may have hit the German carmaker's image but apparently not its sales. Reporting higher deliveries for August, VW is, however, far from closing the chapter on its worst crisis ever. (16.09.2016)

Volkswagen wronged European consumers when it rigged its diesel engines to emit more toxic gases than allowed and then lied about it in the company's advertising, an EU commissioner has told German media. (05.09.2016)

Investigations into VW's emissions-cheating scandal increasingly point to its luxury division Audi as "the mother of the fraud." An email from an engineer suggested the company decided to cheat at least nine years ago. (22.09.2016)