Electoral authorities in Tunisia have reported a strong voter turnout in historic parliamentary elections. The vote is seen as key to establishing democracy in the birthplace of the Arab Spring. 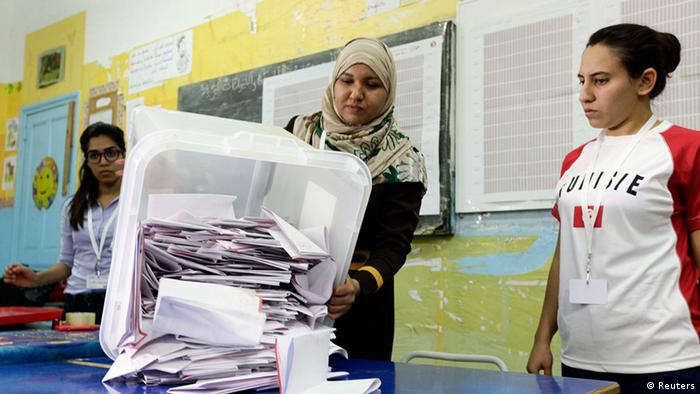 Voting was reportedly peaceful on Sunday in the North African nation, as more than five million registered voters were tasked with choosing a 217-seat parliament under a new constitution drafted earlier this year.

"I congratulate the people of Tunisia on the democratic election of a new parliament – an important milestone in Tunisia's historic political transition," US President Barack Obama said in a statement on Sunday, adding that by casting their ballots, Tunisians continued to inspire people "across their region and around the world."

Voter turnout was reported at about 60 percent, a significant step up from the 50-percent turnout in 2011 elections held shortly after a mass uprising against the government of longtime ruler President Zine El Abidine Ben Ali, which led Tunisia to become the birthplace of the Arab Spring movement.

Although seen as a beacon of hope compared to neighboring nations where regimes were also toppled in the Arab Spring, Tunisia is grappling with poverty and unemployment, as well as militant attacks and social unrest.

The moderate Islamist Ennahda (Renaissance) party, which won the 2011 vote, and the secular Nida Tunis (Tunisia's Call) party, are thought to be the two leading parties, with several smaller parties also likely to win seats.

Some 80,000 troops and police were deployed by authorities on election day. On Friday, police stormed a house in a Tunis suburb after a stand-off with suspected militants. Seven people were reported killed - a policeman and six suspects, five of them women.

With vote counting having started, official preliminary results are expected by October 30. Presidential elections are set to take place in November.

The Arab Spring began in Tunisia in 2011. In the run-up to the forthcoming elections, a team from DW went there to see if the country is really on course to become the region’s first true democracy. (10.10.2014)