The birthplace of the "Arab Spring" is voting to choose its first parliament. The exercise is being seen as Tunisia's first major step towards democracy following the revolution in 2011. 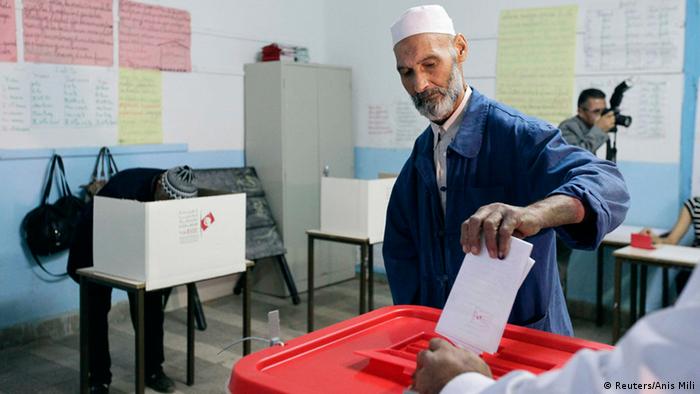 More than five million Tunisians were expected to choose their representatives in 12,000 polling stations across the country, where voting began at 7:00 a.m. (6:00 a.m. GMT) and was scheduled to last until 6 p.m. local time. Results are expected shortly after.

Security was tightened and more than 70,000 troops were stationed across the country for fear of Islamist attacks. The next round of elections for the president will take place on November 23.

Citizens will select 217 leaders from 13,000 candidates representing more than 90 political parties for the country's legislature.

Favourites for this year's elections include the Islamist movement Ennahda (renaissance), which was revived after democratic reforms in 2011. Ennahda had been banned by the former President Zine El Abidine Ben Ali's government.

Ennahda became a major political force and soon after won the country's first free election to a constitutional council in 2011. However, major rifts were revealed between the Islamist party and other secular groups like the Nidaa Tounes.

Tunisia finally got a new constitution in 2014 and a government of independents under Mehdi Jomaa was formed to steer the country into democratic parliamentary elections for the first time after the 2011 revolution.

At the time, deadly protests rocked the country after citizens became increasingly frustrated with rising unemployment and high prices. Nearly 300 people were killed in the violence, which ultimately led to the ouster of President Zine El Abidine Ben Ali, who seized power in a bloodless coup in 1987.

Despite recent attacks by extremists, labor unrest and high inflation, Tunisia's democratic reforms have been on track, unlike its other neighbors who experienced violent protests against the government. The parliamentary elections and the polls in November are intended to complete the democratization of Tunisia, which is often referred to as the birthplace of the "Arab Spring."