Volkswagen to stop making combustion engine cars by 2035 in Europe

The German automobile giant has now set a timeline for its exit from combustion engine cars. The changes will affect Europe first, with the US and China to follow "a little later." 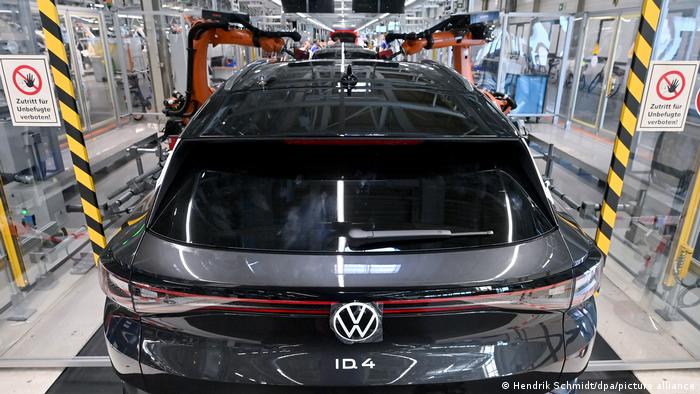 Volkswagen seeking to boost its lineup of fully electric cars

Volkswagen will no longer make cars with internal combustion engines in Europe by 2035, a board member said on Sunday.

What are VW's plans?

Klaus Zellmer, a member of the board for sales and marketing at Volkswagen's passenger cars brand, revealed the timeline in an interview.

"In Europe, we'll be getting out of the combustion engine vehicle business between 2033 and 2035," Zellmer told the Münchner Merkur newspaper.

The phaseout timeline announced on Sunday affects Volkswagen-brand cars, while plans are also in the works for other brands owned by the Volkswagen Group.

Zellmer told the paper that the phaseout will happen "a little later in the United States and China" and that it will take even longer in Africa and South America "due to the lack of political framework conditions and infrastructure."

Although Volkswagen is looking to boost its electric vehicle offering, the company will continue to invest in combustion engine technology for now, Zellmer said, adding that diesel vehicles remain in high demand.

What are other carmakers doing?

The comments follow a similar announcement this week from Audi, which is a subsidiary of Volkswagen.

Audi said it planned to stop producing cars with combustion engines in 2033.

US carmaker Ford and Sweden's Volvo announced plans to go all-electric in Europe starting in 2030.

Why is the change coming now?

Public outcry over climate change and new environmental regulations in Europe have prompted the shift to electric vehicles.

Ford Cologne goes electric -— with a little help from a rival

Volkswagen, in particular, is looking to rebuild its reputation following the "Dieselgate" scandal, which cost the company billions.

In 2015, the German car giant admitted to illegally fitting millions of diesel vehicles around the world with emissions-cheating software — prompting a slew of legal cases against the company and former executives.

The European Union is set to reveal stricter 2030 emissions goals and new proposals for regulation later in July. Car companies are expected to face even stricter curbs.

Polluted air and traffic jams are an everyday reality in Pasig, a city in metropolitan Manila. Can Pasig become a role model for others by opting for cleaner, green transport?