Vladimir Putin has labelled whistleblower Grigory Rodchenkov an 'idiot' but admitted there have been instances of doping in Russia. Putin's words come after Rodchenkov claimed he ran a state sponsored doping program. 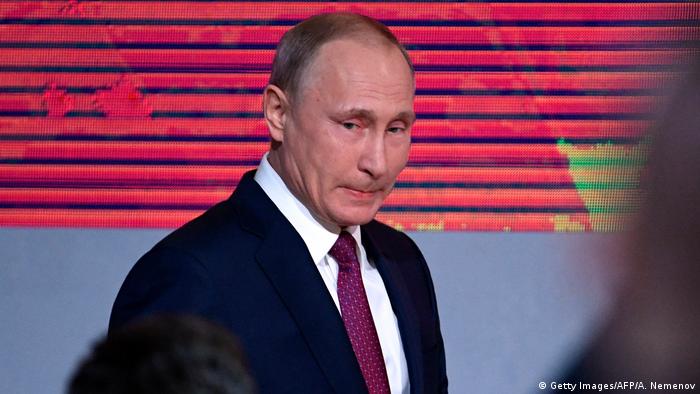 Russian President Vladimir Putin has reacted strongly to claims from Russian whistleblower Grigory that he ordered a state-sponsored doping program.

"Of course it [the doping program] came all the way from the top, from the president," Rodchenkov said in an interview with German broadcaster, ARD. "Because only the president can deploy the domestic secret service FSB for such a special task."

Some Russian athletes may compete at Pyeongchang Paralympics

While Putin admitted there have been "instances" of doping use in Russian sport, he did not specifically comment on the latest allegations and questioned the credibility of Rodchenkov at a meeting with his political campaigners in Moscow on Tuesday.

"They've got this idiot Rodchenkov," Putin said, apparently referring to the US. "He clearly had problems with the law... he attempted suicide, as he said... all of this indicates problems."

"Everything is based on testimony of this man... can he even be trusted?".

Russia has been banned from taking part at the 2018 Winter Olympics and Paralympics although individual athletes who prove themselves to be clean can compete under strict conditions and under a neutral flag.