Hungary, Poland, Slovakia and the Czech Republic - known as the Visegrad Group - are set to discuss border protection and the refugee crisis. They might help Macedonia close its Greek border to migrants. 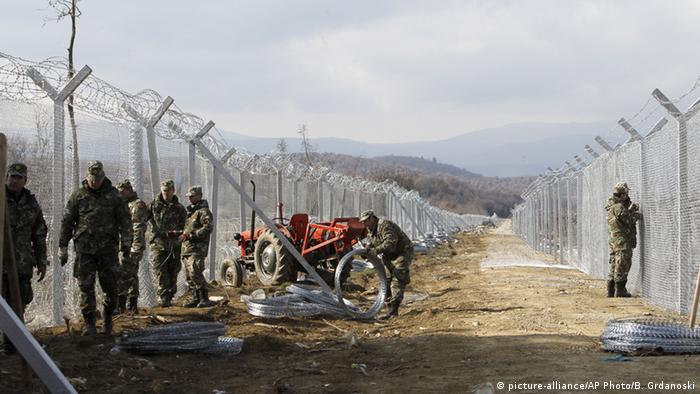 Macedonia is building a second fence at its Greek border

The four Eastern European countries known for their restrictive asylum policy are set to call for the closure of the so-called Balkan route to migrants traveling to Western Europe, German weekly magazine Der Spiegel reported.

The Visegrad countries - Hungary, Poland, Slovakia and the Czech Republic - invited representatives of Bulgaria and Macedonia to their summit in Prague on Monday. Leaders of the Visegrad states are expected to agree on helping Macedonia to block the migrants' path at its border with Greece, according to diplomats quoted by Der Spiegel.

"As long as a coherent European strategy is lacking, it is legitimate for the countries along the Balkan route to protect their borders," Slovakian Foreign Minister Miroslav Lajcak told the German magazine. "We will help them with that." 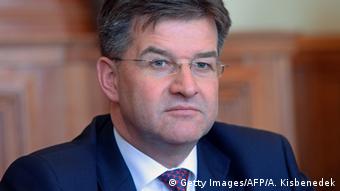 The Visegrad Group strongly opposes German Chancellor Angela Merkel's refugee policy. The four countries have led the criticism of efforts to absorb asylum-seekers who have traveled north out of Greece through the Balkan countries. Slovakian Prime Minister Robert Fico said Angela Merkel's refugee policy was a mistake, deploring that she was forcing others to pay for it.

Slovakia, Hungary, Poland and the Czech Republic are against any quota system for distributing asylum seekers among EU member states. In Miroslav Lajcak's opinion, a European quota system was the equivalent of an invitation which would encourage even more asylum seekers to embark on a journey to Europe.

Fear of massive backlog on the Balkan route

Right-wing Hungarian Prime Minister Viktor Orban urged Macedonia and Greece to follow his example and fence off their borders against refugees.

The four Visegrad countries, as well as Greece, are EU members and part of the free-movement Schengen area, while Macedonia is a member of neither.

Unlike Macedonia, Greece was not invited to the Visegerad meeting in Prague. Athens fears that Macedonia might close its border soon, leaving thousands of refugees in Greece.

According to the UN, about 2000 people arrive in Greece daily after having crossed the sea from Turkey in crowded boats.

Last month, Austria said it would limit the number of asylum seekers to 37,500 in 2016, after taking in about 90,000 last year, raising fears of a massive migrant backlog on the Balkan route if Vienna seals the border.

As Greece continues to struggle with the influx of refugees, some EU countries hope that its northern neighbor Macedonia can deter them. Amid a deep political crisis, the Balkan country is a questionable choice. (10.02.2016)

Serbian Foreign Minister Ivica Dacic wants unified EU action on refugees. He says that if Austria and other EU countries close their borders to refugees, Serbia would be forced to reconsider its policies. (13.02.2016)