Serbian Foreign Minister Ivica Dacic wants unified EU action on refugees. He says that if Austria and other EU countries close their borders to refugees, Serbia would be forced to reconsider its policies. 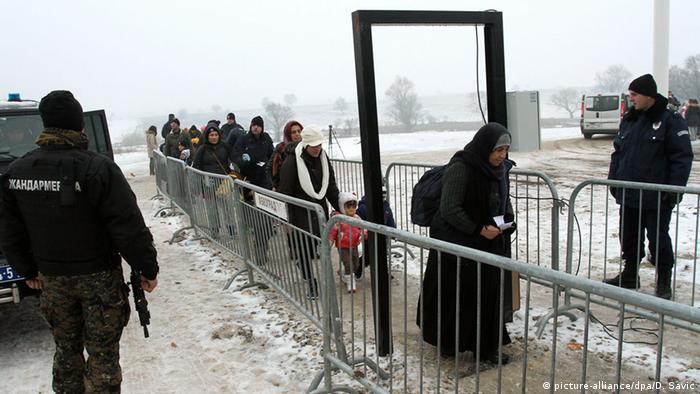 DW: Serbia is one of the main countries that refugees transit on the Balkan route to the European Union. What measures has your country adopted in response?

Ivica Dacic: Up to now we had a fair and constructive approach to this issue, and for this we were praised by the entire world and commended for our behavior from the European Union, the United Nations and all world powers. I have to note that in 2015 we had 600,000 migrants pass through Serbia. What is cause for us to worry further is the absence of a unified approach from the European Union. And these individual measures and steps that are taken by certain countries are something that brings us into a very difficult situation. It has been announced by the Austrian foreign minister, Sebastian Kurz, that Austria is going to limit the number of migrants to 37,500, and further steps will primarily depend on the moves of the countries which are on the western Balkan route. So, we need to see what Austria is going to do, whether they are going to close their border or not, and then, later on, if this is the case, to see what Slovenia and Croatia are going to do - because if they close the border, Serbia will be forced to simply do the same, and also close the border. We have no possibility of keeping all these people in Serbia. 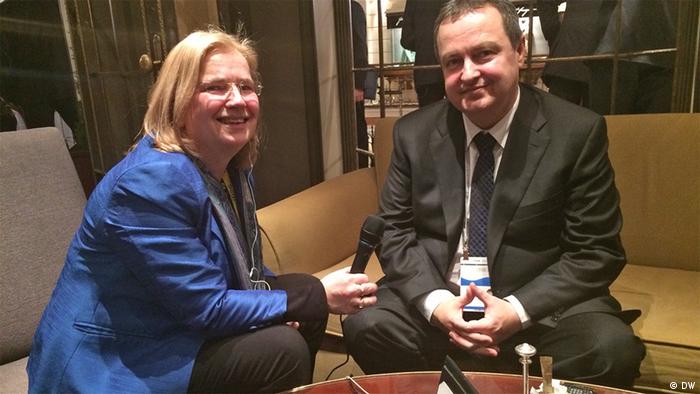 You have mentioned Kosovo as one of the places that refugees could transit or even stay in. What do you mean exactly?

This is a very peculiar phenomenon - that the migrants have never opted and have never wanted to change the route that was set in the beginning. They never opted to go maybe through Kosovo, and one of the reasons was because Serbia was always a helping hand to them. And what is going to be further in the future no one can predict. But we need to see whether the borders are going to be closed and what everyone is going to do next. What is important is for this not to create additional problems in the future for the European Union, but also for the western Balkans.

Serbia will vote in snap parliamentary elections this spring. What role could emotions over refugees play in the campaign?

Unfortunately, the closing of the borders could overlap or be parallel to our snap elections. And it was evident up until now that we have never misused this refugee and migrant crisis to our advantage. And the ruling coalition and all the parties that are in power now have never made any moves that are regarded as populist. We try to be very constructive. We follow the moves and everything that Germany was doing in its very constructive approach. So, we try to follow this example. And I believe that we will do the same in the future. I am sure that Serbia will continue to be an example of a humane approach.

EU under pressure as the situation in Belarus intensifies — Fires destroy Greece's largest refugee camp Moria — Shock as a court in Slovakia acquits a businessman of murdering a journalist — Spanish schools reopen despite an increase in COVID-19 infections — Russia hits out at 'hysteria' over Navalny poisoning — Austria looks to government courses to curb anti-Semitism among Muslim refugees.