Winter is coming in the Balkans, and thousands of Sinti and Roma are seeking asylum in Germany. Politicians are calling for an end to visa exemptions for Serbs and Macedonians. 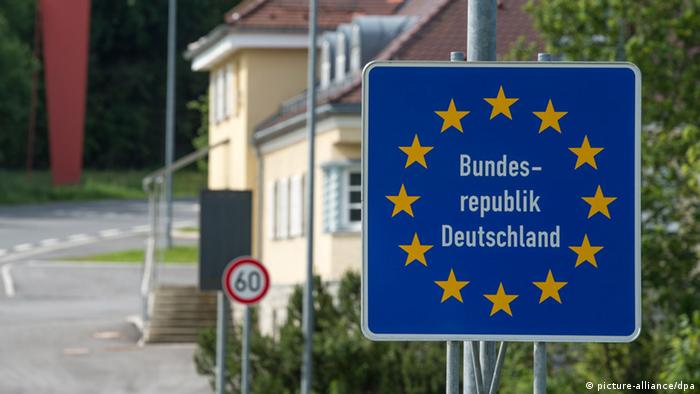 A total of 78 citizens from Serbia and Macedonia applied for asylum in Germany in 2010. For the month of September 2012, that number jumped to 2,435 people, according to the German Interior Ministry. The dramatic increase has left many politicians calling for a review of the visa exemption program for Serbs and Macedonians.

Since September 2009, citizens of these two states have been able to travel to the European Union without a visa. Since then, but especially in the last few months, the number of asylum seekers from these countries has drastically increased. 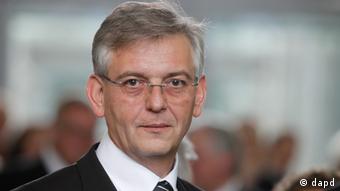 Schmidt says the refugee influx is an abuse of the system

"From our point of view, the arrival of Serbs and Macedonians is clearly an abuse of the visa exemption program," Manfred Schmidt, president of the Federal Office for Migration and Refugees (BAMF), told DW. "There must be consequences.

"We're seeing an influx of relatively large family groups," he explained, adding that the current financial assistance given to asylum seekers is about three time the monthly earnings in Serbia and Macedonia.

"It's about economic concerns," said Schmidt, adding that a key concern was the duration of asylum-seekers' stay in Germany. "When these individuals remain in Germany for eight weeks or a quarter year, they're able to save enough to finance the remainder of the year back home."

Playing a key role in this issue is a judgment made by the Federal Constitutional Court in July, which increased the benefits and adjusted the usual social benefits for asylum seekers in Germany.

German Interior Minister Hans-Peter Friedrich called for a review of the visa exemption program. The Interior Ministry, together with the German states, is looking for ways "to further reduce the administrative proceedings undertaken by the immigration authorities to grant asylum" - in other words, less paperwork and faster deportations. 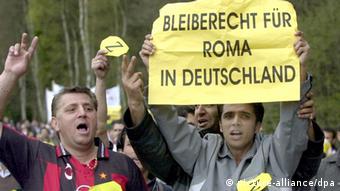 Roma have protested for asylum rights in Germany for years

Describing the situation as an "unacceptable increase of abuse of the asylum program," Friedrich said the massive influx of Serbian and Macedonian nationals must be immediately stopped. The interior ministers in the states of Hesse and Bavaria have expressed similar views.

"It must be possible for the EU to suspend the visa exemption program for these countries as soon as possible," said Friedrich, adding that the EU has a duty to find a solution to the problem. In a statement to DW, Friedrich said the Interior Ministry has also been in close contact with the governments in both Serbia and Macedonia.

Marei Pelzer, a consultant with the German refugee advocacy group Pro Asyl, said the discussion is headed in completely the wrong direction. "This is an entirely inappropriate sentiment, scaremongering aimed directly at refugees," she said. 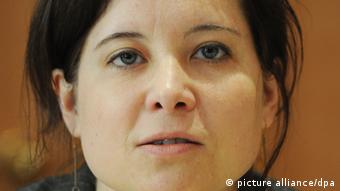 Pelzer said the tone of the debate could also be reflecting the general atmosphere in Germany.

"We had a similar bad experience in the 1990s, notably in Rostock-Lichtenhagen," she said, referring to the largest xenophobic riots in Germany's post-war history that took place at the central reception center for asylum seekers in the northern city in August 1992. "The mood can quickly swing to racism."

Winter is coming - and with it, Sinti and Roma

"Back home, the Sinti and Roma often live in slums and makeshift settlements that don't keep out the cold winds of winter," said Pelzer. For this reason, she said she thinks, many of them leave their homes in the fall. Health care is poor, and many children don't go to school.

According to a report from Amnesty International, 60 percent of the Roma and Sinti in Serbia live in poverty, with one in three having no access to clean water. Life expectancy - particularly for women - is said to be lower than the national average.

Pelzer pointed out, however, that the number of asylum application "is not blatantly high." In her opinion, Germany could deal with the situation in a much calmer manner. In any case, the acceptance rate for asylum applications is virtually nil.

"In France it's a different situation," she said. There, the highest court has decided that these people must be granted special protection. "It is therefore unthinkable that we are talking about an abuse of the system [in Germany]."

They are pursued, marginalized and discriminated against in many countries. And many Roma end up in Germany - but few are allowed to remain. (24.09.2012)

Raising awareness of the needs of asylum seekers

The tents on the bank of the Rhine river look a bit like they're home to a circus. But in fact, they house asylum seekers and activists who have gathered in Cologne to discuss Germany's asylum policies. (16.07.2012)