Violence against women in Pakistan often met with ′state inaction′ | Asia | An in-depth look at news from across the continent | DW | 09.04.2015

Violence against women in Pakistan often met with 'state inaction'

Eight years into Pakistan's democratic transition, violence against women is still endemic, a new ICG report found. The group's Samina Ahmed talks about why biased attitudes towards women lie at the heart of the problem. 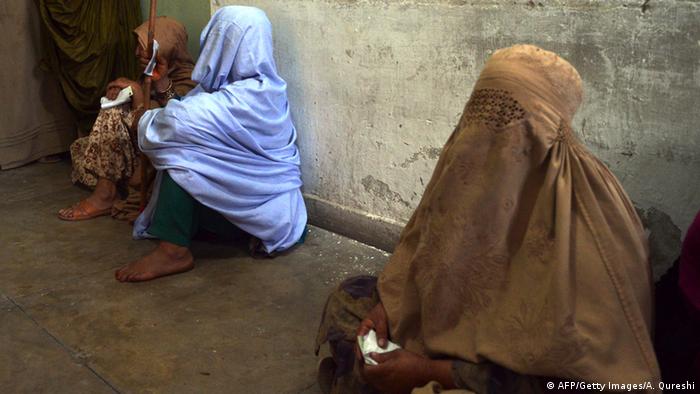 Released on April 8, the report by the International Crisis Group (ICG) says that discriminatory laws and a dysfunctional criminal justice system have put women in the South Asian nation at grave risk.

The paper, titled "Women, Violence and Conflict in Pakistan," argues that while some progress has been made after democracy's return, particularly through progressive legislation, there is still a climate of impunity amid state inaction and biased social attitudes toward women.

The document cites police officers who are not held accountable for failing to investigate gender-based crimes, and "discriminatory laws" which "continue to deny women their constitutional right to gender equality and fuel religious intolerance and violence against them."

Moreover, it points to the extent to which women's security is threatened in the conflict zones of Khyber Pakhtunkhwa (KPK) province and the Federally Administered Tribal Areas (FATA), where they are targeted by violent extremists with an "overt agenda of gender repression."

In a DW interview, Samina Ahmed, senior Asia Adviser and South Asia Project Director at the ICG, says women in Pakistan are currently subject to institutionalized discrimination, militant violence and religious intolerance, and urges PM Nawaz Sharif to keep his promise to protect and empower women.

DW: How has Pakistan's democratic transition affected the lives and rights of women in the country?

Samina Ahmed: Since democracy's return in 2008, there has been some progress towards protecting women and enhancing their rights. Women's political participation as voters and candidates has increased even in the Federally Administered Tribal Areas' (FATA) conflict zones. 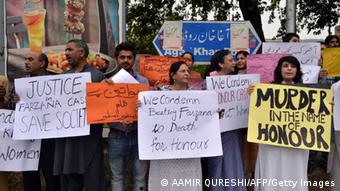 Ahmed: 'Informal justice systems have sentenced women to death for dishonoring their family'

Women's rights activists in the federal and provincial parliaments have spearheaded progressive legislation including laws to criminalize sexual harassment and the 2011 Prevention of Anti-Women Practices Act which bars forced marriages, depriving women of their right to inheritance, or giving away women in marriage to settle tribal disputes.

Yet, violence against women is still endemic, amid a climate of impunity and state inaction.

What have been the main challenges faced by women over the past eight years, both legally and economically?

Discriminatory laws, such as the Hudood Ordinances remain on the books, denying women their constitutional right to gender equality. A gender-insensitive and dysfunctional criminal justice system has failed to protect women's rights and lives.

Pakistan has been carrying out a military offensive in its restive northwest to root out Islamist militants since June. Civilians have been caught in the crossfire, as Catherine James reports from Khost, Afghanistan. (30.12.2014)

The case of Asia Bibi: A husband fights for his wife

The fear is a constant companion for Ashiq Masih. The husband of Pakistani Christian woman Asia Bibi, who is sentenced to death for blasphemy, spoke to DW about his struggle to save his wife's life. (24.02.2015)

As Pakistan's army steps up its offensive against Islamic militants in Waziristan, Bo Schack, UNHCR representative in Afghanistan, tells DW many displaced families may soon struggle to gain access to basic services. (12.01.2015)

Parliament has failed to remove or repeal the Hudood Ordinances and to pass a national law to protect women against domestic violence. Existing laws, such as the 2010 Protection against Harassment of Women at the Workplace Act, are poorly implemented.

What has changed in terms of societal attitudes towards women?

Women's rights activists, political leaders and development workers have been instrumental in working towards ending violence against women and gender-based discrimination.

Yet, social attitudes towards women, including girls, remain biased. Supported by some communities, informal justice systems such as jirgas (all-male councils) have sentenced women to death for dishonoring their family and have given away females, often minors, to settle tribal disputes.

Even within the formal justice system, the subordinate judiciary has often ignored women's rights violations as has a gender-insensitive police force. Even within mainstream moderate political parties, some members, such as in the 2013 polls, signed agreements to bar women from voting in their constituencies.

What has the government done to improve women's lives?

Despite a comfortable majority in parliament, the ruling Pakistan Muslim League-Nawaz (PML-N) has not championed women's rights. Nor has it, or the provincial governments, enforced the laws that protect women and ensured that rights violations are punished.

What role does the volatile security situation in parts of the country play in this context?

The government's indiscriminate military operations, which have displaced millions, have further aggravated the challenges women face in the conflict-zones. 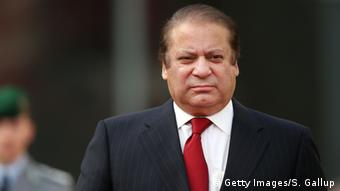 The ruling Nawaz Sharif government 'has not championed' women's rights

Based on your findings, what do you urge Islamabad to do to curb violence against women in Pakistan?

Prioritizing the development of a gender-responsive security apparatus, they should ensure that women can exercise their right of franchise and to stand for public office. Islamabad should also reflect their priorities in all government policies, including counter-insurgency and peace-building efforts.