Viktor Babariko: The Belarusian banker who challenged Lukashenko | Europe | News and current affairs from around the continent | DW | 18.02.2021

Viktor Babariko had Belarusians queuing round the block to support his short-lived run for the presidency before his arrest. Who is the former banker now facing 15 years in jail and what does he stand for? 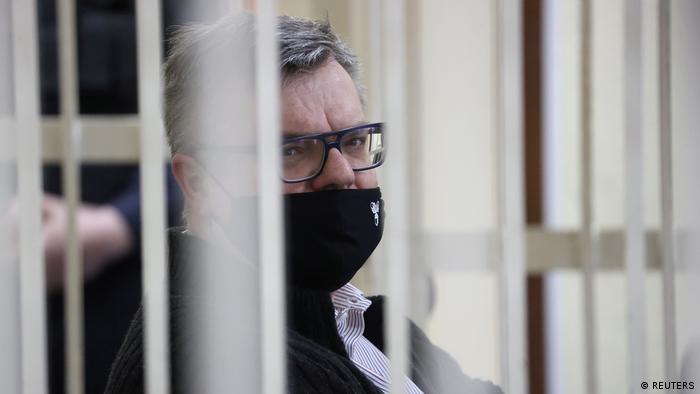 Viktor Babariko told supporters in a statement released ahead of his trial on Wednesday that the past year had been one of "victory over the slavery we carried in our souls" even if a political victory over authoritarian President Alexander Lukashenko's regime has so far failed to materialize.

"For years they convinced us that Belarusians couldn't do without an iron fist to lead us," he said. "That we were incapable of taking independent decisions and taking responsibility for our future."

Babariko's message was penned in the prison cell where he has spent the past eight months. Months in which Belarus has changed in profound ways; changes he has only been able to follow from behind bars.

Babariko's problems with the Belarusian judiciary began in early June 2020, just weeks into a whirlwind presidential campaign that saw hundreds of thousands of Belarusians sign his bid to register as a presidential candidate. Initial online polling put Babariko far ahead of incumbent Lukashenko, some suggested the opposition figure could even pick up close to 50% of the votes. The authorities' response was to ban independent opinion polls.

Also in early June, investigators raided Belgazprombank, the bank Babariko had run for 20 years before resigning to run for president. Within a matter of days, Babariko was behind bars on charges of taking bribes worth some €10 million ($12 million) over 16 years and money laundering. Soon after, Belarus' electoral commission moved to reject his bid to register as a candidate, citing the criminal proceedings against him and an alleged failure to report all his assets. Shortly after announcing his run for president, Babariko was placed under arrest

If convicted, Babariko could face up to 15 years in prison. Six of his Belgazprombank colleagues are also on trial; all have accepted plea bargain deals with investigators that would see their sentences reduced by half. Investigators have struggled to explain why a case was only opened once Babariko had gone public with his political ambitions. Amnesty International said it's no coincidence and has recognized Babariko as a prisoner of conscience.

As the former head of a major bank-owned by Russia's state-controlled gas giant Gazprom, Babariko's Moscow connections are unsurprisingly close. But for all his Russian ties, he made a point of emphasizing the need to defend Belarusian sovereignty while building mutually beneficial ties not just with Russia but with Europe as well.

Babariko told Russia's Kommersant newspaper that over the long term he hoped to see Belarus assume neutrality, even if that meant leaving the country's present security arrangements with Russia.

Bringing business skills to the presidency?

A manager for hire with the people of Belarus as his employers — that's how Babariko was keen to position his campaign for the presidency. After a quarter-century in office, Lukashenko had forgotten that Belarusians were his employers and not his employees, Babariko quipped. The campaign made much of his managerial experience, casting him as a pragmatic problem-solver capable of helping Belarus overcome its backlog of reforms. Even after his arrest, Babariko's supporters pushed ahead with the launch of a political party to be called "Vmeste" or "Together." But it wasn't to be: A new wave of arrests soon put paid to the new party as Babariko's political allies joined him behind bars. 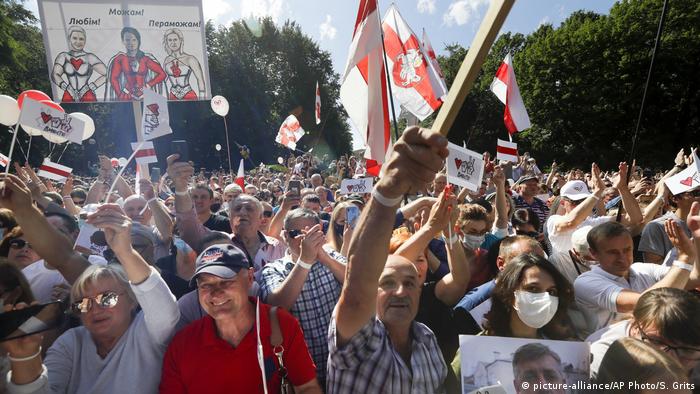 In October, after two months of mass protests on the streets of Minsk, Lukashenko appeared willing to engage with the opposition. He paid a surprise weekend visit to Babariko and other opposition figures in jail. More than four hours were spent discussingconstitutional change and Belarus' future; optimistic analysts saw the beginnings of a national dialogue. But as autumn turned to winter and protesters dispersed, a newly confident government once again dropped any suggestion of dialogue with its opponents.

As a crackdown against civil society intensified and his codefendants' stuck deals with the prosecution, the court's eventual verdict seems in little doubt. State media is awash with reports of the crushing amount of evidence against Babariko. Short of a face-saving deal that would allow the government to send him into exile, it appears likely that Babariko will spend the foreseeable future behind bars. The government's message is and remains crystal clear: No opposition politician — no matter how well connected — can expect to remain free and in Belarus.

Massive anti-government rallies swept the nation in 2020. Europe's "last dictatorship" is cracking down on dissent in a bid to maintain control.

The German chancellor has condemned the ongoing repression of protesters in Belarus, calling for the release of political prisoners and announcing further means of German support.

The Sakharov Prize has been awarded to the Belarus opposition movement. Opposition supporters, led by exiled politician Sviatlana Tsikhanouskaya, have been protesting for months against President Alexander Lukashenko.