One died in central Denmark, the other was killed in England, each about 1,000 years ago. Fresh DNA tests show they could have been even half-brothers. Now they lie together at Denmark's National Museum. 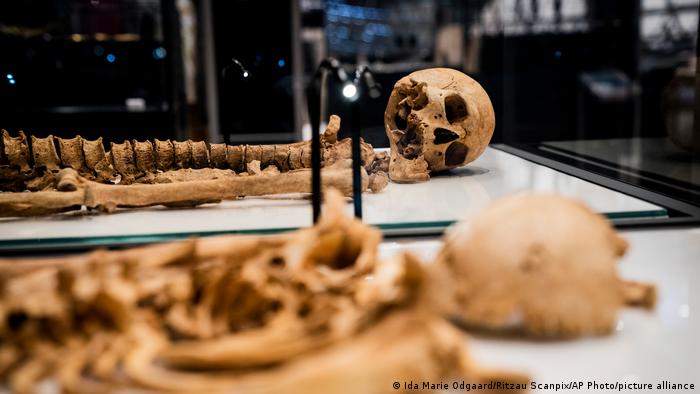 Despite dying in different countries, researchers believe the two Vikings were related

DNA genetic testing had shown that the Viking-era men were either half-brothers or nephew and uncle, said Copenhagen university geneticist Eske Willerslev.

Although separated by the North Sea at death, some 900 kilometers (560 miles) apart, the pair of skeletons have been reunited at Denmark's National Museum, with 150 bones on loan from The Oxfordshire Museum.

Copenhagen museum archaeologist Jeanette Varberg said the genetic tracing of commoners — beyond genetics focused on past nobility — was a "big discovery" and very rare.

Danish Vikings are thought to have reached Scotland and England from the late eighth century as raiding settlers, with some even reaching North America later.

In 2008 the skeleton of the younger man, in his 20s and exhibiting weapon scars, was found near Oxford in a grave along with the remains of 35 other Danish settler men, possibly killed on the orders of medieval English King Ethelred.

The other man, in his 50s and presumed to have been a farmer, died on the Danish island of Funen. His skeleton was excavated in 2005 near the town of Otterup.

Signs of arthritis and rib inflammation, perhaps from tuberculosis, were found on his skeleton, which also showed that he stood 182 centimeters tall (just under 6 feet).

He also had a lesion on the left side of his pelvis, suggesting a sword wound that had not healed properly, said Jesper Hansen, museum chief at Odense on Funen.

Varberg said the skeletons appeared to have lived at similar times, perhaps separated by roughly 50 years, but that precise dating was not possible. 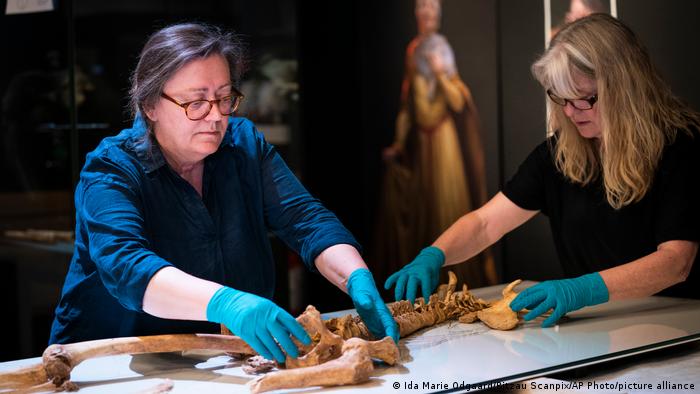 "It's very difficult to tell if they lived in the same age or they differ maybe by a generation, because you have no material [in the graves] that can give a precise dating," said Varberg.

From June 26, the pair of skeletons are to be publicly displayed at the National Museum in Copenhagen as part of an exhibition titled "Togtet," Danish for "The Raid."

How would Bonn's prehistoric residents have viewed the UN's climate conference from their clifftop lookout over the Rhine? Looking back 14,000 years, Ian Johnson offers a different perspective on Earth’s climate drama.

Europe - The Cradle of Humanity?

Could the first humans have actually evolved in Europe rather than Africa? New discoveries in Greece and Bulgaria indicate a hominoid who walked upright already existed in Europe seven million years ago.

France and Britain brace for storms after enduring drought and heat waves 18.08.2022

France and the UK continue to experience extreme weather conditions as the countries report flash flooding after intense rainstorms.