How would Bonn's prehistoric residents have viewed the UN's climate conference from their clifftop lookout over the Rhine? Looking back 14,000 years, Ian Johnson offers a different perspective on Earth’s climate drama. 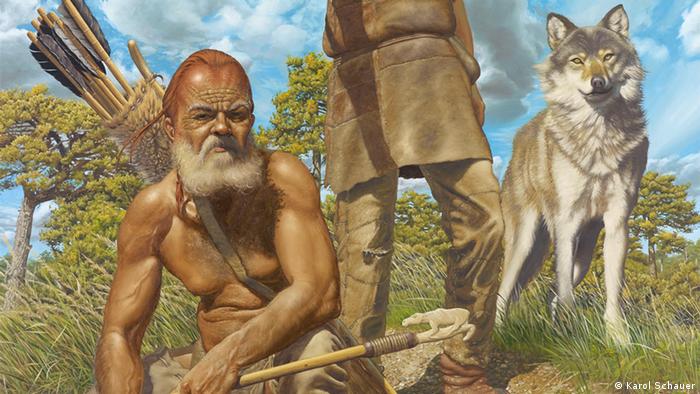 Quarry workers extracting basalt in 1914 high on Bonn's river bank — opposite the UN’s climate secretariat — found remains of a woman, a man, a dog and their artifacts, all neatly buried. Radiocarbon dating would later show that they had lived 14,000 years ago.

That find in Oberkassel on Bonn’s outskirts was far younger than the famed Neanderthals, 42,000-year-old remains excavated at another quarry near Düsseldorf in 1856 — just three years before Charles Darwin upset creationists by publishing his theory of species evolution. 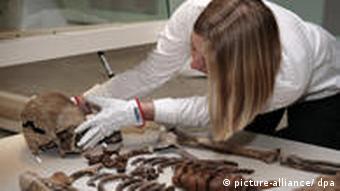 That deep chill had lasted more than 10 millennia and had been the most recent in seven cycles of glacial advance and retreat across the globe of the past 650,000 years.

Water froze, forming polar shield ice that also lay across Scandinavia, as far south as Berlin and Hanover. The freeze sucked the world's oceans lower by as much 125 meters (137 yards), leaving Britain — now pensive over Brexit — very much part of Europe's landmass.

Bands of hunter-gatherers, sometimes called the "Magdalenian,” mammoths, horses and woolly rhino had taken refuge in mostly tundra grasslands and scrub in an arc just north of Europe’s Alps from the Atlantic to the Black Sea, and especially in what is now France and the Iberian Peninsula, decorating caves such as the one at Lascaux. 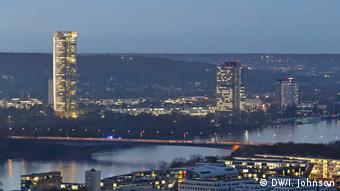 From Bonn's clifftop: COP23 by night

Beyond their comprehension perhaps would have been the invisible, odorless and relatively small atmospheric constituent called carbon dioxide (CO2) and more climate-potent gases such as methane and nitrous oxide (laughing gas).

Cyclic warming was again in train, but this time humans, in what became known as the Holocene, began developing potent environment-changing technologies.

These would far exceed fire- and spear-making practiced during the decline of Neanderthals, who, however, left some Europeans with trace DNA in their genes, according to Max Planck researchers. 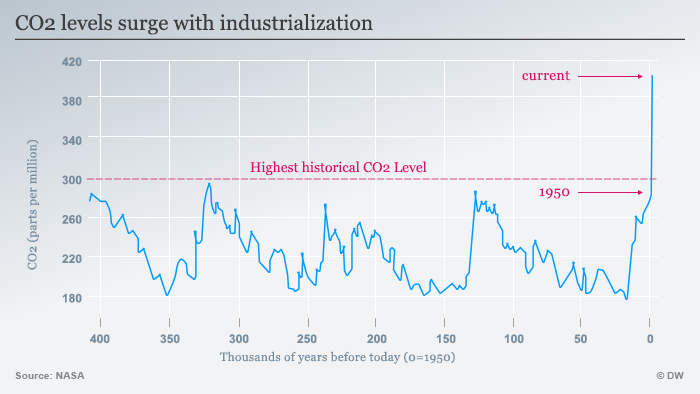 How do we know all this? Not only because of ancient carbon dioxide contained in tiny air bubbles trapped in ice bored from Greenland and the Antarctic, but also from ancient pollen found in lake beds southwest of Bonn in Germany's volcanic Eifel region. 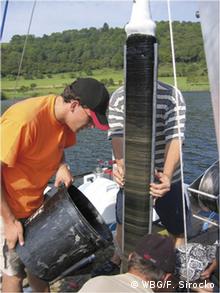 Europe’s vegetation changes can be envisioned because the ancient pollen mix tells what trees existed or died off — birch, hazel, oaks, pines, juniper or grasses — each sensitive to certain conditions caused by factors such as temperature, moisture and acidity.

Knowing this, paleontologists have deduced the ancient vegetation cover, looking for clues also in ancient wood samples, such as growth rings. 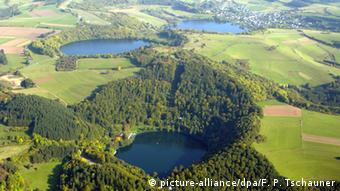 So, Bonn’s ancient residents, fast-forwarding, would have experienced Europe being transformed from frozen tundra into mixed, often dense forests dominated later by oak and then beech.

Entering the “Atlanticum” or climatic maximum, the Holocene's mild period from 8,000 to about 6,000 years ago, they would witnessed the adoption from the Middle East cultures of animal domestication and cereal cropping.

Ice sheets were melting; sea levels were rising, flooding, for example, the North Sea’s Dogger Bank, where fishing boats have since trawled up mammoth bones, and spear tips, possibly from drowned settlements. 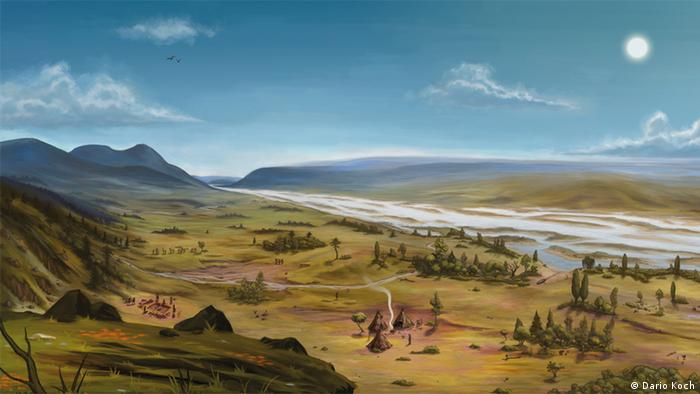 Prehistoric Bonn: campsites, a Rhine with meanders, and looking south, the volcanic Eifel on the distant horizon.

West of the Urals, human individuals emerged who were no longer intolerant to milk but kept the ability to digest the protein lactose after childhood. It became feasible to keep cattle, goats, horses and sheep, drink their nutritious fluids and turn their wool into textiles.

Just as well, because of the relatively brief temperature slumps, one being the "Piora" oscillation about 5,800 years ago. Cereals grew only sporadically; swollen rivers inflicted erosion.

What some call the "Little Ice Age” set in from 1300 and lasted until 1850, a tumultuous era of famine, warfare and epidemics, with icy landscapes documented by painters such as Pieter Bruegel the Elder in 1565.

The cold helped put an end to the Emperor Napoleon’s march on Russia in 1812; the freezing weather was attributed to sunshine-blocking volcanic ash from Guadeloupe, which was followed by Indonesia's Tambora eruption in 1815.

As mass industrialization took over, the worldwide burning of fossil fuels, especially coal, sent "anthropological" carbon dioxide levels sky-high as compensatory "sinks" such as forests and oceans were overwhelmed.

Tempering this trend were volcanic ash showers, El Nino weather in the Pacific and shifting Gulf Stream flows in the Atlantic, and fluctuations in the Sun's radiation and Earth orbit wobble.

Created in 1988, the UN’s IPCC climate panel began warning that the Earth was being turned into a hothouse.

Its identified culprits were deforestation, but especially mass consumption of coal, oil and gas, releasing usable energy but also billions of tons of extra carbon dioxide.

It was a pattern already postulated in 1895 by Swedish scientist Svante Arrhenius.

What would the prehistoric couple have seen?

Gazing from their Rhine clifftop, probably terrified by the roar of fossil-fueled vehicles, trains, aircraft while watching river barges still shipping coal upriver to cities like Mannheim, our prehistoric couple and their dog would have been perplexed, even terrified.

On the horizon, beyond Bonn, they would see steam rising from two of Europe's larger coal-fired power stations, Niederaussem and Neurath. 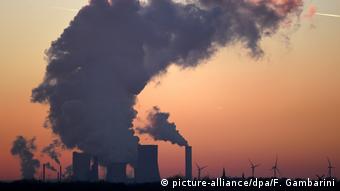 Long used to the warmth of their campfire, they perhaps would have heard COP23 delegates calling for total “decarbonization” by 2050 and Pacific islanders pleading for severe reductions before 2020 to avert otherwise inevitable flooding of their island homes.

They would have heard climate activist Tracy Sony from Botswana saying progress had been made at the conference, but "finance" from wealthier countries was still needed so Africa could “leapfrog, especially in areas of agriculture and renewable energy.”

And, listening to climate sages such as German oceanographic researcher Professor Mojib Latif, our prehistoric couple would hear him say: "We are carrying out a large-scale experiment. We are basically gambling with our planet.”

Brown bears have largely vanished from Europe over the past 12,000 years. One reason: warmer winters discouraged females from bearing cubs as they used energy to sleep rather than go into deep hibernation in the cold. (07.09.2017)