Victory for Hannover fans as Martin Kind steps down

After the resignation of club president Martin Kind, supporters of Bundesliga side Hannover 96 have elected a new supervisory board. The development has been welcomed by supporters of German football's 50+1 rule. 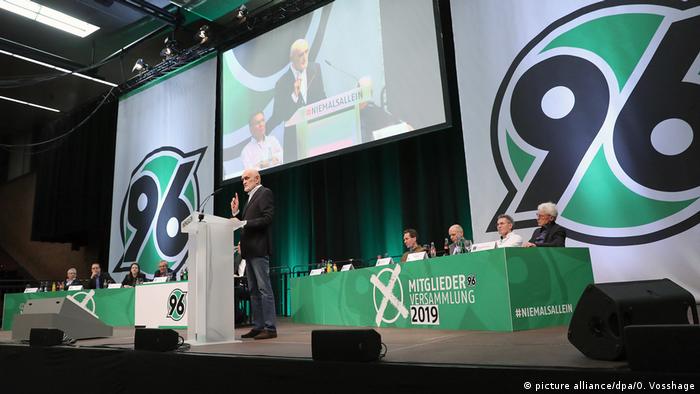 Supporters of Hannover 96 celebrated a significant victory at the club's annual general meeting (AGM) on Saturday when all five opposition candidates were voted to the club's supervisory board, ushering in a new era at the struggling Bundesliga club.

The supervisory board will now appoint a successor to Martin Kind, the controversial club president who had previously announced his intention not to stand for reelection after 20 years at the helm. Kind still remains CEO of club's professional football division and the largest investor, but he has relinquished a significant chunk of power to the club itself and its membership.

"It was a democratic voting process and the victors are happy," said the dethroned 75-year-old, as the majority of the 2,100 members present at the AGM celebrated wildly with terrace chants and songs. "We need new faces and new ideas."

Kind's successor is expected to be Sebastian Kramer, a former supporter liaison officer with roots in Hannover's hardcore fan scene. "We want to make the club more democratic and involve the members again," said Kramer. "And we may just have succeeded in tearing up the structures [preventing that]."

In his two decades in charge of the club, Kind has constructed a bewilderingly complex set of companies and sub-companies within and around Hannover 96, with the ultimate effect that the ability to influence key decisions has been gradually stripped away from the voting membership of the club itself - the "e.V.," or registered club. 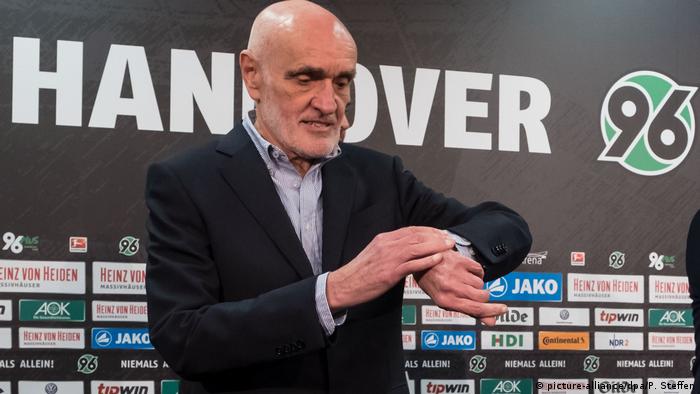 Martin Kind's time as president of Hannover 96 is up

Key to Kind's actions is his belief that, as the chief investor in Hannover 96, he has the right to sole control over what is done with the club's money. Kind is an outspoken opponent of German football's 50+1 ownership rule which prevents outside investors from obtaining a majority stake in a football club, even launching a legal challenge on the grounds that the rule contravenes European law.

Advocates of the rule argue that it safeguards German football's supporter-friendly fan culture by ensuring that clubs remain ultimately controlled by those to whom they mean the most - the fans. Without it, majority shareholders would be free to take whatever measures they want to increase profit. This could potentially include the abolition of cheap standing terraces in favor of more expensive all-seater stadiums or voting for inconvenient kick-off times to secure bigger television deals.

In February 2018, Kind put an application for an exemption from the 50+1 rule at Hannover 96 on hold after supporter campaign group ProVerein1896 submitted information to the German football league (DFL) which revealed that his investment in Hannover 96 was neither substantial nor consistent enough to warrant a full takeover. 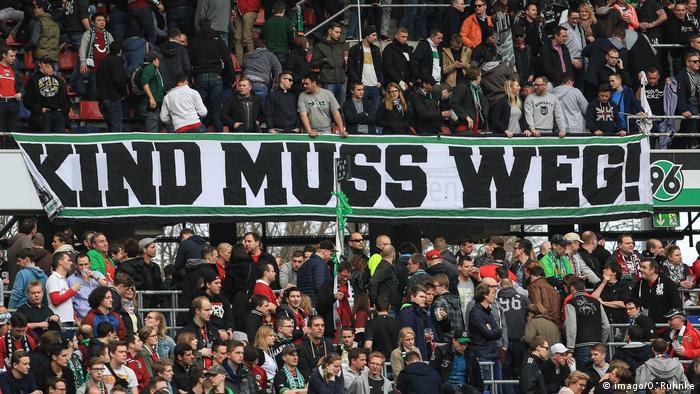 "Kind must go!" There have been sustained protests against Martin Kind in Hannover

One of the first actions of the new supervisory board and club president is expected to be a permanent withdrawal of that application – a victory for supporters in Hannover and elsewhere in Germany who have spent the past two years campaigning vigorously against the proposed abolition of the 50+1 rule.

In Hanover, large parts of the club's active fan scene, including the vocal ultra groups, carried out an atmosphere boycott throughout large parts of last season – the club's first back in the Bundesliga following relegation in 2016 – chanting only "Kind muss weg!" (Kind must go!)

In August 2017, Hannover fans caused a pre-season friendly against Premier League side Burnley to be called off in what many saw as a premeditated attempt to embarrass their own club. In January 2018, thousands of fans staged a funeral procession through the center of Hannover, carrying a coffin and mourning the "death of football as the people's game."

The protests have not always been backed by all Hannover fans, with many accusing the protesters of abandoning the players, but support has grown this season as Hannover's situation on the pitch has worsened. The club are currently second-bottom of the Bundesliga and last week suffered a humiliating 5-0 defeat in a friendly against mid-table second-division side Arminia Bielefeld.

On Saturday night at the AGM, they finally had something to celebrate.