In a thrilling and tactical battle, Max Verstappen couldn't overcome Lewis Hamilton in the final laps of the race. The Briton sealed the first win of the 2021 season and his third consecutive victory in Bahrain. 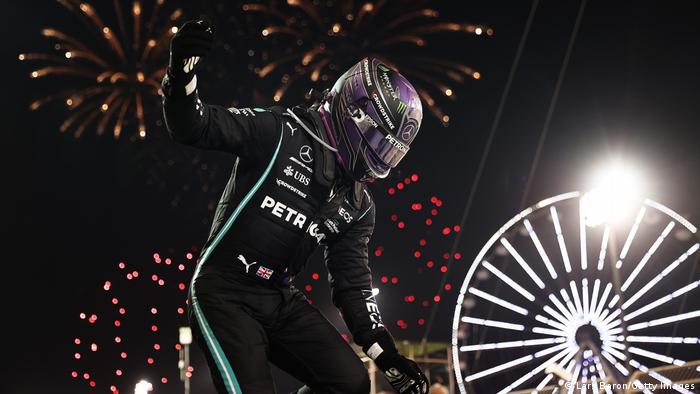 Lewis Hamilton got his season off to the best possible start

A brilliant defensive performance from Lewis Hamilton saw him hold off the charge of Max Verstappen and seal top spot in the opening race of the season.

In a back-and-forth contest that ultimately turned on the teams' pit strategy, Verstappen looked set to overcome defending championHamilton in the final laps.

And with three laps to go, Verstappen overtook Hamilton but had to allow the Briton back in front having gone off track to overtake — a controversial decision given drivers were told track limits at Turn Four were not to be enforced during the race.

Quote of the day at the Bahrain GP

"There is definitely an issue so you better f****** find it." — Max Verstappen on his early car problems.

Drive of the day at the Bahrain GP

Sergio Perez (Red Bull) — Another season, another great performance by the Mexican. Having struggled in qualifying, Perez forced another warm-up lap and had to start from the pit lane after his car cut out during the first formation lap. Despite that, he raced his way through the field as has become his style. A fifth-placed finish was his reward.

Mercedes — Although they have long been the gold standard in the sport, they looked second best to Red Bull all weekend long. To seal top and third as a team was a testament to their performance. Hamilton drove brilliantly to win and Bottas overcame a slow pit stop after 31 laps to seal the final podium spot and the fastest lap.

Best of the rest at the Bahrain GP

Although he finished second last, Sebastian Vettel had fun on the track and both McLarens looked fast. Off all the debutants, Yuki Tsunoda in the AlphaTauri impressed the most, claiming ninth and two points in his first race. Both Haas struggled, Mick Schumacher finished last and teammate Nikita Mazepin spun out on the opening lap. 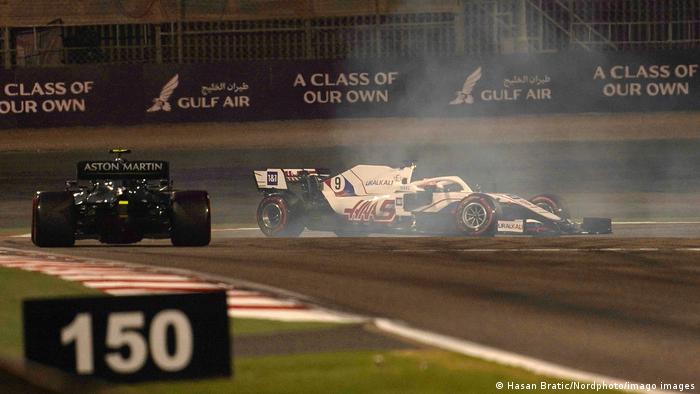 Max Verstappen edged out champion Lewis Hamilton by 0.39 seconds on his final qualifying lap to claim a fourth career pole position and secure a strong start for his Red Bull team on Saturday.

Hamilton will start in second, with his Mercedes teammate Valtteri Bottas in third and Ferrari's Charles Leclerc in fourth. With Mercedes having dominated the sport in recent years, the Red Bull car has been tipped by many observers to pose a serious threat this season, particularly with a driver as talented as Verstappen at the wheel.

But the two Germans in the field will start some way behind. Sebastian Vettel, who endured a tough season with Ferrari last time out was among the five drivers eliminated from Q1 and starts 18th for Aston Martin.

One spot back from him, Michael Schumacher's son, Mick Schumacher, starts from 19th at the track where his father won the inaugural race in 2004.

Verstappen: "We had a good week of testing. There are no guarantees but it's been great so far, really enjoyable to drive. ... The car has been steady on the short and long runs, we have a good car. We need a good, clean start."

Hamilton: "I absolutely gave it everything I had, but unfortunately it wasn't good enough. There's always more, but it was the best I could do, I got everything I could from the car."

The Bahrain International Circuit is a 5,412-kilometer course that presents opportunities for overtaking, especially in the start-finish straight.

The hot weather often a significant factor in Bahrain and sand has proved a big issue on the desert track. The race has been run in the evenings since 2014.