Venice Film Festival: Cinema as the antidote to coronavirus depression 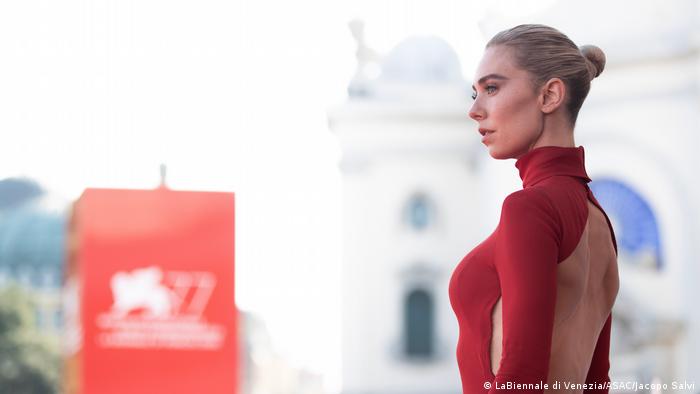 Vanessa Kirby at the premiere of 'Pieces of a Woman'

OK, it's no fun watching films in a face mask. Or sitting in a theater that smells less of popcorn than of disinfectant. But, for the hundreds of film critics, journalists and film professionals who made it here to this year's Venice Film Festival — the first major festival since the coronavirus lockdowns — the new hygiene measures are a small price to pay to be able to go to the movies again.

By holding the festival at all, Venice was taking a big risk. Cannes, Telluride and other major film festivals were cancelled. The Toronto Film Festival, which kicks off later this week, will be a very local affair, with few non-Canadians expected to attend due to travel restrictions and local quarantine rules. So it's up to Venice to be the standard bearer for the international film industry.

All hopes on Venice

"Venice is everything. Venice is Karlovy Vary, Venice is Cannes, Venice is Berlin, Venice is everything now," said Hungarian director Kornel Mundruczo, whose English-language debut, Pieces of a Woman, starring Vanessa Kirby and Shia LaBeouf, premiered in Venice on Saturday. "I think everyone feels this. If I can talk for all filmmakers, I think we all hope that Venice happening means we are back on track. We just need it."

Movie theaters around the world, most of them shut for months due to COVID-19 lockdowns, have begun to reopen. Everyone who made it to Venice this year is counting on the festival to help get people excited about going back to the movies. 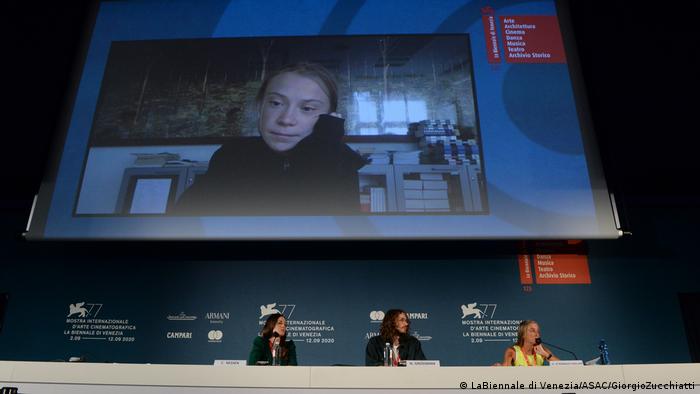 Vanessa Kirby, Greta Thunberg are the stars of Venice 2020

Judging from the halfway mark, Venice is doing its job.

Kirby, best known for her role as Princess Margaret in Netflix's The Crown, wowed audiences with her raw performance in Pieces of a Woman as a mother struggling with the loss of a child, and her charming, seductive turn in Mona Fastvold's The World to Come, in which she plays a 19th-century American pioneer wife having a love affair with a female neighbor (played by Fantastic Beasts actress Katherine Waterston).

Actress Regina King, who already has one Oscar (for If Beale Street Could Talk) on her shelf, could soon collect a few more gongs for her directorial debut, One Night in Miami. The story of a real-life meeting between Muhammad Ali, Malcolm X, soul singer Sam Cooke and American football star and activist Jim Brown, the film got a rapacious reception from the Venice crowd when it premiered here Monday and is already a front-runner for the 2021 Academy Awards.

Outside the competition, Venice highlights so far include the delightful Greek fable Apples, from first-time director Christos Nikou — which plays out in an all-analog world where a pandemic is causing people to lose their memories — and Mainstream, from Gia Coppola (niece of Sofia, granddaughter of Francis Ford), a splashy satire of social media celebrity starring Andrew Garfield.

Alongside Kirby, the star of Venice 2020 has been teenage climate change activist Greta Thunberg, who didn't attend in person but patched in via video link on Friday to talk about the documentary on her life, I Am Greta.

The Fridays for Future icon said the film, from documentarian Nathan Grossman, shows the real Greta. "Not the person that the media frames me to be, not the angry, naive child who sits in the United Nations general assembly screaming at world leaders. Because that's not the person I am," she said. "So, I think he definitely made me seem like a more shy, nerdy person, which is the person that I am." 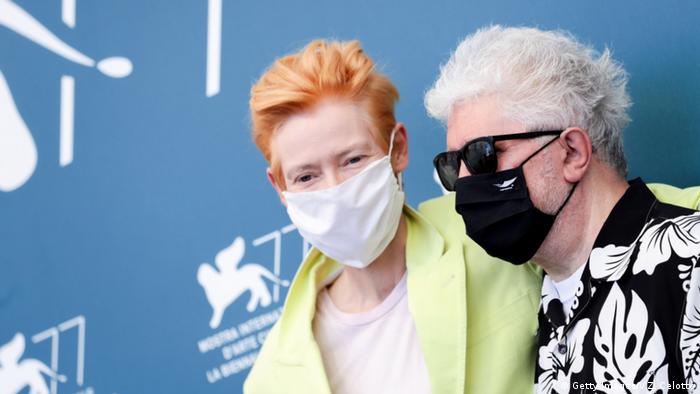 Not without a face mask: Tilda Swinton and director Pedro Almodovar at the premiere of 'The Human Voice'

But the message of this year's Venice Film Festival was summed up best by Spanish director Pedro Almodovar, who attended to present a short film, The Human Voice, starring Tilda Swinton:

"The cinema is not going through the best period, but that is why we have to invite people to go to the cinema," he said. "[Coronavirus] lockdown has shown us that our homes can be a place where we are in prison. Where you can work, eat, and live inside. [But] the antidote to all this is the cinema. It is the opposite of all that. Going to the cinema means going on an adventure."

How the Locarno Film Festival is reinventing itself

The Pandemic put a stop to most film festivals. But in Locarno, it's a time to realize new ideas.

The coronavirus pandemic — seen it all before in the movies?

A film expert looked into how TV series and cinema foreshadowed the COVID-19 pandemic years ago. Here's why we should have been watching more closely.