Venezuela: Representatives of Maduro and Guaido to meet in Norway

Norway's Foreign Ministry said in a statement that the government and opposition delegates will hold talks in Oslo next week to carry forward the negotiation process. It will be their first face-to-face meeting. 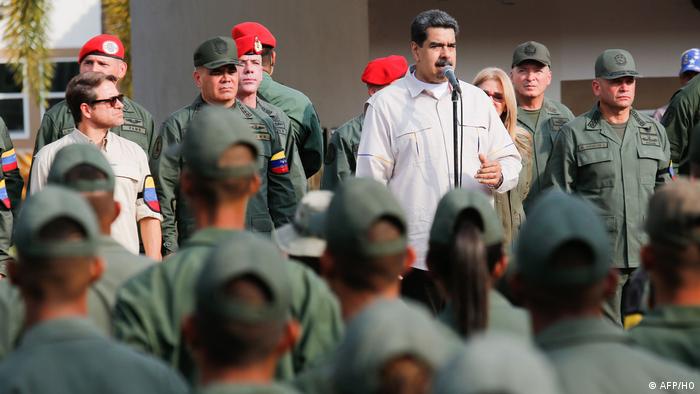 Norway is set to host a new round of talks with representatives of President Nicolas Maduro and opposition leader Juan Guaido next week in Oslo, the Scandinavian country's Foreign Ministry said in a statement on Saturday.

A Foreign Ministry spokeswoman declined to comment as to who from the two sides would participate in the talks.

Venezuelan opposition leader Guaido said Saturday he would send his delegates to Norway next week for the first face-to-face meeting with Maduro's representatives.

They "will talk with both the Norwegian government and representatives of the regime," Guaido said in a statement.

Representatives of the two sides traveled to Norway last week but didn't meet. They were said to have received separate invitations from a group of Norwegian mediators.

Since January, Venezuela has been caught in a power struggle. Guaido declared himself interim president that month in a direct challenge to Maduro's rule.

The US immediately recognized Guaido as the legitimate leader of the oil-rich, cash-strapped country. Shortly after, Germany and other Western countries also recognized him as Venezuela's leader. But Maduro's regime continues to enjoy support from Russia, China and Turkey, among others.

It's believed government officials held talks earlier this year on creating a transition government that did not include Maduro. Opposition calls for the Venezuelan military to rise up against Maduro on April 30 failed.

Military leaders have since sworn allegiance to Maduro, who described the April 30 events as a coup plot.

Venezuelan media report the South American country's communications minister, Jorge Rodriguez, and the governor of Miranda province, Hector Rodriguez, represented President Maduro in the initial talks, but it is not clear who the beleaguered leader would send to Oslo this time.

Guaido has been cautious about talks with Maduro's representatives as his supporters insist on an aggressive stance against the regime.

Earlier on Saturday, Guaido told supporters that "nobody is ever going to get us here confused about a false dialogue," adding that there had been no "negotiation" in the earlier meetings in Norway, and that any deal should include Maduro's departure.

"We are going to insist," he said. "Because today by combining all our strategies, using all the tools we have, we are going to get to that final step," Guaido said, referring to street demonstrations and multiple levels of diplomacy.