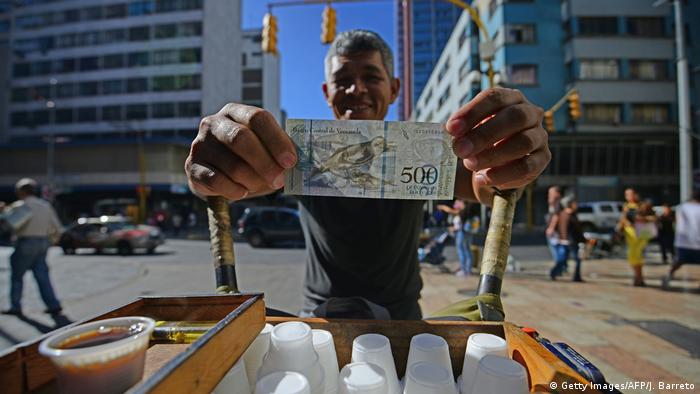 The Venezuelan government's release of larger denomination banknotes to its citizens comes weeks behind schedule.

The new notes, valued between 500 and 20,000 bolivars, are meant to replace the 100-bolivar note, which was the largest denomination of currency available in Venezuela before Monday. Venezuelans often had to carry large amounts of 100 bolivar notes, worth just a few US cents, to go shopping.

Maduro has blamed the current economic crisis on the US, calling it a capitalist conspiracy within the socialist nation. The opposition blames Maduro's policies for the crisis and is seeking a popular vote to remove Maduro from office.

A massive increase in inflation has made the smaller banknotes virtually worthless in the South American country. The International Monetary Fund (IMF) has warned inflation in Venezuela will rise to 1,660 percent in 2017, considered one of the highest inflation rates in the world.

"Coins and bills in the country only represent 8 percent of total liquidity. The greatest pressure is from electronic transactions," said Abadi.

Crates holding 50,000 new banknotes have arrived in Venezuela amid a currency crisis and growing social unrest. A delay last week, which President Nicolas Maduro blamed on the US Treasury, had sparked protests. (19.12.2016)