"We're no one's beggars," Maduro said as supplies were being stockpiled along the Colombian border. He has rejected calls from Europe and the Americas for fresh elections. 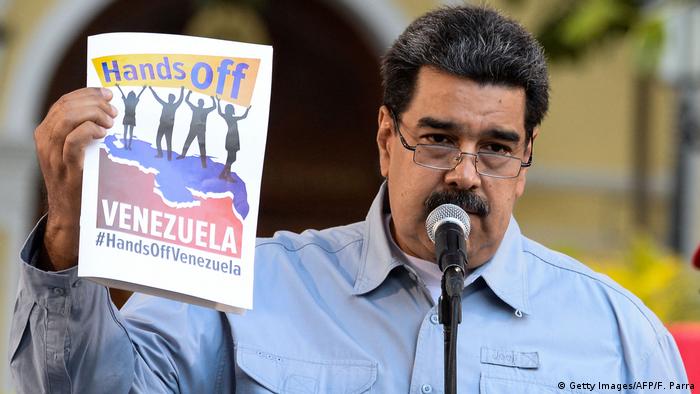 Venezuelan leader Nicolas Maduro said on Friday that he would not allow "fake" humanitarian aid to enter the country. Convoys of food and medicine supplied by the US at the request of self-declared interim President Juan Guaido have been brought to the Venezuelan-Colombian border.

"Venezuela won't allow the spectacle of fake humanitarian aid because we're no one's beggars," Maduro, Venezuela's acting president, said, despite evidence that many in Venezuela are going hungry due to widespread food shortages. People across the country have even begun to refer to their lack of food as the "Maduro diet," and have confronted him about it in public.

The nation is "not suffering the humanitarian crisis fabricated by Washington over the last four years to justify intervening in our country," Maduro added. 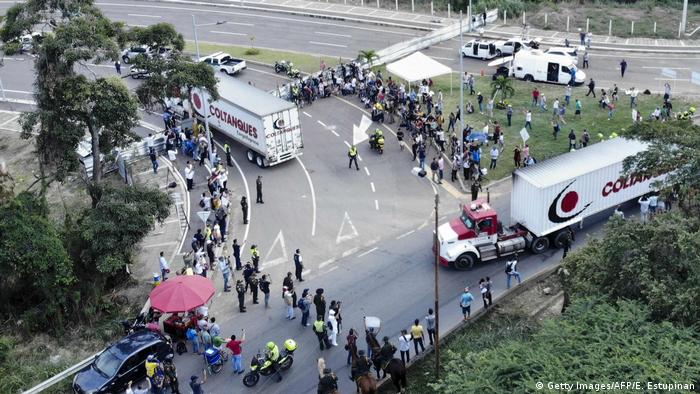 Humanitarian aid at the border between Cucuta, Colombia, and Tachira, Venezuela

He said the aid should be given to the poor in the Colombian city of Cucuta, where the supplies are being stockpiled.

Guaido told AFP news agency that he would do "everything that is necessary... to save human lives," warning that 300,000 people could die if aid isn't allowed into Venezuela.

Speaking at the Central University on Friday, Guaido said it was just a matter of time before the regime collapsed: "We will keep going until we achieve our objective," he said. "Each day they are more alone and isolated." The opposition leader has been recognized by more than 40 countries, including the US, Canada, Brazil, the UK, France and Germany. 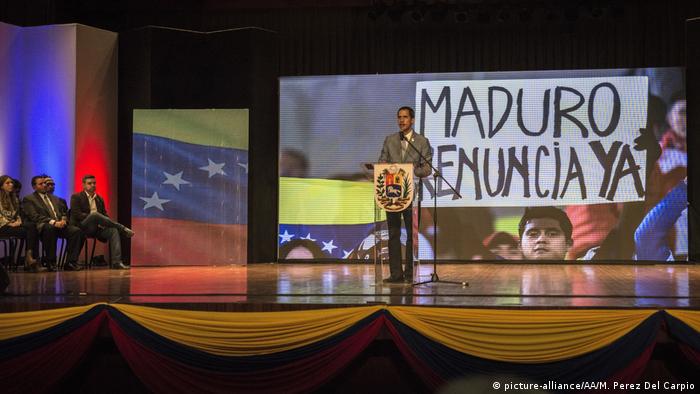 Maduro also repudiated a statement issued by the International Contact Group on Venezuela. The group, made up of EU and Latin American nations, has called for a peaceful end to Venezuela's political crisis, preferably in the form of elections.

Annen said steps needed to be taken to ensure free and fair elections could be held in Venezuela, adding, "That is something Mr. Maduro has to accept."

The contact group issued a statement on Thursday, saying it would send a technical mission to Venezuela to ensure the delivery of humanitarian aid and would support a national vote.

Venezuela, already crippled by Maduro's economic policies, was plunged into political turmoil last year when he greatly reduced the power of the opposition-controlled National Assembly and created a parallel parliament that gave more control to regions of the country where he is more popular.

On January 23, Guaido, the president of the National Assembly, used an obscure part of the Venezuelan constitution to declare himself interim president.

The United States, Canada, as well as most European and South American countries, have recognized Guaido as interim leader and called for fresh elections.