A four-week summit has ended with a call to give women bigger roles in church decision-making. Only seven nuns were invited to participate in the nearly 300-member synod. 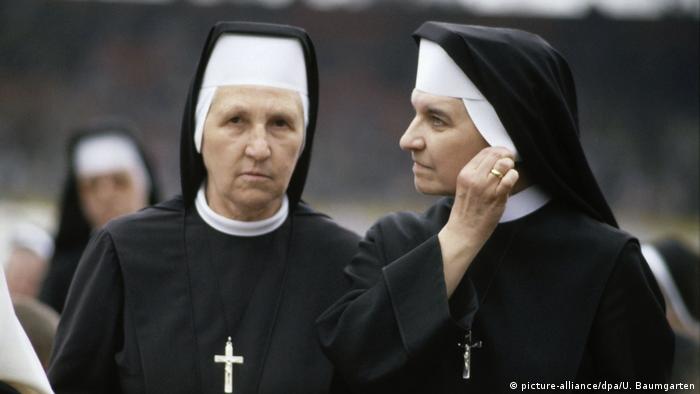 A monthlong meeting of Catholic leaders ended on Saturday with a call to strengthen the role of women in the church's decision-making. The summit concluded that the church must embrace "inescapable change" and that it was a "duty of justice" to bring more women to the table.

The lack of women in positions of power was highlighted by the fact that only seven nuns were invited to participate in the nearly 300-member synod and were not allowed to vote on the final document produced by the meeting.

"It's a duty of justice, that finds its inspiration in the way Jesus related to the men and women of his time, as well as the importance of the role of some female figures in the Bible, in the history of salvation and in the life of the church," a concluding statement read.

Pope Francis organized the meeting to discuss how the church could better minister to youth. It was quickly taken over by issues important to younger Catholics, including women's rights, LGBT rights, and the clergy sexual abuse scandals.

An attempt to include language about LGBT Catholics hoping to find "greater closeness and experience greater care by the Church" in a final document was struck down by several conservative bishops.

Philadelphia Archbishop Charles Chaput told the synod that he objected to the mention of the LGBT community because "there is no such thing as an 'LGBTQ Catholic' or a 'transgender Catholic' or a 'heterosexual Catholic,' as if our sexual appetites defined who we are."

Pope Francis has made tentative attempts to increase acceptance of groups traditionally cast out by the church, including divorced people and sexual minorities. But his mild attempts at reform have been met with strong pushback from the Vatican's deeply entrenched traditionalist bureaucracy.

Pope Francis has told young people that populism starts by sowing hate. He noted Hitler and Nazi Germany rose to power through the use of populism. (23.10.2018)

Pope Francis calls for end to plastic pollution of oceans

The pope has called for an end to plastic pollution of the oceans and universal access to drinking water. This adds to his eco-friendly profile, but claims of an inadequate response to pedophilia accusations still swirl. (01.09.2018)

The head of Germany's Catholic Church has called for a debate on the celibacy requirement for priests, in response to the clergy sex abuse scandals. Cardinal Reinhard Marx said "weak excuses" were no longer acceptable. (06.10.2018)

US President Joe Biden signs series of orders, including rejoining of Paris climate accord 2m ago

German Chancellery: 'Very, very good sign' that Biden will rejoin WHO 16m ago

Opinion: Joe Biden is the right US president for the moment 32m ago