The Holy See has rejected a request to withdraw diplomatic immunity for a diplomat in the US accused of possessing child pornography. Instead, the priest was called back to the Vatican. 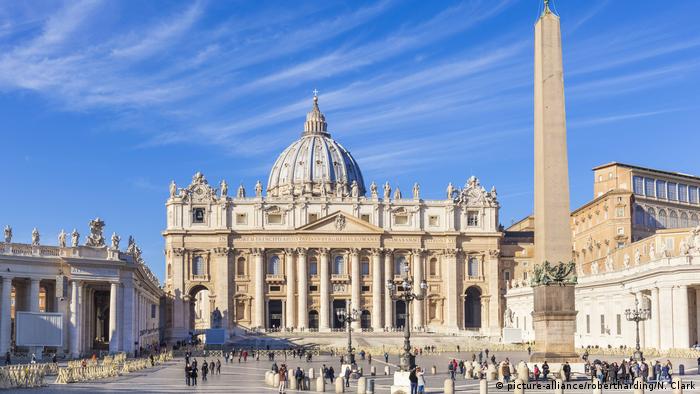 The Vatican recalled one of its senior diplomats to the United States after he was accused of violating child pornography laws, the Holy See announced on Friday.

US prosecutors had requested that the Vatican lift the diplomatic immunity of the official, hoping to bring the unidentified diplomat to trial on child pornography charges.

Such requests normally imply that State Department lawyers believe there is reasonable cause for criminal prosecution.

The request was issued on August 21, and was handed on to a Vatican prosecutor, who has "opened an investigation and has already commenced international collaboration to obtain elements relative to the case," the Vatican said in a statement.

It declined to identify the alleged offender, but a US official familiar with the case told The Associated Press that the priest was a senior member of the Vatican Embassy staff. The Vatican yearbook lists just three counselors who work under the nuncio, or ambassador.

"The United States formally requested that the Nunciature (diplomatic mission of the Holy See) waive diplomatic immunity for the individual, but the Nunciature declined to do so," an official told AFP news agency on condition of anonymity.

The Vatican said its decision to recall the priest was consistent with diplomatic practice of sovereign states.

The priest was suspected of possessing, but not producing or sharing, images of child abuse, including prepubescent children, a US source familiar with the case told AP on condition of anonymity.

US officials made it clear they wished the Vatican to treat the matter with gravity.

"The United States condemns the abuse and exploitation of children wherever it exists, and we offer sincere condolences to victims," an official told AFP.

"The United States encourages the Holy See to ensure full implementation of its reforms and policies designed to protect minors and provide justice regarding allegations," he said.

Pope Francis has pledged "zero tolerance" on child abuse by the clergy. Last month, Francis said sexual abuse by priests was "an absolute monstrosity, a terrible sin that contradicts everything the church teaches," writing in a preface to a book by an abuse survivor.

The US-based Survivors Network of Those Abused by Priests (SNAP) said the possession of child pornography was not a victimless crime because the children involved were being abused.

"(Pope Francis) must bring the diplomat back to the United States in order to adhere to his promises of complying with investigations by civil authorities in cases of child sexual abuse," SNAP managing director Barbara Dorris told Reuters news agency.

The head of the US Conference of Catholic Bishops, Cardinal Daniel N. DiNardo of Galveston-Houston, released a statement saying the case was serious and that he hoped the Vatican would be "forthcoming with more details."

"We reaffirm that when such allegations occur, an immediate, thorough and transparent investigation should begin in cooperation with law enforcement and immediate steps be taken to protect children," DiNardo said in a statement.

The Vatican recalled its ambassador to the Dominican Republic in 2013 after he was accused of sexually abusing young boys. He was defrocked but died before the start of a trial in the Vatican's criminal court, which has jurisdiction over the Holy See's diplomatic corps.