A darknet platform used by almost 90,000 members to exchange material showing children being sexually abused has been shut down, German investigators say. Most users reportedly came from Germany and Austria. 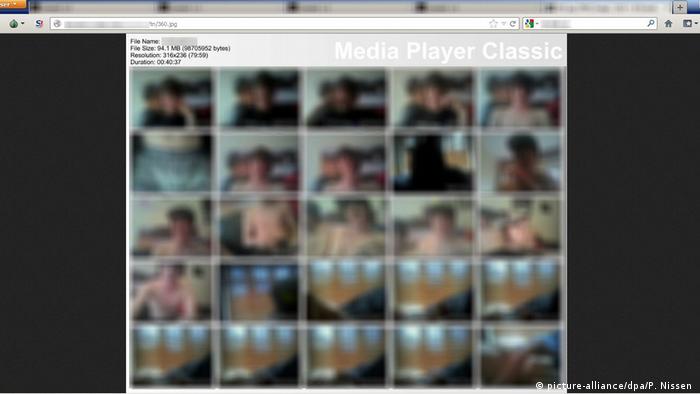 Investigators in Germany said on Thursday they had found and shut down a darknet platform called "Elysium" that was used by tens of thousands of members to exchange images and videos showing the sexual and physical abuse of children, some of them toddlers.

The public prosecutor's office in Frankfurt am Main said that the suspected operator of the site, a 39-year-old man from the central German state of Hesse, had already been arrested on June 12. The platform had some 87,000 members, mostly from Austria and Germany, who also used the site to arrange meetings for sexually abusing children, according to German federal police.

Investigators said the site had been in operation since the end of 2016 and that it was accessible only via the darknet, a part of the World Wide Web that cannot be found using conventional search engines but requires the use of encrypting software.

The suspected operator of the platform was arrested after his apartment was searched and the server seized. A number of further suspects have also been arrested, police said.

German and Austrian police are to hold press conferences on Friday to give further details.

The suspect is believed to have provided weapons to the mass shooter who terrorized Munich last summer. He is accused of running a platform for some 20,000 members. (12.06.2017)

A federal jury in Chicago came to the conclusion after sifting through evidence and arguments on charges accusing R. Kelly of producing child pornography and enticing minors for sex. He was acquitted over trial fixing.

The proposals would make it obligatory for companies operating in the EU to try to detect and report such cases, replacing a voluntary system that Brussels considers insufficient. Critics have raised privacy concerns.

The Federal Criminal Police chief has warned that the huge increase in cases is stretching police resources. On the same day, a Catholic priest was fired over a probe into child sexual abuse images.