British technology firm Dyson has joined the race to develop a battery-powered electric car. The company is investing billions of pounds to build an electric vehicle that it says will be launched in 2020. 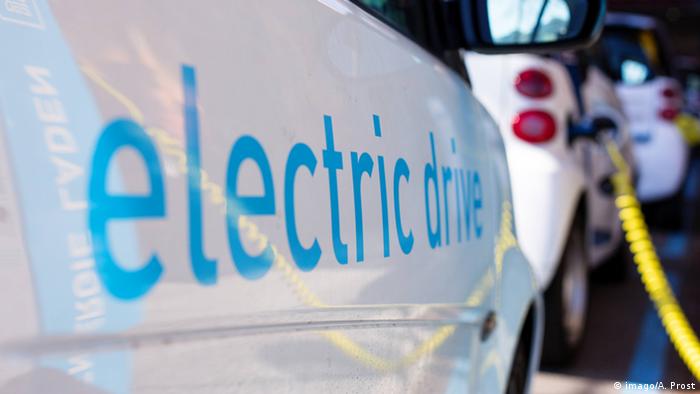 Dyson's founder and chief engineer, 70-year-old James Dyson, announced Tuesday he was investing 2.0 billion pounds ($2.7 billion, €2.3 billion) into developing an electric car by 2020, a new venture for the British inventor of the bagless vacuum cleaner.

"James Dyson just announced to Dyson employees that we've begun work on a battery electric vehicle, due to launch in 2020," the company said on Twitter.

James Dyson said the company was "recruiting aggressively" for the project, noting that the team was already over 400 strong. "I'm committed to investing two billion pounds on this endeavor," he said. "The project will grow quickly from here but at this stage we will not release any information.

"Competition for new technology in the automotive industry is fierce and we must do everything we can to keep the specifics of our vehicle confidential," Dyson said in the message.

Details of the project remain top secret, but he said every element would be designed by his company. He told journalists in London that half the investment would go into the car, the other half into the battery.

He said he was motivated to develop electric vehicles by World Health Organization data suggesting some seven million people die annually from exposure to air pollution. "It is our obligation to offer a solution to the world's largest single environmental risk," he said.

In seeking to launch his own electric car without the help of an established partner, Dyson follows the lead of US firm Tesla, founded by business magnate Elon Musk. But it will put him up against major players in the automobile industry who are making their own forays into new technology. Asked if he intended to make a profit, he said: "I hope so. That's the idea."

Dyson made his name with the bagless vacuum cleaner, but the company currently holds more than 10,000 patents, and produces hair dryers, fans, heaters and lighting.