Used clothes choke both markets and environment in Ghana

Each week, Ghana receives 15 million items of used clothing sent from the West. But 40% of the products are discarded due to poor quality. They end up at landfills and in bodies of water, polluting entire ecosystems. 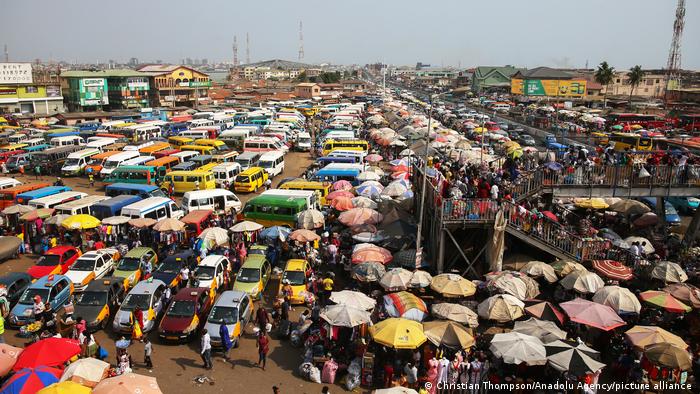 In Accra, many people look for discarded treasures from abroad in a sea of trash

The Kantamanto Market in Ghana's capital, Accra, is West Africa's hub for used clothing from the West. Here, traders hastily sort through piles of clothes daily in order to grab the best bargain. But often, there are more rags than riches.

"We didn't get any good clothing at all," a trader told DW after one of these hurried routines.

Recently, the deliveries from the West have increasingly been focused on so-called fast fashion items. These clothes usually wear out after only a few weeks. To some traders, it's actually an imposition to sift through them.

"The goods that are coming now are really affecting our business," another trader said, stressing that such cheap items cannot be resold in the local market. 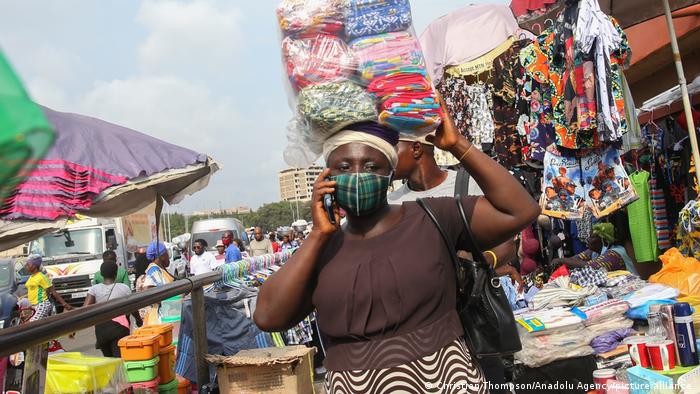 Environmental catastrophe in the making

While most of these secondhand clothes are typically donated with good intentions from industrialized countries, many have now become an environmental hazard in Ghana and beyond.

The OR Foundation, a human rights and environmental NGO from the United States, estimates that about 15 million individual items of used clothing now arrive in Ghana weekly, though 40% end up discarded due to poor quality. With no use for them, the rejected items first end up at landfills and then travel further into the ocean.

Environmental activists have called it a major catastrophe in the making; groups like the Ghana Water and Sanitation Journalists Network (GWJN) are trying to raise awareness about this underreported issue.

How to use excess clothing more productively

"Because it is secondhand clothing, some of them wear out very quickly, and then they get thrown all over the place. You get to [the] refuse dump, and you find a lot of them dumped over there," Justice Adoboe, the national coordinator of the organization, told DW.

"You go even near water bodies, you realize that as rainfalls and erosion happen, [they carry] a lot of these secondhand clothing wastes towards our water bodies," Adoboe added, highlighting that because some of the items include toxic dyes, "those who drink from these bodies [of water] downstream might not be drinking just water but chemicals."

Furthermore, the discarded clothing items that are flushed into the sea later get washed back up on the country's beaches. For UN Goodwill Ambassador Roberta Annan, this is a disaster in the making for marine life.

"You can't take it out. You have to dig. It's buried. It's stuck. Some of these clothes are polyester and, I would say, synthetic fabrics that also go into the waterway and choke the fish and marine life in there," Annan told DW, as she tried to pull some of the clothing out at a beach in Accra. 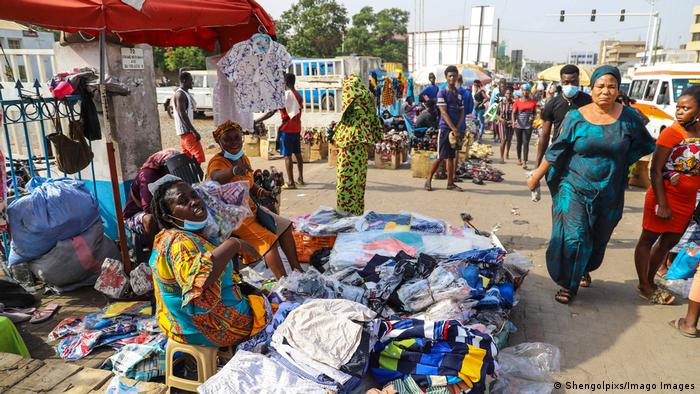 Meanwhile. some fashion designers are looking into finding solutions to this growing problem. Elisha Ofori Bamfo focuses on reusing discarded secondhand clothes, but even he isn't happy with the quality of some of the clothes he has found recently.

"Sometimes when you go to the market, there are some clothes that can't be upcycled or can't be sold," Bamfo said, adding that local authorities have to take the lead and ensure that only quality secondhand clothing items are imported.

Other African nations have taken a more proactive and bold approach when it comes to the waste generated by secondhand clothing, issuing bans.

Rwanda, for example, banned secondhand clothes imports in 2018 in order to boost its own textile industry. And other nations have followed suit.

To ban or not to ban

When the coronavirus pandemic emerged in early 2020, Kenya outlawed the importation of secondhand clothing to prevent the potential spread of the virus. That ban has since been lifted because of its economic impact on people's livelihoods.

Bamfo agreed that in Ghana, an absolute ban on these products would likely also impose extra economic hardship on many people dependent on them. "Thousands of people depend on secondhand clothing to survive to feed their families," he said.

Adoboe, meanwhile, believes Ghana might indeed benefit from a total ban, but said there is no political will to see such an initiative through. He believes that until political leaders start to take the impact of used clothing on the environment seriously, Ghana will continue to remain helpless in this battle against pollution.

Roberta Annan, however, is resolute in wanting a quick solution to protect not just the environment but the local fashion industry as well. "The fashion industry actually loses $500 billion (€443 billion) a year due to fashion waste," she said.

Ghana's government has remained silent so far on the issue, and there is no sign that it might take any action to deal with the problem of secondhand clothes and the impact they have on the local textile industry as well as environment.

The European Union is rewriting the rules on dumping electronic waste with the aim of putting an end to illegal shipments to Africa. In Ghana in particular e-waste is a major source of pollution.

Secondhand clothes, smuggling and the US-China trade war in Africa

US­ President Donald Trump has suspended duty-free treatment for apparel products from Rwanda. What appears to be a trade war between the US and one of the smallest countries in Africa, reveals a US-China rivalry.

Vinted, a website where users can buy and sell used clothes, has raised €128 million in a funding round, valuing it at €1 billion. The Vilnius-based retailer rounds up a century of venture-backed unicorns in Europe.