London and Washington are ready to strike a post-Brexit trade deal "in pieces" in order to speed up the process. Prime Minister Boris Johnson has said Brexit must be delivered by whatever means possible on October 31. 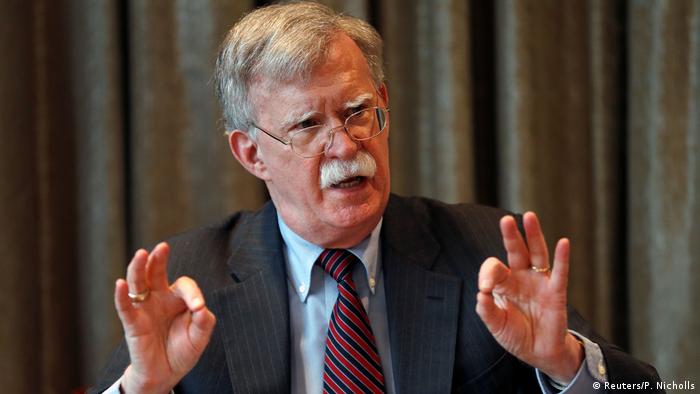 The United States and the United Kingdom will be looking for a quick, piece by piece, trade deal when Britain leaves the European Union.

"I think here we see the importance and urgency of doing as much as we can agree on as rapidly as possible," said John Bolton, the US national security adviser, on Monday. "We wish we could have moved further along in this with the prior government," he added, in a thinly veiled criticism of former Prime Minister Theresa May.

The White House aide was speaking during a visit to London to meet May's successor, Prime Minister Boris Johnson.

Iran was also on the agenda during the high-level discussions, as the pair talked about the escalating Gulf standoff. They touched on other security concerns, including Britain's decision on whether to use Huawei to help construct its 5G network. But Bolton said these issues were of less urgency than a post-Brexit trade deal.

"The message I wanted to convey on Iran, and on some other issues in which I include China, 5G, Huawei, that cluster of issues, is that the president and the US government fully understands that in the next few days the UK government has a singular focus on the Brexit issue," he said.

Bolton said he had received reassurances that Johnson's administration was "concerned about not having any compromise in the security of telecommunications in the 5G space."

It had been previously reported that the US would rule out a free trade deal unless a post-Brexit Britain dropped a planned tax on tech giants.

Bolton was effusive when it came to the alliance between the two countries. "We have a strong commitment to deepening the US-UK Special Relationship and working together to address global security issues," he tweeted.

The United Kingdom is due to leave the European Union on October 31, and Johnson has assured all concerned that this will happen, with or without a deal. The UK would then be free to strike trade deals elsewhere.

Incoming Prime Minister Boris Johnson will have scant time to settle in to his new job. The UK's challenges and tasks are many and formidable, to say the least. So what is on his to-do list? (24.07.2019)

Even just a few months before the UK exits the EU, there's no clarity as to what future trade ties between the two sides will look like. German industry bodies warn a hard Brexit would be disastrous for businesses. (09.10.2018)

On a trip to Israel, US national security adviser John Bolton has warned Iran and said the US military was rebuilt and "ready to go." Increased US sanctions on Iran are expected on Monday. (23.06.2019)