New British Prime Minister Boris Johnson has announced a plan to fast-track top scientists seeking to immigrate to the UK. Brexit uncertainties have many leading research institutions worried about funding and talent. 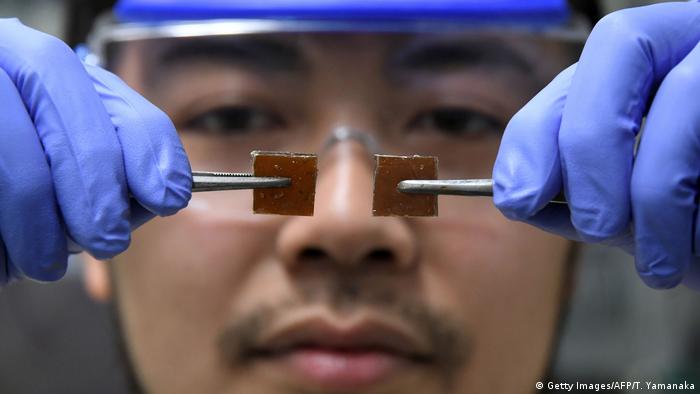 UK Prime Minister Boris Johnson unveiled plans on Thursday for a new fast-track visa to encourage the "best and brightest" of the world's scientists to emigrate to Britain.

The announcement came as the impending Brexit — a cause championed by Johnson — will see much European Union research funding cut off and place the immigration status of many European researchers at risk.

"To ensure we continue to lead the way in the advancement of knowledge, we have to not only support the talent that we already have here, but also ensure our immigration system attracts the very best minds from around the world," Johnson said.

The new fast-track immigration route would be targeted towards engineering, technology, and other sciences, the government said.

New provisions would remove the requirement of having a job offer before arriving, and would allow an immigrant‘s dependents to access the UK labor market. It would also remove the limit on the number of applicants vying for the Tier 1 Exception Talent visa.

Business and universities hailed the move, as leading institutions such as Oxford and Cambridge have voiced concerns about the impact Brexit could have on their researchers and talent pool.

The 2018-2019 academic year saw a significant drop in applications to British universities from EU students.

Johnson, who has frequently expressed anti-immigrant views, is also seeking to introduce an Australian-style immigration system based on points awarded for higher education qualifications, language competency and other specialized skills.

Britain's opposition Labour party has challenged PM Boris Johnson's choice of finance minister. It has raised a raft of concerns about Sajid Javid's career with Deutsche Bank in the run-up to the global financial crisis. (05.08.2019)