US to sell tanks, missiles to Taiwan amid tensions with Beijing

The US State Department approved a sale of $2.2 billion in weapons to Taiwan, including over 100 tanks, despite protests from Beijing. The move still needs to be endorsed by the US Congress. 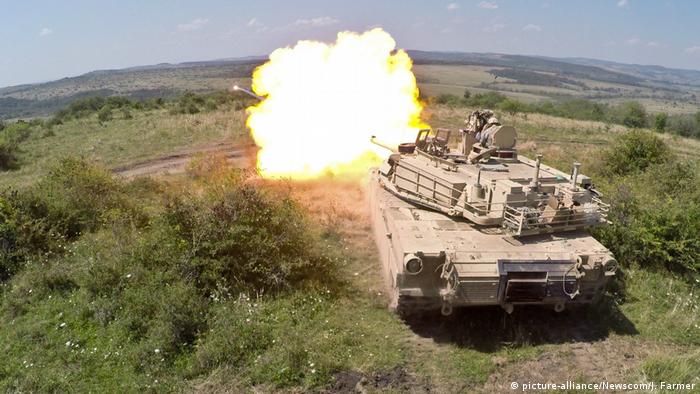 Taiwan thanked the US for support on Tuesday, after the US State Department agreed to sell it $2.2 billion (€1.96 billion) in arms.

The purchase is set to include 108 M1A2T Abrams tanks, some 250 Stinger air defense missiles, mounted machine guns and other weapons.

"Taiwan stands in the frontline of China's ambitious expansion and faced enormous threats and pressure from Beijing," the authorities on the self-ruled island said.

"This arms sale of M1A2 tanks and various missiles will help greatly to increase our defensive capabilities," the statement added.

US lawmakers have 30 days to raise objections to the sale, but are not expected to oppose it.

On Tuesday, China slammed the move as a "crude interference in China's internal affairs."

They called on Washington to "immediately cancel the planned arms sale and stop military relations with Taipei to avoid damaging Sino-US relations and harming peace and stability in the Taiwan Strait."

Beijing, which sees the island as a renegade province, also repeatedly urged Washington to abide by its own "One China" principle, which states that Taiwan is a part of China.

"Taiwan is an inseparable part of China's territory and nobody should underestimate the Chinese government's and people's firm determination to defend the country's sovereignty and territorial integrity and oppose foreign interference," said Chinese Foreign Ministry spokesman Geng Shuang.

The capitalist Taiwan has been self-ruled since the end of the Chinese Civil War in 1949, which saw the Communist Party take power in mainland China. In the following decades, the US openly supported the nationalist Taiwan government, threatening military retaliation against Beijing if its forces invaded the island.

In 1979, the US changed its course and proclaimed Taiwan to be part of China. Washington is no longer required to respond in case of a Chinese attack, but a new treaty still obliges it to help the island government maintain "sufficient self-defense capabilities." With fewer than 24 million residents, Taiwan would find its forces massively outgunned in any armed conflict with China.

The decision to sell weapons to the Taiwanese government comes as the US is clashing with Beijing over global trade.