An ex-CIA employee has identified himself as the source of leaks about secret US surveillance programs. The Guardian newspaper revealed that the US National Security Agency had monitored phone and internet records. 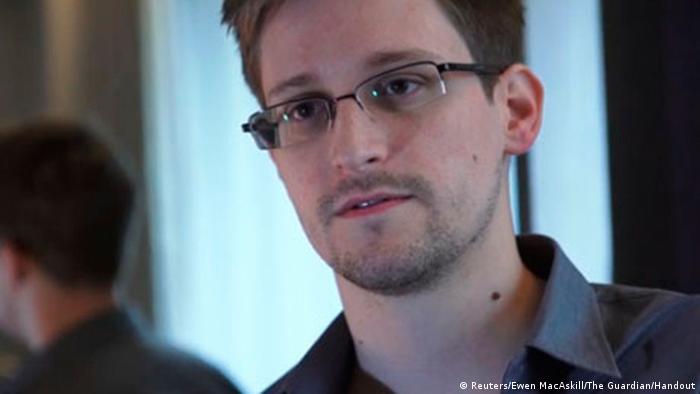 Edward Snowden, 29, admitted Sunday he was the source behind the Guardian's disclosures.

Snowden, who works as a contract employee at the National Security Agency (NSA), revealed his identity in a video posted on the newspaper's website. The Guardian said it had published the video at his own request.

"I have no intention of hiding who I am because I know I have done nothing wrong," Snowden said.

He said he was willing to lose everything "because I can't in good conscience allow the US government to destroy privacy, internet freedom and basic liberties for people around the world with this massive surveillance machine they're secretly building."

US whistleblower goes public over surveillance

Snowden, a former technical assistant for the CIA, had been working for the NSA as an employee for various outside contractors including Booz Allen Hamilton. In a statement Booz Allen confirmed the 29-year-old had been an employee at the firm "for less than three months."

According to the Guardian newspaper, Snowden was working in an NSA office in Hawaii when he copied the last of the documents he planned to disclose. He is currently holed up in a hotel room in Hong Kong having fled the United States on May 20.

Snowden is quoted as saying he chose that city because "they have a spirited commitment to free speech and the right of political dissent."

The revelations have engulfed US President Barack Obama in a controversial debate into the merits of national security versus civil liberties.

The leaks, first published in The Guardian last week, revealed that the NSA was collecting the telephone records of millions of US customers from Verizon and Internet data. Actual conversations were reportedly not being monitored.

Whistleblowers in the spotlight

Whether driven by personal motives, a sense of injustice or money, whistleblowers may be repaid with insults, jail terms and even attempts on their lives. But the service they provide to society can make a difference. (03.06.2013)

On Thursday The Guardian and the Washington Post published a report saying the NSA and the FBI also had direct access to the servers of nine major Internet companies, including Google, Yahoo, Facebook and Apple.

The report said the NSA and FBI were "tapping directly into the central servers" of the companies under a secret program known as PRISM, which allowed them to extract videos, audio, photographs, emails and other personal data.

Director of National Intelligence James Clapper confirmed on Saturday that PRISM was being used to track foreign nationals using internet outside the US who were suspected of terrorism or espionage.

In an interview with NBC News, portions of which aired Sunday, Clapper decried the information leak, saying it had caused "huge, grave damage" to US intelligence capabilities. He said the NSA had asked the Justice Department to conduct a criminal investigation into the incident.

"The NSA has filed a crimes report on this already," he said, before Snowden's identity was revealed. "This is someone who for whatever reason has chosen to violate a sacred trust for this country."

He said the programs are authorized by Congress and are subject to strict supervision of a secret court, a claim backed up by the US president.

US President Joe Biden signs series of orders, including rejoining Paris climate accord 6h ago