The executive order, signed by President Joe Biden in the Oval Office during a meeting with Defense Secretary Lloyd Austin, has been welcomed by LGBT+ advocates. 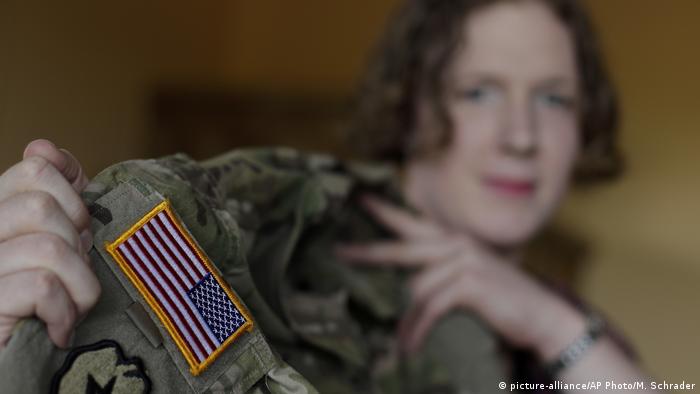 There are around 2,450 transgender personnel currently serving in the US military, according to researchers

US President Joe Biden has overturned his predecessor's ban on transgender personnel serving in the US military, the new administration said Monday.

"Transgender service members will no longer be subject to the possibility of discharge or separation on the basis of gender identity," the White House said in a statement. "President Biden believes that gender identity should not be a bar to military service, and that America's strength is found in its diversity."

A November 2020 report by the LGBT-rights think tank the Palm Center said the transgender ban had hurt military readiness.

"If you can do the job, you should be allowed to do the job, regardless of who you are," the group said on Twitter.

'Trump insulted everyone in the last 5 years'

'The right thing to do'

"Allowing all qualified Americans to serve their country in uniform is better for the military and better for the country because an inclusive force is a more effective force," the White House said. "Simply put, it’s the right thing to do and is in our national interest."

In 2016, former President Barack Obama allowed transgender personnel to serve in the military.

But after succeeding Obama in the Oval Office the following year, Donald Trump put a stop to that recruitment process while letting those already serving remain.

Roughly 1.3 million people work in the US military, according to the Defense Department.

US research institute Rand Corporation — which offers analysis to the United States Armed Forces — estimated in 2016 that about 2,450 active service members were transgender.

Trans* people in Germany are subjected to a long, expensive assessment process to change their legal gender. A new self-determination law would reform this — and activists say it's long overdue.