Trans* people in Germany are subjected to a long, expensive assessment process to change their legal gender. Efforts to introduce a new self-determination law have been delayed — but activists say it is badly needed. 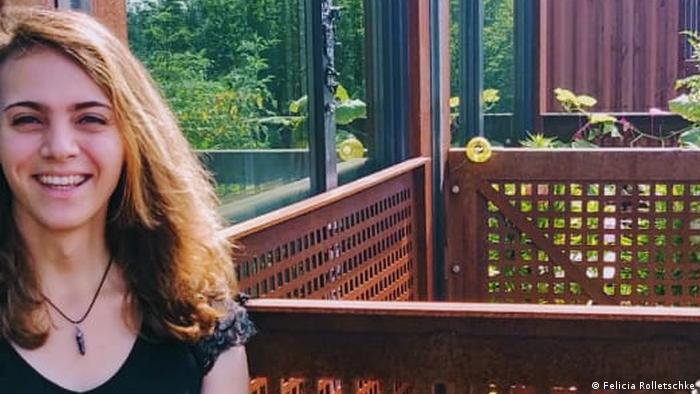 "Degrading, expensive and illogical" — that is how one trans* person described her experience of legally changing her gender in Germany.

Felicia Rolletschke is one of many activists who is fighting for a reform to the so-called Transsexual Law, which determines the legal process for trans* people to change their gender and name in Germany.

The law has been in place for exactly 40 years, as of 2021. During this time many countries around the world have seen great upheaval in their legislation around trans* rights. The top German constitutional court has also recommended a change in the law several times, most recently in 2011.

The German government confirmed in February 2021 they had drafted a bill of a new "self-determination law" (Selbstbestimmungsgesetz), after it was leaked on an ultraconservative website. While the bill has not been published officially, activists hoped its existence meant they could expect streamlining and modernization of the process. But the government has made it clear that no such reform can be expected any time soon.

"It really is such a hassle and inconvenience to change your legal name and gender," Rolletschke explained. She should know — she went through the process herself, between 2015 and 2018.

Rolletschke is a 26-year-old workshop leader and public speaker based in Berlin. After growing up in a "very Catholic" Bavarian village of 4,000 people, she moved to the German capital at the age of 17 to attend university. It was there that she came out as a trans* woman for the first time, at 21.

After coming to terms with her identity and coming out to friends and family, Rolletschke began the process of legally changing her name and gender in the German courts.

"In late 2015, before I even came out properly, I found a really good therapist," Rolletschke said. "Then we agreed I should begin the paperwork for the court in order to change my name, even before I began hormone therapy and surgery. But in order to get that process started, I needed to pay €1,600 ($1,955)."

This payment is often a barrier for trans* people, especially those who are younger and lack independent resources. Rolletschke was also hampered by being under 25, meaning any state financial support she could receive was assessed based on her parents' income.

But by this time her mother had cut off contact with her.

"It shouldn't be a requirement to have enough money lying around in order to change your legal name," Rolletschke said.

According to Kalle Hümpfner from the German Trans* Association (BVT), this amount is typical. "We often see costs of several thousand euros," they said. "These hurdles are far too high."

After an initial hearing with a judge, the money is needed for applicants to pay for two "expert opinions" — in almost all cases, licensed psychotherapists — who both need to independently assess the trans* person in question.

"You are assigned the psychotherapists [by the court]," Rolletschke explained. "You can request which ones you get and in Berlin normally you are assigned who you want — but that is not necessarily common in the rest of Germany."

Rolletschke described her experience with the psychotherapists as mostly based on "old-fashioned gender roles."

"My two assessments each took two hours, four hours in total. They are psychological assessments where they talk about your entire life story. They ask about sexual experiences, sexual orientation, fetishes, family structures. They covered many topics that were not relevant to gender," she said.

As someone trying to change her legal gender to female, Rolletschke believed she was particularly judged based on her adherence to a stereotypical female appearance.

"They judged how well my makeup was applied. They also noted that I crossed my legs when I sat down," she said. "And they judged my sexual orientation. For example, if you are a trans* woman and you are interested in men exclusively, that means bonus points."

"It felt like they came from a place of pathologization. They seem to believe that being trans* is a mental illness."

The idea that being transgender is a mental disorder was dismissed by the World Health Organization in 2019.

The assessors then submit their findings to the relevant judge. According to Hümpfner, 99% of the expert opinions ultimately come to the same conclusion as what the trans* person has said about themselves.

"They are not only superfluous, but can also be degrading and invasive for trans* people," said Hümpfner.

Rolletschke had to wait another two months after her assessments before, in early 2018, she received the letter that her change of gender and name had been approved. All in all, the process had lasted over two years and cost thousands of euros, hours of her time and a great deal of stress.

Self-determination for ages 14 and above?

It is this process that the self-determination law hopes to simplify, by replacing the 40-year-old Transsexual Law. Two separate bills, proposed by opposition parties the Greens and the pro-business FDP in 2020, call for a system that would allow self-determination for those aged 14 and above.

"From the age of 14, young people can decide independently of their parents whether to join or leave a religious community," Hümpfner pointed out. "Freedom of religion is a fundamental right. The recognition of one's own gender identity is also protected by fundamental rights such as the protection of human dignity or the right to the free development of personality."

The proposed change to the law would allow individuals to change their legal gender. This does not affect the process to receive hormone treatment or surgery, which is carried out separately in consultation with a medical doctor.

"The thing is — legally changing your name is not that irreversible a step," said Rolletschke. "And even if people do regret that step, that is the one thing that is easy to reverse."

There is precedence for reforms for trans* rights in Germany — the Transsexual Law was amended in previous decades to remove a requirement for infertility and evidence of surgery before applicants could change their gender.

In 2017, Germany added a third legal gender — "divers" — to the options on official forms.

But a law of self-determination would bring Germany up to speed with many European Union partners and other countries around the world.

Activists had hoped that the bill would make further progress before the general election planned in September 2021, but developments appear to have stalled.

Rolletschke is not convinced there will be progress any time soon.

"I really see German legislation as too conservative at the moment," Rolletschke said. "But I think it is really good we had a conversation about it."

"Just talking about changing this archaic law is a step in the right direction. I hope it will work, but I am not too optimistic."

Editor's note: This article was updated in March 2021 from a previous version to reflect recent developments