US plan to 'annihilate IS' raises questions over civilian toll, larger strategy

The US has announced more aggressive tactics to wipe out the "Islamic State." But the shift poses larger strategic questions as populations are displaced and civilian casualties mount. 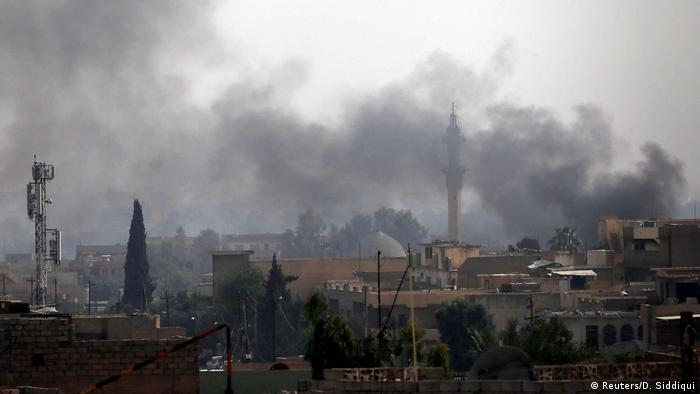 The US will more aggressively go after the "Islamic State" (IS) group by encircling and killing as many of its members as possible as part of a shift in military tactics designed to prevent the escape of foreign fighters.

Iraqi forces have said the battle for Mosul is nearly over after reportedly retaking 90 percent of west Mosul from "Islamic State" (IS). The troops are moving into the Old City, where IS will likely make its last stand. (16.05.2017)

A man who traveled to Syria to fight with the "Islamic State" armed group has been jailed by a court in Munich. Prosecutors said he had received weapons and bomb-making training while in Raqqa. (27.04.2017)

A US-backed Syrian alliance of Kurdish and Arab militias has taken a military airport in northern Syria held by the self-styled 'Islamic State' (IS). The move opens the path for an assault on the IS stronghold of Raqqa. (27.03.2017)

Ahead of his first trip to Brussels, Donald Trump is calling on NATO to join the counterterrorism coalition fighting the "Islamic State." France and Germany are concerned it could foreshadow combat contributions. (19.05.2017)

The "annihilation campaign" announced by the Pentagon on Friday, after President Donald Trump approved parts of a review of US military strategy, marks a shift in previous tactics that had allowed IS fighters to escape strongholds.

Trump approved a "tactical shift from shoving ISIS out of seized locations in an attrition fight to surrounding the enemy in their strongholds so we can annihilate ISIS," US Defense Secretary Jim Mattis said Friday, referring to IS by another name.

"The intent is to prevent the return home of escaped foreign fighters" who may carry out attacks in Europe and elsewhere, Mattis said.  Thousands of IS's foreign fighters have been taken off the battlefield in Syria and Iraq, but an estimated 14,000 remain, according to INTERPOL's database.

The tactical change raises the specter that the United States will risk civilian casualties and further large-scale displacement in pursuit of quick military gains. And as the anti-IS campaign progresses, larger US strategy risks heightening ethnic, sectarian and societal cleavages in the long term that could strengthen extremists, experts said.

"The shift in the Trump administration's approach reflects an assessment that the primary threat posed by surviving ISIS fighters derives from those who came from Europe and could return there to engage in acts of violence. If that assessment is correct, then eliminating them in Iraq and Syria could make sense," said Joost Hiltermann, the International Crisis Group's director for Middle East and North Africa.

"A competing analysis sees ISIS as an organization with primarily Syrian, and especially Iraqi roots and leadership. In that case, eradicating ISIS fighters, with attendant high costs in civilian lives and destruction of civilian areas, would do little to eradicate the political sentiments that gave rise to ISIS in the first place, and pave the way for the rise of ISIS version 2.0 - possibly an even more virulent form." 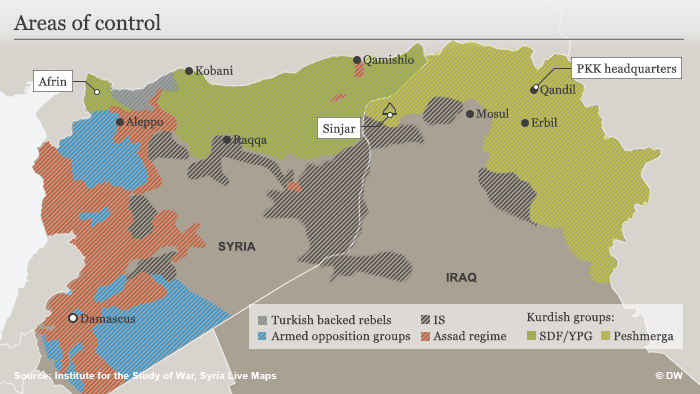 Trump had previously delegated increased authority to commanders to conduct more aggressive and timely military operations against IS. The decision came in response to criticism that the Obama administration had micromanaged military operations and refrained from taking action that could result in significant civilian casualties.

The free hand granted to the US military has already raised the civilian death toll. Airwars, a monitoring group, registered nearly 1,800 civilian deaths by US-led coalition airstrikes in Syria and Iraq in March, three times more than in January. The Pentagon's numbers are far lower at less than 400 civilian casualties since the US-led international coalition against IS started in June 2014.

The shift in military strategy announced on Friday comes as the US-led coalition - backed up by local ground forces in Iraq and Syria - has pushed IS out of 55 percent of the territory that it had seized in the summer of 2014.

Hundreds of thousands of civilians in both Syria and Iraq, mostly Sunni Arabs, have been displaced in the process, raising the prospect of long-term demographic changes and simmering resentment.

A seven-month US-backed offensive led by the Iraqi army and Kurdish peshmerga has retaken nearly 90 percent of Mosul, Iraq's second-largest city, from IS.

The bid to recapture the city has been complicated by IS snipers, suicide bombers and their use of human shields. Hundreds of civilians have been killed or wounded, including in US airstrikes. Large swaths of the city have been destroyed.

More than 700,000 people have been displaced, according to the United Nations, which this week warned that another 200,000 civilians could be forced from their homes as security forces press a final offensive to clear IS from the old city.

To the west and southwest of Mosul, Shiite paramilitary groups, known as popular mobilization units, have cut off IS fighters' escape route to Syria, trapping them in the old city and a pocket west of the city in coordination with Iraq's army.

As IS is squeezed in Mosul and Iraq, US-backed Syrian Democratic Forces (SDF) are preparing an assault on the group's self-declared capital, Raqqa, followed by a likely offensive down the Euphrates River Valley toward the Iraqi border. The plan is complicated by the presence of Syrian regime forces in Deir ez-Zor. The Iraqi army would, meanwhile, advance towards the border.

The battle for Raqqa is expected to be long and bloody: Tens of thousands of the city's more than 200,000 residents could be displaced and many killed.

The SDF is a roughly 50,000 strong force composed of Kurdish, Arab, Turkmen and Christian militia, but it is dominated by the YPG Kurdish militia, an offshoot of the PKK, a Turkish Kurdish militant group that has fought the Turkish state for nearly four decades.

The SDF was formed in 2015 at US prodding, in part to address Turkey's concerns over the dominance of the YPG, and in part to put an Arab face on any force liberating largely Sunni Arab territory south of predominately Kurdish areas.

"The Americans are talking about tactics, but the strategy is based on the US relying on a Kurdish militia to so-called 'liberate' nearly purely Sunni and Arab areas in the name of fighting IS," said Khaled Yacoub Oweis, visiting fellow at the German Institute for International and Security Affairs, adding the local population views the YPG on par with IS and the Assad regime.

"The US is laying the groundwork for long-term ethnic warfare in Syria as the Kurds pursue a land grab of Arab territory."

The YPG is expected to lead the assault on Raqqa, while US officials say Arab components of the SDF will maintain control after it is liberated. The question is whether the Syrian Kurds will truly hand over power of what remains of Raqqa post-IS.