US military engagement in Niger and Africa: 3 things to know | Americas | North and South American news impacting on Europe | DW | 25.10.2017

US military engagement in Niger and Africa: 3 things to know

The attack on US troops in Niger that left four soldiers dead earlier this month has triggered a broader discussion about Washington's military engagement in Africa and the public's knowledge about it. 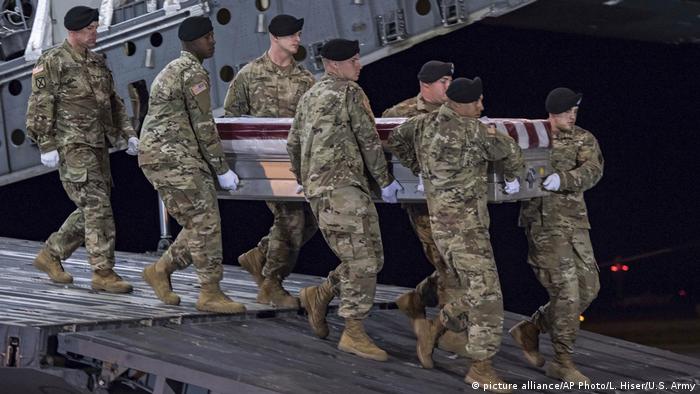 What exactly happened in the Niger ambush against US troops?

The details about the mission and the precise sequence of events that led to four US and five Nigerien soldiers being killed in an attack reportedly carried out by local militants likely linked with the "Islamic State" group on October 4 in Niger remain sketchy and subject to change as General Joseph Dunford, the US highest ranking military officer, said during a press conference on Monday.

It is still unclear how the group of 12 US special forces troops that accompanied 30 Nigerien soldiers during what initially was a reconnaissance mission outside the country's capital Niamey got caught in an extended firefight with a large group of militants. Nor is it clear why they did not request support until an hour later and not — as previously stated by the Pentagon — half an hour after the battle begun. 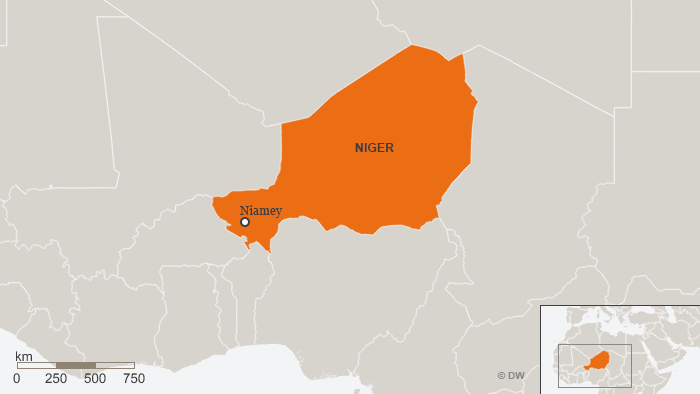 Also unresolved is the question why it reportedly took French military jets, as the closest back-up forces in the area, one hour to get to the scene of the battle, and why they reportedly were initially hesitant to drop bombs on militants.

While the murky and initially erroneous details of what exactly happened in Niger have led to questions about the quality of the information provided by the Pentagon and its willingness to share what it knows about the incident, the fact that the military cannot yet provide a comprehensive account of the sequence of events is not surprising, said Stephen Biddle, a scholar of US military strategy at George Washington University who had also served previously as an advisor to top generals David Petraeus and Stanley McChrystal.

"Combat is a confusing, chaotic thing and almost always efforts to understand what happened in a small unit combat action turns out to take a lot longer than everybody expects," said Biddle. "In a sense, that's not terribly unusual here."

What is the US military doing in Niger specifically, and in Africa more generally?

That is a question that not only many Americans, but curiously, also some high-ranking US lawmakers have been posing since the news of the Niger attack broke. While questions about what exactly US troops are doing in Niger are understandable given the recent ambush, the fact has long been public that US soldiers are based in the country and that their numbers have increased since President Barack Obama began to up the troop levels to bolster intelligence-gathering efforts and support French forces operating in neighboring Mali in 2013. 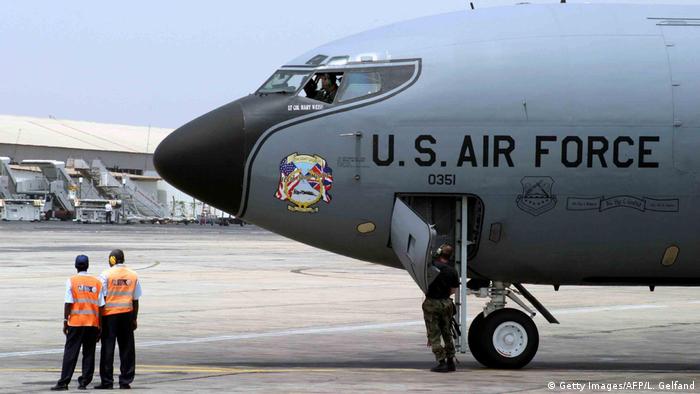 The US has thousands of troops across Africa

The Pentagon also said publicly last September that, at the request of the Nigerien government, it was spending $100 million (€85 million) to build a temporary base for surveillance drones in the country in an effort to monitor terrorist activities in the region. Currently, according to the Defense Department, 800 US troops are deployed to Niger.

There may be merit to some key US lawmakers like Senator John McCain feeling — in the aftermath of the incident in Niger — that they have not been adequately briefed on Washington's military engagement there. But, in reality, most lawmakers simply don't focus on the granular details of the evolving mission involving a comparatively small number of troops in a remote African country, said Colby Goodman, director of the Security Assistance Monitor, which analyzes Washington's funding of international military assistance, at the Center for International Policy.

"My guess is that Niger is just not something that is on the front of a lot of senators' minds and they have a lot of issues that they are working on, and they probably just have not been up to date on what is happening," he said.

And what is true for the US military involvement in Niger is also true for Washington's broader engagement in Africa, noted the scholars. It is not hard to imagine that the Pentagon may not be especially interested or forthcoming about providing operational details, such as troop levels, about what amounts to numerous mostly small-scale missions, mainly involving special forces, in Africa. But the general public and US lawmakers have also not exactly clamored for constant updates.

As a consequence, though for different reasons, it could be said that the Pentagon and lawmakers share a mutual interest to not talk too much about what the US involvement in Africa entails. This led to many observers expressing surprise when General Dunford stated on Monday that some 6,000 American soldiers were currently deployed to missions in 53 African countries. "I think there is a massive attention gap. A lot is known about what's going on," said Biddle. "But it's not very salient and not very many people pay attention to it."

While the fact may have gone largely unnoticed by the general public and lawmakers that terrorist activities in Africa have increased dramatically in recent years, it has not escaped Pentagon planners, who have consistently expanded America's military footprint there, albeit with many small deployments instead of one massive buildup.

Read more: US troop deployment against Boko Haram is 'largest of its kind'

"There is a serious issue about democratic accountability in an environment in which a democracy is waging a big war in Afghanistan, lots and lots of small military actions scattered across much of the world, and nobody in Congress on an ongoing basis is paying that much attention," said Biddle.

How successful is the US military engagement in Africa?

Washington's military strategy in Africa broadly mirrors its previous efforts to combat terrorism elsewhere and focuses on partnering and training with local governments who are expected to provide the bulk of the military personnel and effort.

While the US has thus relatively small contingents of troops deployed in most African countries it is present in, the number of 800 US military personnel in Niger still dwarfs the number of personnel deployed by US development agencies to the country, said Goodman, which many view as lopsided.

What's more, a study released earlier this year, written by Professor Biddle about the military effectiveness of the US strategy of training and advising allied militaries (also called security force assistance or SFA) using a comparatively small number of American forces, like in Niger, found it was problematic. "For SFA , small footprints will usually mean small payoffs," it concluded.

US defense secretary visits strategic base in Djibouti

Jim Mattis has arrived in Djibouti to visit Washington's strategic base in the Horn of Africa country. Mattis' trip to the Middle East and Africa comes as the US ups pressure on militant groups including al-Shabab. (23.04.2017)