US defense secretary visits strategic base in Djibouti

Jim Mattis has arrived in Djibouti to visit Washington's strategic base in the Horn of Africa country. Mattis' trip to the Middle East and Africa comes as the US ups pressure on militant groups including al-Shabab. 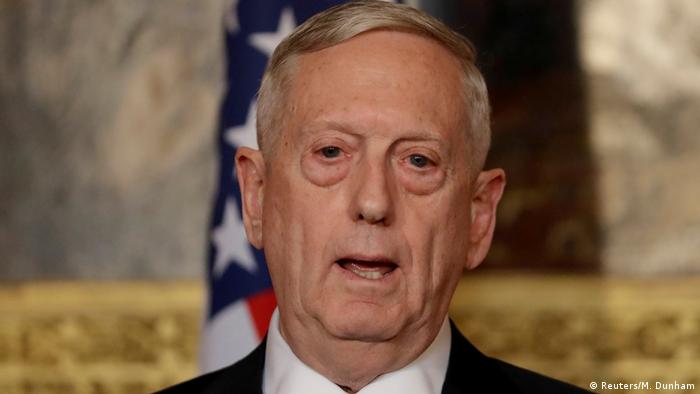 Vice President Mike Pence and Defense Secretary Jim Mattis have criticized Pyongyang's recent "reckless" acts, reassuring allies in the region that under Donald Trump the US will stand up to its enemies with its allies. (19.04.2017)

Officials say Kenyan troops taking part in an AU mission in Somalia have attacked an al-Shabab camp in the south, killing 52 militants. Kenya has claimed several recent successes against the group. (21.04.2017)

US Defense Secretary Jim Mattis became the first Trump administration official to visit Djibouti on Sunday as he toured Camp Lemonnier, the US' only permanent base on the African continent.

Mattis is scheduled to meet with Djibouti's President Ismael Omar Guelleh and US General Thomas Waldhauser, commander of US troops in Africa.

Home to around 4,000 US soldiers and contractors, Camp Lemonnier is crucial to US military operations in Somalia against militant groups such as al-Shabab. The group continues to carry out deadly bombings despite losing much of its territory to African Union peacekeepers supporting the government in Somalia.

The base also supports US operations in Yemen, where special forces carry out drone strikes against Al-Qaeda in the Arabian Peninsula (AQAP).

Mattis' visit to Djibouti, part of a week-long tour in the Middle East and Africa, comes as Washington has granted the US military greater authority to strike al-Shabab militants in Somalia.

Djibouti, a tiny country located between Ethiopia, Eritrea and Somalia, has also been key in international efforts to counter piracy over the past ten years. It also hosts Japanese and French bases. 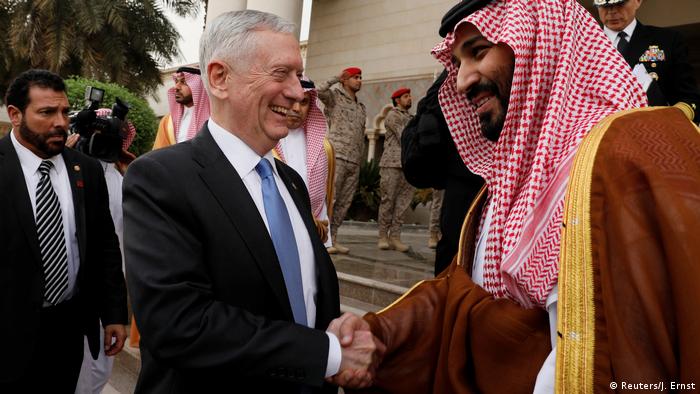 Mattis in the Middle East

Over the past week, Trump's defense secretary has met with leaders in Egypt, Qatar, Israel and Saudi Arabia in an attempt to renew or strengthen relationships with allies in the region.

While in the Qatari capital Doha on Saturday, Mattis told ruler Sheikh Tamim bin Hamad Al Thani that he would personally look after their relationship.

"Your highness, relationships get better or weaker, and I'm committed to making it better from our side," Mattis said.

The US has a fleet of transport, bomber, fighter, and surveillance aircraft stationed at Qatar's al-Udeid air base, which coordinates US air missions in the Middle East and Afghanistan.