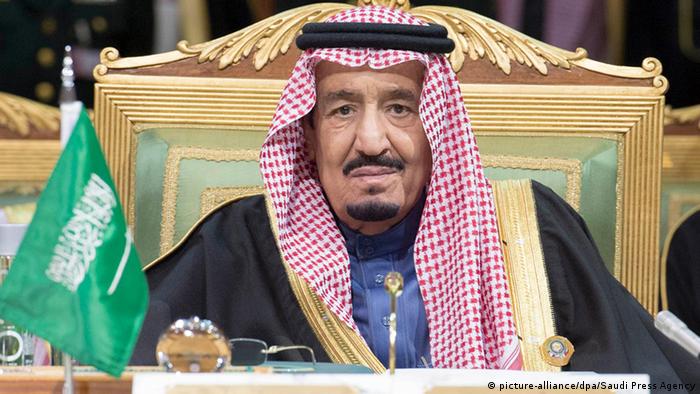 King Salman initiated wide-ranging shake-ups via royal decrees late Saturday, including the appointment of one of his sons as Saudi Arabia's new ambassador to Washington.

Longstanding oil supply-based ties between Gulf States and the US became frayed during the past Obama administration.

Saudi Arabia was visited in the past week by Jim Mattis, the new US defense secretary under President Donald Trump who in January denounced the "harmful influence" of Iran, Saudi Arabia's rival neighbor. 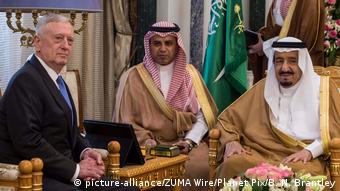 Late last year, the Arab News reported that Araj was under investigation by the kingdom's anti-corruption commission for the alleged "irregular hiring" of his son.

Two years ago, Saudi Arabia alongside Gulf nations such as Qatar began a campaign again Houthi rebels in Yemen, described by some analysts as a "quagmire." The US provides logistical and intelligence support for that Saudi-led coalition.

In a key move, King Salman restored financial allowances for civil servants and military personnel slashed 20 percent last September as the kingdom sought to save money at a time of low oil prices.

The recommendation to reinstate pay levels had come from the second-in-line to the throne, Deputy Crown Prince Mohammed bin Salman, another of the king's sons and also defense minister, who leads a drive to diversify the economy called "Vision 2030." 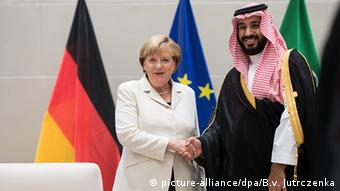 Chancellor Merkel with Crown Prince Salman in China in 2016

Government employees make up about two-thirds of working Saudis.

Last Thursday, the Saudi labor ministry announced that foreigners would no longer be allowed to work in Saudi Arabia's numerous shopping malls.

Only Saudi men and women would work in malls across the kingdom, the ministry said in a Twitter message.

About nine million foreigners work in the kingdom, according to latest available figures from 2015, ranging from street cleaning, waiting on tables and providing management expertise.

Bloomberg News said from July the Saudi government planned to impose a levy on foreign workers with dependents.

For Saudi males it was 5.7 percent, Jadwa said. Saudis typically favor jobs in the public sector, where hours are shorter.

King Salman toured Asia in March that included visits to Indonesia, Malaysia, Japan and China, and resulted in trade and investment deals.