The new department will oversee half of the kingdom's economic output as the country continues to diversify its economy. The newly appointed energy minister plans investment in renewables and mining. 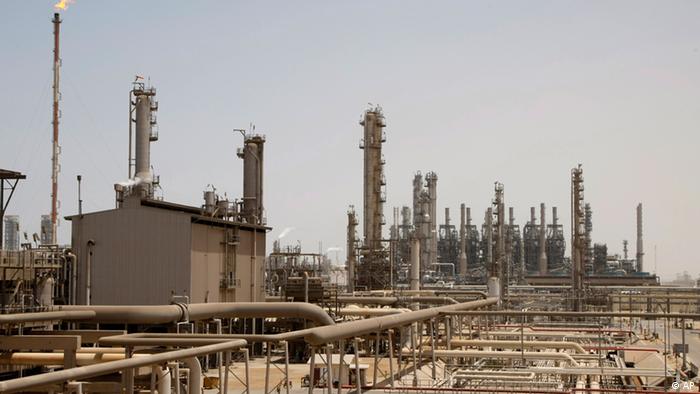 The creation of the new mega-ministry is designed to cut through a tangled bureaucracy and make a major economic reform program, known as Vision 2030, easier to implement.

On Sunday, the newly appointed minister, Khalid al-Falih, pledged to continue diversifying the country's sources of energy to reduce it's reliance on revenues from crude oil.

"The ministry will be inspired by the 2030 Vision for boosting supplies of energy, diversifying its sources and setting up new influential industries in order to add to the value of the national economy," he said in a statement.

The new Energy, Industry and Mineral Resources Ministry was announced on Saturday as part of a major reshuffle of ministers by Saudi Arabia's King Salman. The department will handle oil and gas extraction, power generation and distribution, mining and industrial development.

The change follows similar strategic changes by the oil-producing Gulf neighbors Qatar and the United Arab Emirates as they seek to diversify their economies beyond oil. 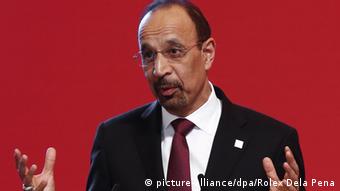 Falih is in charge of more than half of economic output

Diversify away from oil

Falih has the authority to oversee plans for nuclear and renewable energy production, which were put on hold when other parts of the Saudi bureaucracy objected.

Unveiled two weeks ago, the Vision 2030 plan involves selling up to 5 per cent of Aramco, the world's largest oil production company, via an initial public offering.

Saudi Arabia has announced the ouster of its longtime oil minister as part of a larger government shakeup. Outgoing minister Ali al-Naimi had been a pillar of Saudi oil policy since 1995. (08.05.2016)

As Germany looks to ditch Russian oil and gas for good, its domestic energy industry is a key side actor — but can it step up to the plate? We search for clues in the village where Germany's oil sector was born.